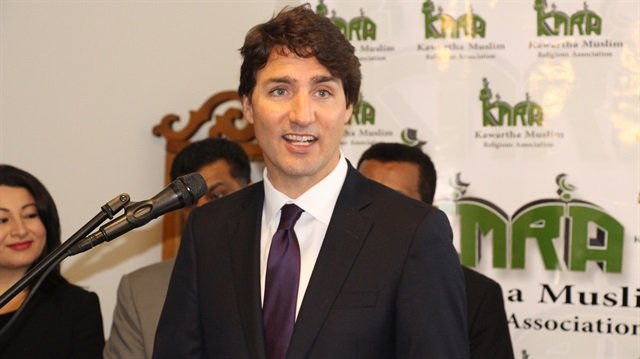 “By coming together virtually, we’ll be able to stay connected and still honour the values at the heart of Islam – compassion, peace, and service to others. Ramadan Mubarak!”

In a video presentation, PM Trudeau said the “month-long spiritual journey of fasting and prayer” is traditionally a time of “collective gathering” but will “look different” this year as the country continues its fight against COVID-19.

CAP Observation: A virtual celebration of the Christian holiday of Easter, which took place on Sunday, April 12th, 2020 was entirely pushed aside by Justin Trudeau, his Liberal party, as well as his media-puppets at CBC News.

Why would Mr. Trudeau— self-professed Christian— prioritize the virtual dissemination of the Islamic celebration of Ramadan from coast-to-coast in Canada, while ignoring the same for his Christian faith?

Why would CBC and corporate Canadian media go along for the ride, rather than side with PM Trudeau’s “multicultural” advocacy which calls for social and religious equality in Canada?

Quick Answer: Because Justin Trudeau;s personal brand of “diversity” has nothing to do with social equality. Based upon the fervency of the Covid-19 related national Ramadan push, one would think one or more of the following would be a reality:

Justin Trudeau is a Muslim convert, and not a Christian.

The ruling Liberal government are in the Islamic promotion business.

Establishment media are in the Islamic promotion business

The Liberal government understands that the Nation of Islam is the future of Canada, and act accordingly.

What a strange, mixed-up, inverted  political force we have in Justin & the Liberal’s “post-modern” Canada.

Seems to CAP that our nation is definitely “post-something.” Based upon this Covid-19 Ramadan dynamic, here is a one educated guess in this regard:

Post-modern Canada is vehemently post-Christian. Media say nothing. Leading journalist from an Anglophone background say nothing.

More that media eschew: It does appear that China’s global pandemic has had positive results for specific factions of society. Canada’s “multicultural” non-profit organizations have hit up at least a dozen municipal governments for a specific privilege:

Public broadcasts of Ramadan prayers containing the messaging “their is no god but Allah” in the town squares of Halifax, NS, Brampton, ON, Vancouver BC, Calgary, AB and others.

It comes as a “major shock” that all these City Councils have bought into the Ramadan promotion business. When Canadians complain, they are branded racist bigots—end of story.

Fact: CBC has been promoting the dissemination of Islamic ideology throughout Canada for years now. Multicult groups such as Council of Canadian Muslims have been successfully playing the “feel sorry for us” card to great effect. Our major cities have bought the “crying game,” and of course, CBC Media, as well as the Prime Minister of Canada.

As for Trudeau’s personal faith— he claims he is a Christian— yet does not promote religious equality in this or any other regard. Hypocrisy much? Of course— Mr. Trudeau is PM for a very specific purpose:

To work the will of the United Nations for the purpose of trans-forming Canada from democracy to dictatorship.

CAP Skill Testing Question: Between Christianity and Islam, which religion on an historical basis is more conducive to totalitarian political ideology.

There’s your answer as to why the Liberal Party of Canada are promoting Islam while eschewing the Christian faith. According to Statistics Canada, a mere 4% of our population follow the Islamic faith.

So why then does Mr. Trudeau force Islamic prayers  upon the remaining 96%?

Simple as apple pie: Because it is HIS JOB.

Don’t you know? Canada is finished as a Christian nation. Not that our constitution claims the dying Great White North is fundamentally a Christian country.

Rather, the roots of “constitutional” Canada are found in the form of British governance. Canada’s founder—relegated to the trash bin by Liberal-Globalists—was a Scottish Christian, Sir John A. MacDonald

Fact: Post-2nd World War civil and human rights in Canada are the product of western, Christian and European sources.

Liberal-Globalist response? Throw Christianity aside for the 4% of Canadians whose heritage is devoid of influence upon the “moral fibre” of the nation of Canada.

This, fellow patriots, is Justin Trudeau. This was Papa Pierre Trudeau. It is Canadian “diversity”— as well as anti-Anglophone/European “multicultural” policy.

Turns out Canadian government, Canadian media, Canadian academia all back the Nation of Islam, while shunning the Christian faith that some 65% of Canadians derive from.

CBC say nothing as they continue to decimate traditional Canadian society on behalf of Justin Trudeau, United Nations, China(hates Christianity), Nation of Islam and the rest of the Liberal-Globalist cultural destroyers.

1 thought on “Justin Trudeau, CBC Use Covid-19 To PROMOTE “VIRTUAL” RAMADAN Across Canada”