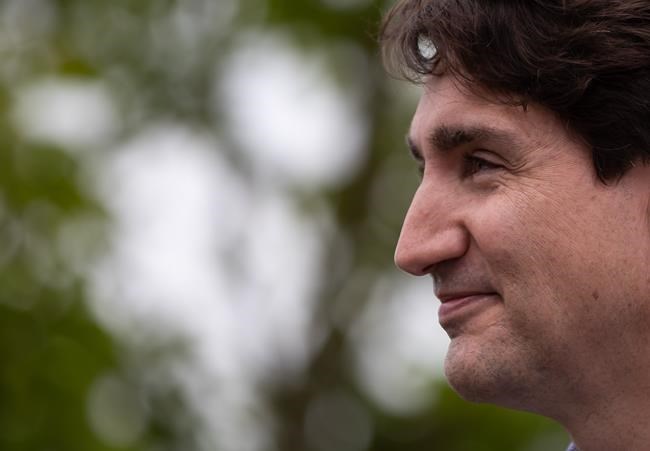 Has it really been 5 years and 9 months since Justin Trudeau became prime minister of Canada? If so, it is also the length of time in which the following observations can be made:

Since the advent of PM Trudeau, mainstream media have indulged in an endless series of peculiar behaviours. For one thing, they fully support government’s preference for 3rd World citizens and immigrants over “Old Stock” Canadians.  To invert this fact is to recognize an agenda of systemic prejudice against Anglophone and Christian Canadians.

In what appears to be a tag-team event, legacy media reflect a most flagrant irony: while PM Trudeau promotes diversity of peoples, society is more divided than ever. Name a major media organization, and CAP will name one which has never spoken of this social paradox.

Additional consistencies provide colour commentary. The main competitor to a Liberal Government dynasty is the Conservative Party of Canada. Now, apply just under six years of comprehensive media bashing to this dynamic. In monolithic fashion, CBC, CTV, Globe & Mail and the rest have spent the past six years grinding the CPC to a pulp.

Welcome to the dinosaur party of the decade. As far as Cultural Action Party is concerned, the CPC are best described as “dead meat.” Pourquoi? Because Canada has taken on the affectations of the style of governance most admired by Justin Trudeau– communism.

Think about it–no matter how many ethics commission inquiries are directed at the PMO, the Liberals perpetually lead in the polls. Justin Trudeau could stand on his head and spit nickels while wearing a satin Sari, and he will still win a future election.

This politician can welcome ISIS terrorists to Canada, and remain PM. Perhaps  worst of all, Trudeau can undermine democracy while transitioning Anglophone-Canadians into second class  citizens– and be projected to return to a majority government.

Conversely, the number of media articles in the past six years which speak highly of the Conservatives, leader Erin O’Toole, former leader Andrew Scheer, or former PM Stephen Harper can be counted on one hand.

One phenomenon in particular is most revelatory: it is not that National Post, Toronto Star and Global News perpetually pump-up Justin Trudeau. To minimize bias, they utilize this sneaky strategy:

Whenever negative circumstances pile up for PM Justin, legacy media make the Conservatives appear even worse. If readers care to notice, be mindful of what occurs each time our PM finds himself embroiled in scandal. Instantly, the Conservatives are racists. As sure as you’re born, CPC members of parliament transition to abortion mongers. When Trudeau looks bad, the Cons look worse–and the choice becomes between the “lesser of two evils.”

Most Canadians are interested in fair federal elections. To bad our country will never have one again. The reason is found is a simple post-modern observation. Canada is not run by government–it is controlled by a combination of government and media.

In this capacity, say no go to the Conservative Party forming a federal government ever again. Establishment media’s choice for pseudo-dictator is Justin Trudeau. So let it be written, so let it be done.