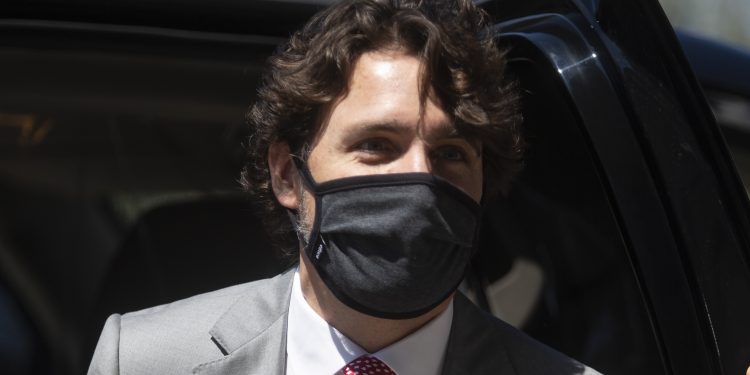 Under the leadership of Prime Minister Justin Trudeau, Canada has morphed into what can be fairly described as a surreal society. Among the endless oddities, the Covid pandemic stands out as the leading catalyst.

As CAP has stated endlessly, PM Trudeau is without question the most bizarre decision-maker of any prime minister in history.  After five years of a promotion of his “diversity is our strength” manifesto, fair to say Canadians are more divided than ever.

If social media can function as a barometer, our ruling PM is hated more than ever before. Even those commenting  on obvious left-wing stalwarts CBC and Globe & Mail are trashing Trudeau.

This is but one area of a growing malevolence establishment media have muted. Another is the fact that Canada has been funneling billions of dollars  to developing 3rd World nations for decades. Although the trend did not begin with Justin Trudeau, it is this man who put the practice “through the roof.”

Under Trudeau’s reign, Some $10 Billion Canadian tax-dollars have been given or earmarked for nations such as Afghanistan, Iraq, Syria, Somalia, Nigeria, Ethiopia and dozens more Middle Eastern and African nations.

Why does this occur? Apart from so-called “compassionate” justifications comes a another thought: Justin Trudeau wants to impress the world. Does the idea of billions of tax dollars being shipped off to elevate Trudeau’s public image sound like a rockin’ good time to Canadian citizens? Highly doubtful–not that we have a say in the post-modern decision-making of government. How “2014” of us to think in this manner.

Enter the Covid pandemic of 2020. Does this not justify a decrease of the dollar value of funds dispersed to Africa and the Middle East? For example, in 2019, government handed Afghanistan a cool $197 Million Dollars. Does an 88% decrease in 2020 not seem reasonable?

Too bad it will never happen.  Shifting from the international to the domestic, we discover  this comment from PM Trudeau:

“I always laugh when you see people who are intolerant or who think, ‘Go back to your own country,’” Trudeau said.

“No!”  “You chose this country. This is your country MORE than it is for others because we take it for granted.”

What to make of this? For a man who clings to the “diversity is our strength” mantra like a drowning man clings to the Rock of Gibraltar, this is one hell of a divisive statement.

Degree to which CBC, CTV, Globe & Mail, National Post and Toronto Star allude to this? You got it–nothing at all. Seems mainstream media are fully aligned with Trudeau’s “Great Reset” ethos.

On a more pragmatic level, we find this piece of curiousity: Trudeau is a two-time winner of the office of prime minister. Even worse, he is currently leading in the polls, with predictions that the Liberals will be returning to a majority government come a future election.

Based upon our discourse, CAP can see how every living 3rd World immigrant would vote Liberal. Yet, the fact is, Old Stock Canadians have yet to take our position as a bona fide “minority” community.

Therefore–if our federal elections are on the “up and up”– this means millions of Old Stock voters are checking off the Liberals on their voting ballot.

Voting for a PM who values the 3rd World and its people more than citizens who have lived in Canada for generations? That’s pretty rich, to say the least.

Such is the surreal state of Canadian society CAP has alluded to since the day PM Justin Trudeau assumed his place on the throne of our nation.