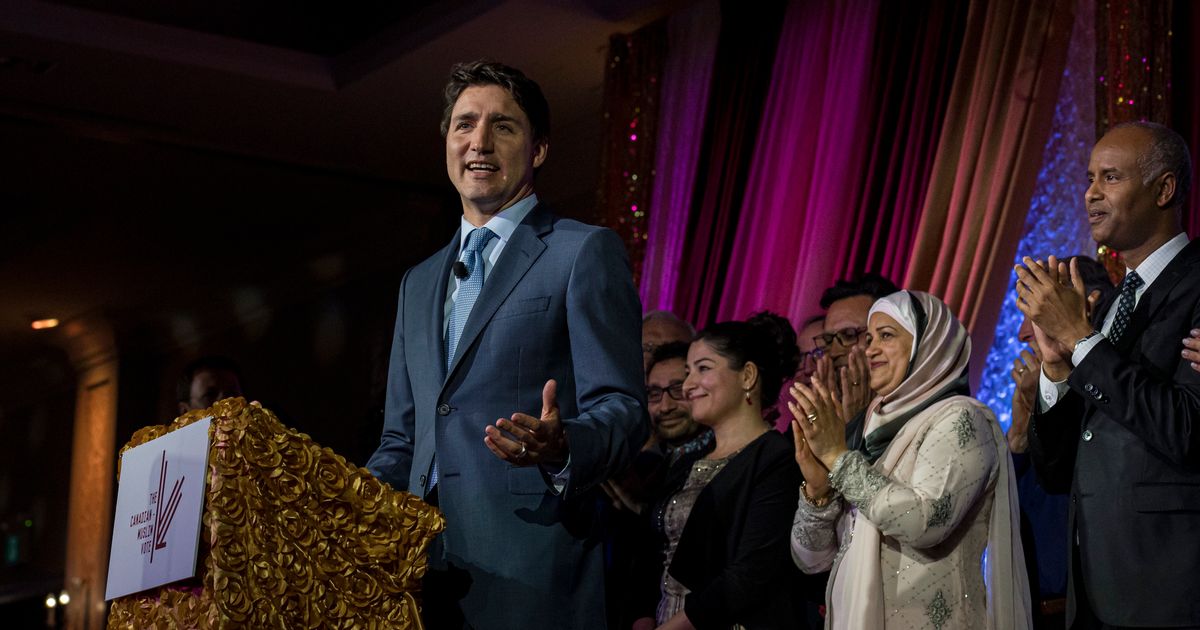 Vernon, British Columbia is one of 11 communities in Canada participating in the Rural and Northern Immigration Pilot (RNIP) program.  The program was designed to spread the benefits of economic immigration to communities outside of the larger metropolitan areas of the country.

Let us undertsand exactly how a Liberal-Globalist program like this plays out in society over time. The initial incarnation targets 11 Canadian communities. Then the program is rolled out to more and more small towns and cities in Canada. For example, 35 communities for the year 2021, 65 towns targeted towns in 2023, and up,up, up from here.

Who was the immigration minister at the time of conception of this ominous program of social engineering? Why, it is Trudeau-appointed Somalian refugee and religious supremacist, MP Ahmed Hussen.

In our opinion, Mr. Hussen’s animus toward Anglophone nation has contributed to this program of incremental transformation of our people to a minority community in Canada.

In other words, this agenda is punitive--and Justin Trudeau is on board 100%.

What else will CBC, Globe & Mail and Toronto Star hold back from the awareness of 37.5 million Canadians? Try this on for size:

Establishment media will not mention a single word about the emulation of urban Canadians demographics within rural Canadian communities–so CAP will do so:

Just as some 30-40 urban ridings have trans-sitioned from white majorities to white minority communities, media will refrain from informing Anglophone Canada that the same process in now being unrolled for rural Canada.

Expand this to 170 ridings and bang-zoom, Canada is 100% re-invented as a nation. 3rd world communities and their MP’scontrol the majority of seats in Parliament. Many are born in 3rd World nations, and hold dual citizenship like Trudeau favourites MP Omar Alghabra, Maryam Monsef, Iqra Khalid and Ahmed Hussen.

Stop The Press: So who is responsible? Which entity is the catalyst for the “Great White North” finding itself the target of geo-political Islam, Chinese communism, socialist media dynamics, and Sikh Nationalist success?

One would think this a complex question, and in truth, the situation is one of complexity. Yet, the beginning of this cultural decimation has a definitive starting point– the day ex-Liberal Prime Minister Pierre Trudeau became the leader of our nation.

The Charter of Rights and Freedoms(1982). This statute, integrated into the Canadian constitution by Trudeau Sr., began a transition of power which has played out every day since its inception– the empowerment of “special interest” Canada, and a corresponding disempowerment of “traditional” Canada– Anglophones, Francophones and Christian-Canadians.

Next, the Multicultural Act of Canada(1988). This statute established the greatest political cash grab outside of  Pierre Trudeau’s punitive Nation Energy Program. Suddenly, billions of Canadian tax-payer dollars began flowing out of the hands of Old Stock Canada, and directly into the hands of 3rd World Canada.

Immigration, refugee and multicultural not-for-profit organizations became empowered like never before. Over the past thirty years, billions upon billions of tax dollars have been taken from the wallets of working Canadians, and been transferred into the hands of organizations such as National Council Of Canadian Muslims–arguably the most powerful “multicultural” non-profit group in Canada.

Remember reading about all of this is that fascinating John Ibbitsonpiece in the Globe & Mail? How about CBC’s excellent 30-minute TV special on the topic?

Blink, and you missed it–because it never occurred in the first place. Talk about a globalist plot of public deception. When government control media, communist methodologies have penetrated a western society.

This is the untold story of the seduction and ultimate decimation of traditional Old Stock, Anglophone and Christian Canada.