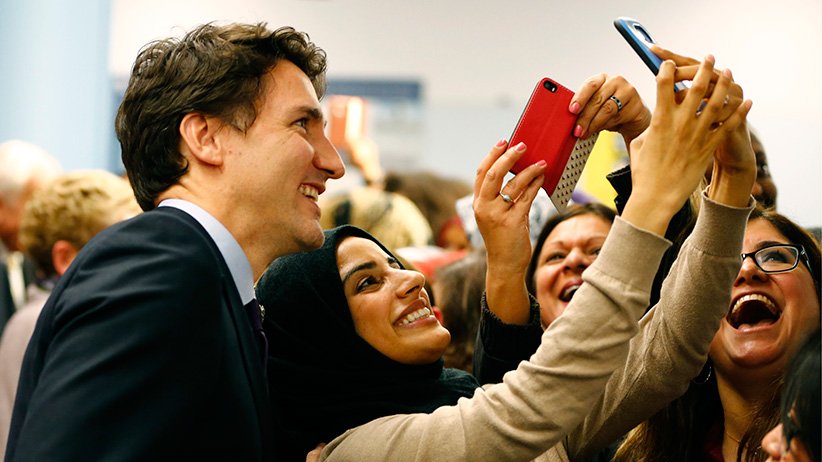 Prime Minister Justin Trudeau  believes that Canadian nationals who join ISIS can be rehabilitated into “powerful” voices against radicalism in Canada. It was the Trudeau government that rewarded a convicted terrorist with Canadian citizenship and has used the Canada Summer Job Grant to fund an Islamic group with terror ties and another with a history of anti-gay rhetoric.

But not to worry. Canadians can rest easy knowing that this same government has also allocated $367,000 CAD to rehabilitation projects that use “art-based pedagogy and poetry” to fight against ISIS radicalization.

Oh, this will do wonders to turn around the minds of convicted Islamic killers and rapists. Give them a dose of “The Love Song Of Alfred J. Prufrock” by T.S. Eliot, set them up with satellite TV in their living rooms, and be done with the whole dirty business.

From the ridiculous to the idiotic. Such is the methodology of PM Trudeau for dealing with those who mass murder in the name of Allah. What an absolute SHAM.

Where is Canadian establishment media on this bizarre development? NOWHERE–that’s where. Is this absurdity NOT newsworthy? Of course it is–the very reason why CBC, Globe & Mail and Toronto Star have omitted it from terror-related news reporting.

Many will recall the case known as the Danforth Murders. Media were intent on sympathetically portraying the gunman and his family. The Toronto Star published op-eds blaming the shooting on the murderer’s masculinity, while another described the gunman as suffering from “a complicated past full of family misfortune.” A columnist with the National Post wrote that those who do not support the shooter’s family should be ashamed of themselves.

It almost seems as though the media forgot that there were actual victims of this massacre, including a little girl. Perhaps we should also show sympathy to the shooter’s older brother, who had gang ties and was facing drug and weapons-related charges, and who likely supplied the shooter with his gun.

Such is the state-of-affairs in Trudeau’s post-modern Canada. Protect the killers and their families, and send the ones who didn’t shoot themselves in the head after committing murder to poetry classes.

This is Justin’s Canada. It is our current Liberal government It is the state of establishment media in Canada, as well as our socialist-infused education system. With institutions such as these, who needs enemies?