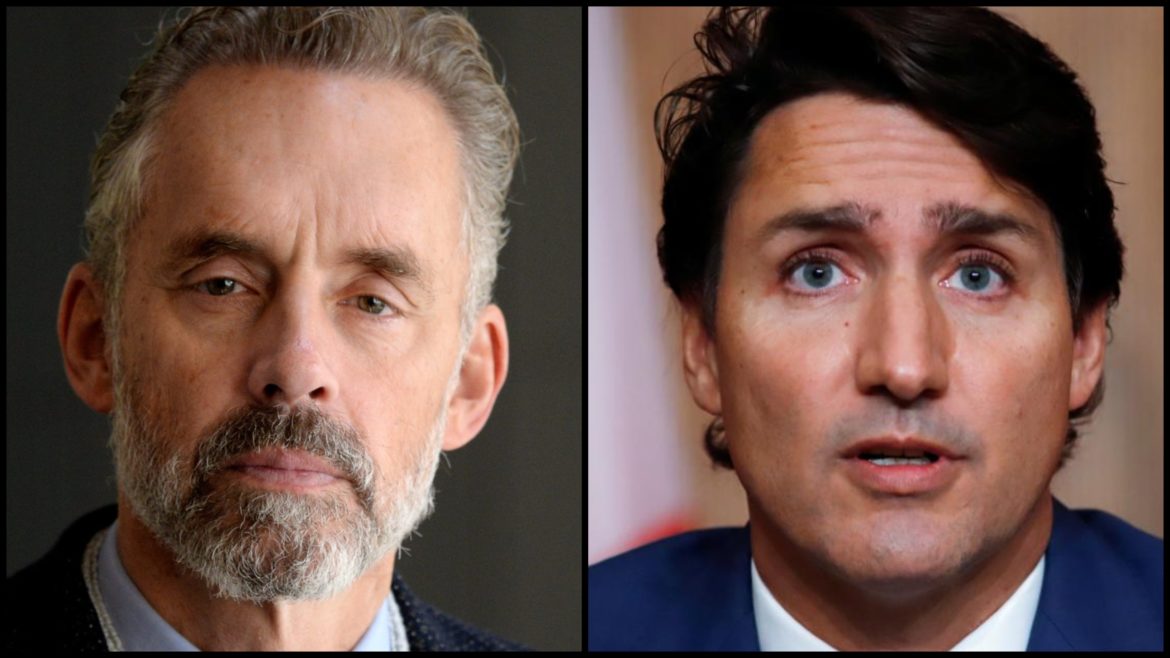 Leading psychologist and author Jordan Peterson has publicly hit out against Canadian Prime Minister Justin Trudeau‘s plea for people to get a COVID booster stating: “You’d have to kill me first.”

What a difference a border makes. The quote comes from a featured article in Newsweek, America’s most prominent news magazine.

Then we have Canadian media exposure. Simply put–there isn’t any. At least nothing which can be found using the most popular internet search engines.

What gives? Why is it that mainstream media in Canada constantly play “cover-up” for Prime Minister Justin Trudeau? What happened to pertinent, objective news reporting in Canada?

It has gone the way of the dinosaur. This being one of the many “gifts” our ruling Liberal government has bestowed upon the public. Their “progressive” style of governance has progressed to establishing a comprehensive media bubble within 2021 society.

No alternate theory permitted. Which includes either the neglect or obfuscation of what Professor Jordan Peterson has to say about Covid–or anything else.

As a guest on the conservative talk show The Rubin Report, Peterson said that COVID-19 policy was “being driven by people who are more afraid than they should be.”

Peterson has stated  that the push to get children inoculated against COVID was “absolutely reprehensible.”

So long, Jordan Peterson. You are now banished from the “Kingdom of Wokeness.” Your opinions are unacceptable within Canadian society. Please walk in line to your place within our nation’s ghettoized community of anti-Vaxxers.

Sunny ways, fellow Canadians–sunny ways. This is what Justin Trudeau promised citizens upon election in 2015.

Turns out he was a tad off-base. The state of society in 2021 is one of a curious form of “liberal-totalitarianism.” An oxymoron to be sure– until one casts aside media presentation. Once accomplished, astute observers come to perceive the authoritarian strain weaving its way through our society.

Who better to lead the woke war than Justin Trudeau? Raised in a household in which despotic communist leaders are venerated, our present PM is the ideal figure to lead Canada from democracy to dictatorship.

Covid has cleared the path for success, and Jordan Peterson knows it to be true.

After teaching and research at Harvard University, he returned to Canada in 1998 to permanently join the faculty of psychology at the University of Toronto.

Justin Trudeau used to be ski-boarding instructor, and then became a part-time high school teacher. Yet, despite the facetiousness, this is no laughing matter.

The history of the 20th century is filled with examples of under-achievers finding success in a framework of totalitarian rule. In fact, one could argue these people are best suited for the role–their drive to “prove the world wrong” being of an obsessive nature.

For CAP, this is Justin Trudeau in spades. As an under-achiever in his famous father’s eyes, he was primed and ready to make his mark upon the world stage if offered the opportunity.

It has been granted to him– and as expected, he has made a giant mess out of the entire situation. Still, he did one smart thing. He bought the media so that the truth would never be communicated to the people of Canada.

Jordan Peterson has the smarts to recognize all of this. As such, when compelled to adhere to a Covid edict from Justin Trudeau, he has this to say:

“You’d have to kill me first.”

67 thoughts on “Jordan Peterson On Trudeau’s Vaccine Edict: “You’d Have To Kill Me First””