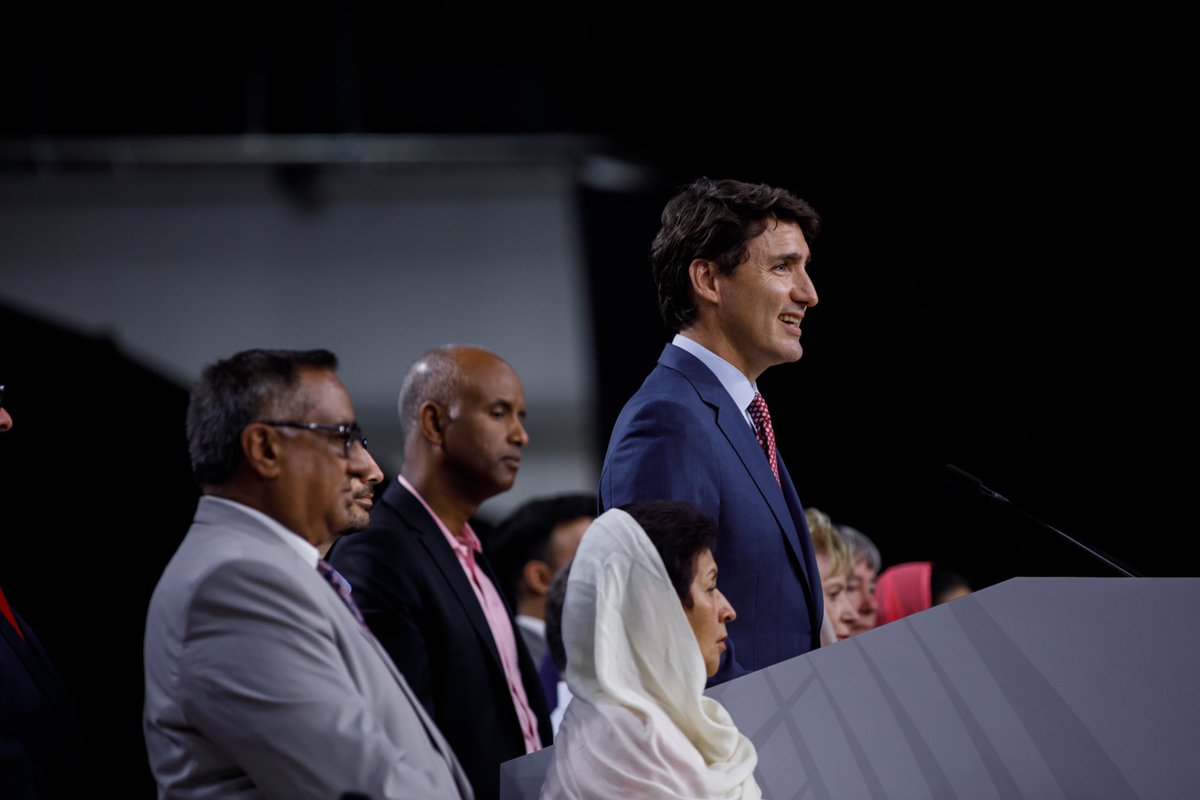 Dan Donovan is a Canadian media figure with a long list of credentials. Apart from his current role as publisher of Ottawa Life Magazine, Donovan has featured in the Globe and Mail, Financial Post, Toronto Sun, Ottawa Citizen and The Hill Times.

In an article published this month, the seasoned journalist lays his feeling on the line:

“Jews in Canada should be very worried and very afraid of the Trudeau government.”

Perhaps it rings a bell for students of history. Conjuring up images of historical fascism, a prominent Canadian writer applies the phenomenon to PM Justin Trudeau’s “Sunny Ways” government.

Much of the ruckus is rooted in a recent event involving Trudeau’s Minister of Multiculturalism, MP Ahmed Hussen. It appears he went and hired a known Jew-hater to work as an “anti-racism” consultant. His name is Laith Marouf, a Muslim-Canadian. This fellow has some harsh words to say about Canadian Jews.

According to Ottawa Life, “we have since learned that Liberal Cabinet Member Hussen was warned about “the Laith Marouf (CMAC) application and his disturbing anti-semitic tweets by no less than a fellow Liberal MP, Anthony Housefather.”

“Hussen and the department initially ignored Housefather’s concerns until the media started reporting them. If that is true, then given the content of the tweets, Hussen should resign.

MP Ahmed Hussen is one Justin Trudeau’s primary go-to persons to capture the Muslim-Canadian vote. He will not resign, nor will the request cross his desk. As with boss-man Justin, he is a protected entity. Like others in his capacity, Hussen is considered a product of the World Economic Forum, and as such, is protected from condemnation by Canadian media.

The firing of Hussen just doesn’t jive with the direction our country is headed. In this regard, CAP site an affinity between Pierre Trudeau and so-called offspring Justin Trudeau.

These two enjoy taking the fate of our nation into their neo-communist hands to transform society against the will of the general public.

In the year 1971, Pierre Trudeau cancelled Canada’s bi-cultural English and French Canadian identity. He had no public mandate to do so. At the same time, Trudeau Sr. forced Multiculturalism upon Canada. He did so unilaterally, devoid of consideration or approval from the citizens of our country. PET followed this up with the integration of China into the fabric of Canadian society.

In 2015, another Trudeau arrived at the PMO to continue the family arrogance displayed by presumed father. Justin Trudeau was now on a mission. His goal was to upset the religious order of society.

Grinding down Christian Canada with accusations of genocide toward Indigenous communities, Trudeau transferred the Christian faith to a religious doghouse. In its stead, the PM elevated Sikhism and Islam to the pinnacle of society’s religious order.

Between the two Trudeau’s, Canada has been fundamentally transformed. Throughout the multi-decade process, establishment media referenced not one speck of our national transformation.

As a result, Canada is no longer what it was. Not that a society is to be cast-in-stone for all-time. Progress is endemic within western society, and no one has pushed this ticket like current PM Justin Trudeau.

The rate at which Trudeau Part 2 has transformed our country is enough to make a common sense Canadian’s head spin. Because media are paid to obfuscate the circumstances, it is difficult for most Canadian to comprehend the degree of transformation.

“I have a motto: Life is too short for shoes with laces or for entertaining Jewish white supremacists with anything but a b*llet to the head”

Wunderbar. What a sweet, sweet man. Witness the inversion of Canadian society via Justin Trudeau and his communist Liberal cabal.

Christianity is ripe for attack. Not a problem there. In Trudeau’s “post-modern” Canada, rabid racists sit on anti-racism consultation boards. Looks as if Canada has been driven to a condition in which demarcation exists within the spectrum of our pluralist society. Some are damned; others are sanctioned.

The future of our country hangs in the balance. The Liberal government of Canada are pro-Muslim, pro-Sikh, anti-Christian and anti-Jewish.

Media say nothing. Given this convenience, they maintain the privilege of never having to speculate on the political or ideological source of transformation. Canada is being cajoled into a communist society.

In his book, Federalism and the French-Canadians(1968), Pierre Trudeau is asked a point-blank question:

Justin Trudeau is here to complete Pierre’s vision. Media are in place to bury the truth from 38 million Canadians.