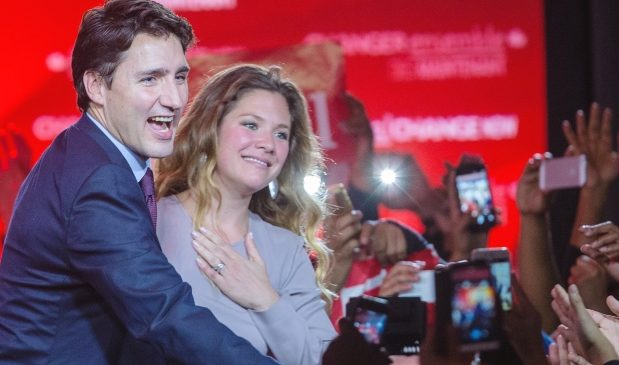 Japanese applicants for transgender surgery are required to be STERILE, single, without children under 20 and undergo a psychiatric evaluation to receive a diagnosis of “Gender Identity Disorder”—usually known as gender dysphoria in the US and UK.

Last year, the Japanese government announced that it would subsidize gender affirming surgery for trans people—as long as they are not receiving hormone treatment and do not have any other pre-existing conditions.

In their decision, the justices said that Law 111 prevented “problems” in relationships between parents and children which could result in “confusion” and “abrupt changes” across Japanese society.

Then, we have Justin Trudeau’s post-national Canada. What are the laws and regulations as related to transgenderism? Simple- THERE ARE NONE. This way, any Canadian of any age can qualify for tax-payer funded Sex Change surgery.

Wonderbar. No rules, no regulations, no nothing. This, regarding a dangerous procedure for Canadians–including our young children.

WHY? How come not a single regulation exists regarding the injection of non-FDA approved hormone drugs into the bodies of children as young as 12 years of age?

What kind of government would maintain a “no-policy” position on transgenderism? Answer: A Liberal government

The panel of four justices ruled unanimously to reject an appeal filed by Takakito Usui, a trans man who wants to change the gender on his official documents, Australian outlet SBS News has reported.

Here, we discover tangible evidence that sex change therapy is far from a “walk in the park” as Canadian media profess. In truth, it is a highly controversial social issue filled with nuance and complexity. No wonder Justin Trudeau has nothing to say about it!

But King Trudeau is not the only one who takes this position. Here is a brief list of entities who have no concern for the health and welfare of adults and children as it relates to transgenderism in Canada:

Please do tell– why on earth is there not a single element listed above who issue any form of critique, warning or condemnation of any aspect of this sordid  situation?

It’s a darn mystery. No one knows, and no one QUESTIONS. What an unbelievable state-of-affairs this is. A veritable “Crime Of The Century.”

At this stage of the gamer, there is only one group fighting this scourge: Parents. As in, “parents against the state.” Now THIS is Justin Trudeau post-modern Canada in the flesh. Shades of the “Orwellian” at play. George Orwell speaks all about this through his allegorical political novel, Animal Farm.

In this brief book, the animals run the farmer off the land. They vow never to replicate the farmer’s behaviour, yet over time the ruling class(substitute Trudeau, Moreau, Hussen for this) are the pigs on the farm. Never eat human food, never sleep in human beds.

Of course, over time, the pigs do this very thing. They re-write their “Animal Manifesto” to elevate the pigs above all other farm animals. Pierre Trudeau did this with his Charter of Rights and Freedoms.

This, folks, is the government of Justin Trudeau in  a nutshell. Orwell created a metaphor for communist ideology, but who would ever believe Canada would be seduced in this manner? In a million years a 1960’s or 1970′s Canadian would never believe this could occur upon Canadian soil.

Only problem–it has–in the form of the Trudeau government. Voters–take heed. a vote for Justin Trudeau is a vote for the decimation of democracy in Canada.

It’s serious business–so serious that CBC and establishment media are working 24/7 to prevent Canadians from comprehending where Canada is headed under the pseudo-dictatorship of Justin Trudeau.

Burn that mutha down.

1 thought on “Japanese Transgendered MUST Be “Single, Sterile, No Children Under 20” Says Supreme Court”