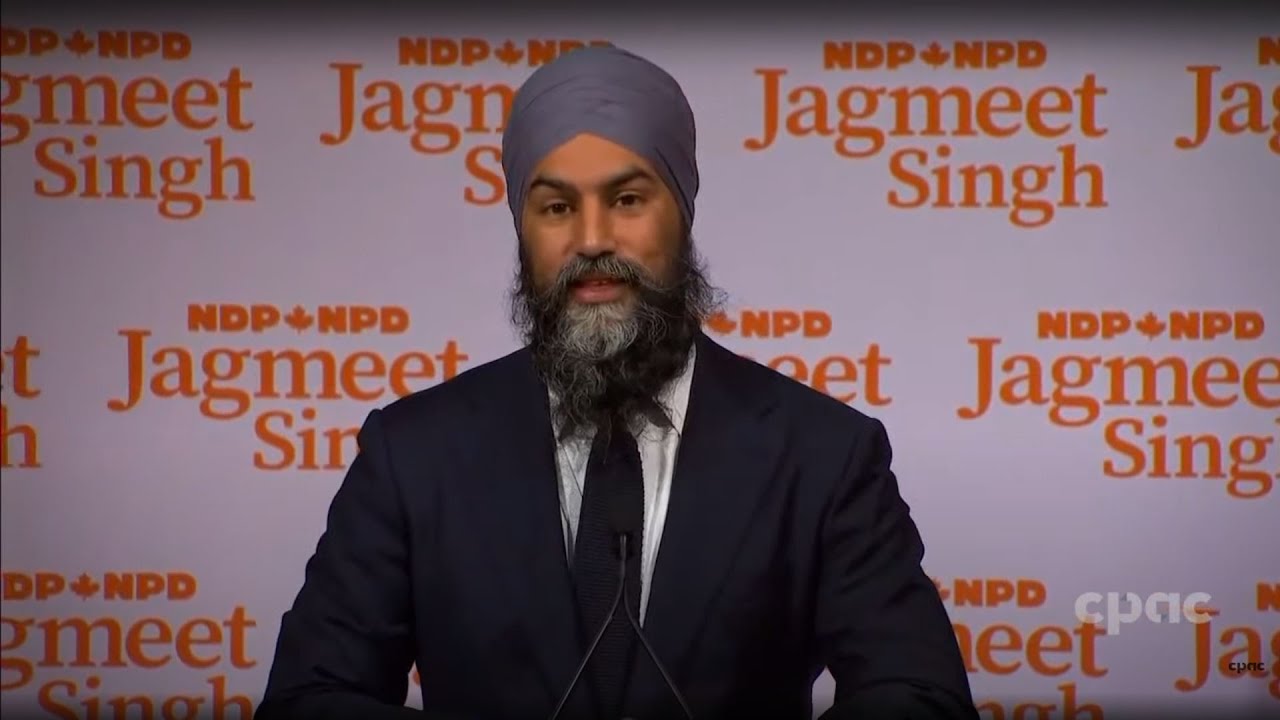 In the 1990’s, comedy lovers flocked in droves to watch Canadian Mike Myers in his Austin Powers movie trilogy. In terms of political analogies, one character in particular tweaked CAP’s interest. It arrived in the form of a height-challenged figure called “Mini-Me.”

A knock-off of the lead character, Mini-Me dedicated himself to replicating the behaviour of boss-man Mr. Powers.

Turns out the same dynamic is found with NDP leader Jagmeet Singh and his relationship with Liberal PM Justin Trudeau. In terms of branding Canada racist and homophobic, the NDP apple doesn’t fall far from the Liberal tree.

Like our ruling PM, Jagmeet Singh has some serious hatred for our country. He says Canada has a huge problem with white supremacy, as well as “Islamophobia.”

Singh stated as much as much at a National Canadian Council of Muslims Town Hall event in 2019.

Together, Justin Trudeau and Jagmeet Singh have re-branded our nation to their liking. It’s a privilege with a grand design. As they say, “timing is everything.”

It occurred the moment Justin Trudeau became prime minister. In an instant, Canada was transitioned to a hate-based society for the purpose of a re-imaging of our political landscape. The PM’s dirt-tossing has remained front-and-centre ever since.

Not that our history has changed. Rather, it comes down to interpretation. The point is not that Canada is devoid of historical bigotry. All nations experience such a thing in one form or another. Rather, it’s a leveraging of history by Canada-bashers like Jagmeet Singh which contribute to what CAP branded Justin Trudeau’s “Woke Revolution.”

“I’m committed to standing up for people by confronting online hate and Islamophobia,” said Singh.

What a shock. Like PM Trudeau, Jagmeet Singh wants to shut us up. The “us” being all those who refuse to bow to a form of Liberal fundamentalism. We are today “the damned”— those who have been shunned, stamped with a racist tattoo, and shipped to the bottom of our social barrel.

Can Canada be considered the strangest country on the planet? CAP think so– for good reason. No other western democracy is dedicated to beating the crap out of itself like the dying Great White North. Call it an inverse effect: the more a prominent politician trashes Canadian identity and heritage, the higher they go up our political totem pole.

CAP has a word for this. We call it “unnatural.” As in, non-organic, and a literal impossibility within a healthy democracy. Which, under control of our minority Liberal government, Canada most surely is not.

In what other countries do we discover this brand of socio-political masochism? The United States has some of it, as do various Western European countries. Still, no nation indulges in self-flagellation like Trudeau and Singh’s “no core identity” Canada.

Make no mistake– every bit of it is pre-conceived. Politicians like these are leading Canada straight down the drainpipe for the purpose of re-inventing society.

Jagmeet Singh announces New Democratic Party commitments to tackle racism, including Islamophobia, with action. They include:

Translation: Jagmeet Singh is every bit as neo-communist as Trudeau. Sure, some may look at this as “doing the best for society.” This is what the twin-towers of wokism want us to believe. Media want the very same.

All this activity results in a restriction of freedom of speech and communist-style censorship. Marxist Playbook, Rule #88: always position the removal of individual rights as a benefit to the public. Anyone else notice how Justin Trudeau always surrounds such edicts with “we are taking these steps as a matter of public safety.”

It’s a lark. Trudeau’s “public safety” is an erasure of free speech and individual rights. Keep it going for long enough, and witness our country transition to a bonafide authoritarian state.

It was in the cards from the moment Justin Trudeau was crowned globalist King of Canada. Knowing he may need assistance in achieving his goals, political Mini-Me  Jagmeet Singh was brought in to augment the Woke Liberal agenda. Both men are members of Klaus Schwab’s World Economic Forum