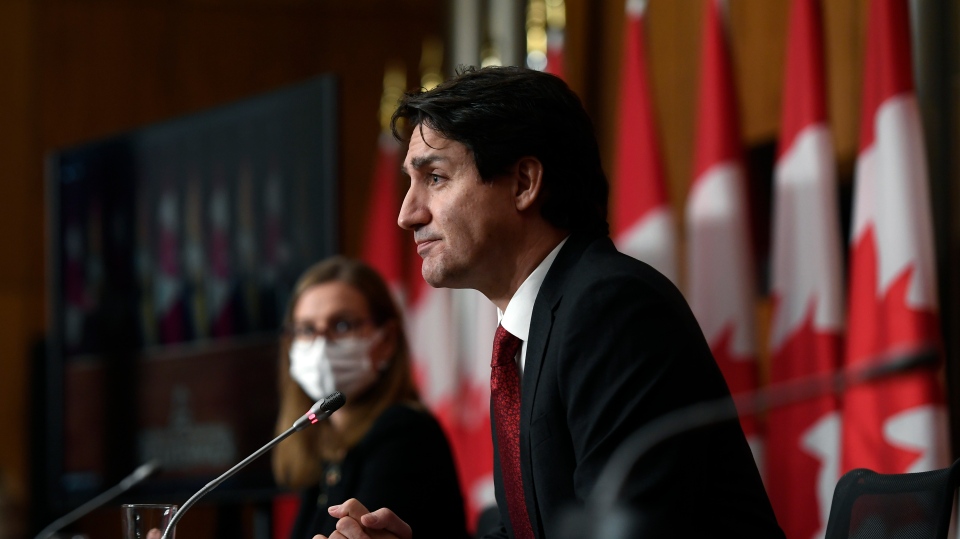 The issue of a fundamentalist Muslim woman transferred out of her job for wearing a Hijab is stirring up major dust in Canada.

A recurring theme centres on what is being positioned as a breach of Canada’s Charter of Rights and Freedoms. In an article published this week journalist Randall Denley offers his opinion on the head-covering controversy:

“Canada’s shameful past has been a big topic this year. We can’t fix that, but what about our shameful present?”

Aren’t we just the most awful country on earth? Such is the impact of decades of academic conditioning and propaganda. In this capacity, Canada is unique in the world. We hate ourselves. In a way we come by it honestly. Three-term prime minister Justin Trudeau shares this belief system– so why shouldn’t the rest of us?

Speaking of our PM, he recently offered his statement on the firing of the teacher based on Quebec’s Bill 21:

Trudeau’s thoughts went to parents who had to explain why their teacher “lost her job because of her religion.”

This is, of course, patently false: Some 90% of Muslim-Canadian women do not wear a Hijab. Not one of them would have been fired under the circumstances.

Will Trudeau’s erroneous statement make a difference in the debate? Of course not.

While Charter-breaching accusations colour the Hijab dust-up, we point to an incredible irony. Within our Covid-saturated society, these “progressives” have not a word to say regarding the greatest Charter violations in modern history.

Covid regulations violate Charter Rights every day in Canada. Not only do the woke warriors ignore the phenomenon.– every element of society has followed suit.

Thus thrives a condition endemic within Justin Trudeau’s post-modern Canada. Our controlling institutions now “pick and choose” that which they desire to be subject to law. This transition speaks volumes– the volumes not a single media outlet has communicated to our citizenship.

In terms of governance, it points to the difference between an authentic democracy, and a pseudo-democracy. Within the latter, government decide what is lawful, and what is not. The application of constitutional law is arbitrary.

Because a country is branded a constitutional democracy does not by default mean it is a reality. For such to occur, laws and legislation must be uniformly applied to all social and political circumstances.

Canada doesn’t do this anymore. And more than any phenomenon, the Covid pandemic has advanced the degeneration.

Media say nothing of the sort. But guess who does?  Ex-Newfoundland Premier Brian Peckford, the last remaining architect of the Charter of Rights and Freedoms:

“It is unbelievably tragically ironic that a second Trudeau is doing some things the same way that his father did. So, no wonder they were friends of [Fidel] Castro…obviously, they had this totalitarian bent in them that follows from father to son because why would they be doing these kinds of things?”

“Within all of these rights and freedoms, there is only one exception where they[Charter Rights] can be overridden. I am arguing that everything the government has done since the pandemic started they have not demonstrably justified was needed.”

“I think there’s a virus of fear more than anything else,” Peckford said. “Our democracy is failing and failing very fast.”

There you have it, fellow patriots. A Charter founder lays it on the line. Fellow Canadians, prepare yourselves for the fall-out. Blink, and you missed it– because there is none.

Like every other piece of anti-Liberal logic, Peckford’s comments fall on deaf ears.  None more mute than legacy media. Why? Because media no longer work for Canadians–they work for Justin Trudeau.

The bottom line is basic: Nothing can stop the trajectory of the Woke Revolution. Shades of the totalitarian in action?

Of course it is. Jabs, Hijabs– nothing affects the progression of  liberal-globalist reformation. Parallels with 20th century history remain uncanny as Justin Trudeau leads our country toward its very own Cultural Revolution.

11 thoughts on “Jabs And Hijabs: Canada’s Journey Toward A Post-Modern Dictatorship”