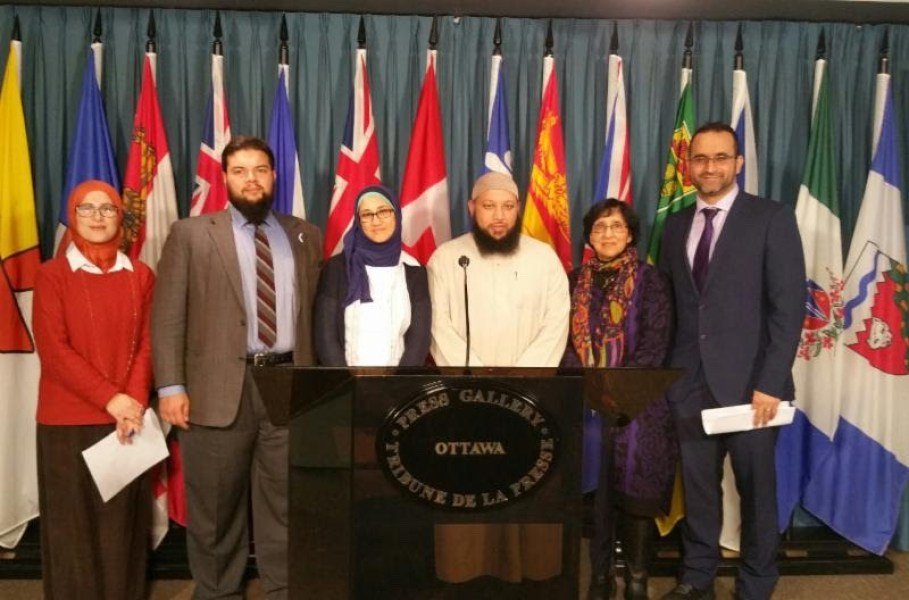 “The main problem is not with the test itself, but with the fact the test is implying that immigrants have a problem when it comes to our values,” said Haroun Bouazzi, co-president of the Association of Muslims and Arabs for Laicity in Quebec.

“And the population will understand what is being implied, and immigrants will be subject to more racism, which is the main problem they face when they come to Canada.”

If racism is the number one problem for immigrants why move to Canada, buddy?

— To a pregnant woman

— To a person lacking the required diploma

— o a person because of their ethnic background

Oh, CAP see what the ethnocentric is getting at–damn, is this question ever racist! How it insults the sensibilities of the writer’s poor, suffering brethren. What poppycock.

How bogus. For a proper comparison, put up a picture of a Hijab-cladded Muslim lady, A nun wearing a large cross, and a Jew wearing a yarmulke-head covering. Now ask the question of whether or not they are all equal. The answer–at least in the real world- is yes.

Still, Bouazzi believes he and his people are special, and it is only Muslim-Canadians who are impacted by way of Quebec’s Bill C-21. Not true in the least. What a whiner this “multicultural” not-for-profit group leader is.

Basically, the deal goes like this. For Association of Muslims and Arabs, National Council of Canadian Muslims and hundreds of other tax-payer funded multicult myopics, non-Muslims of Canada must accept everything these community leaders say must occur.

If not, white Canada is racist. What a trap this is for our people. As it happens, the entire phenomenon is backed lock, stock and barrel by way of PM Trudeau and his globalist gang of cultural assassins.

And now, Question #1 on the values test:

1. In Quebec, women and men have the same rights and this is inscribed in law.

Racism. Bigotry. Islamophobia!  Quite– how Justin Trudeau and MP Ahmed Hussen this is. Anyone recall the incident where Trudeau threw a racist label at a Quebecois lady who simply asked a question of him regarding illegal border crossing budgets? She too was a “racist”–Hussen also made this claim.

See the parallel with the Values Test accusation? CAP do. There is no racism inherent in these acts, yet they still qualify as racism. Conclusion: Racism and bigotry are whatever Trudeau, Hussen and NCCM say it is.

CAP call bogus on this one. Rather, this is a microcosm for the entire “nationalist versus globalist” political dynamic within our society. The term “racism” has been transformed into a subjective weapon intended to overcome all opposition to the agenda of our Liberal-Globalist government and their die-versity partners.

What isn’t “Islamophobia” for Haroun Bouazzi, co-president of the Association of Muslims and Arabs for Laicity in Quebec? CAP will inform: When non-Islamic Canada behaves in the exact manner these globalist diversity-bandits demand, then there is no racism or bigotry involved.

Talk about a major accumulation of political power. What a PRIVILEGE this is! Then, these types turn around and blame their troubles on “white privilege.” How incredibly absurd this is.

If Mr. Bouazzi is truly interested in “inter-community” harmony in Canada, try looking in your own back yard. Islam is a cast-in-stone belief system–nothing ever changes in this regard.

So please– is the fact that 7th century ideologies happen to be incongruous with so-called 21st century liberal society values not the real reason for these “sufferings?” Sharia Law, Misogynist anti-female belief systems.

Perhaps try adapting to modern society for a change– it might do your community some good–as opposed to non-stop incessant whining about how awful and racist Canada is.