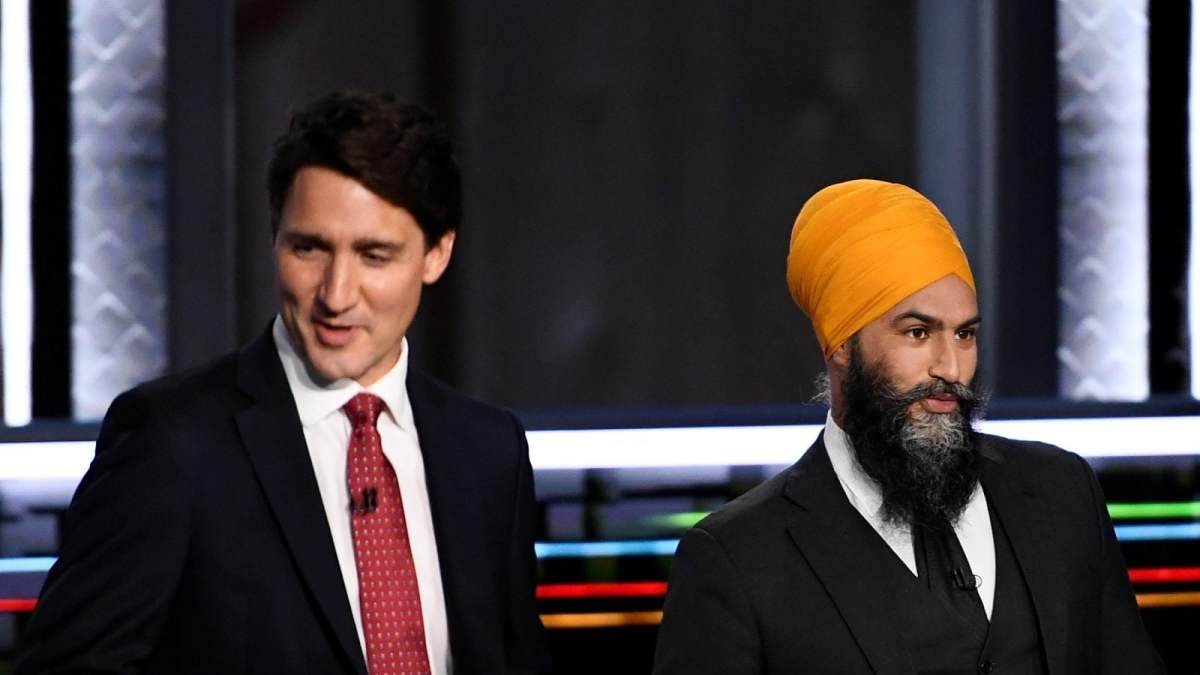 “Canadians learned this morning that NDP and Liberals were meeting secretly to cook up a backroom deal to see Justin Trudeau have the majority power that he failed to get. This means Canadians have woken up to an NDP/Liberal majority government.”

“Canadians have been hoodwinked. This is nothing more than a Justin Trudeau power-grab. Jagmeet Singh is going to be Deputy Prime Minister. This is little more than backdoor socialism,“ said Conservative Party Leader Candice Bergen.

“I believe it goes to the heart of our democracy.”

Now we are getting somewhere. MP Candice Bergen is reflecting what Cultural Action Party stated from the day Justin Trudeau became prime minister. Canada is being incrementally transitioned to a socialist nation.

This Liberal-NDP merger stands as one of our greatest indicators. As Ms. Bergen said, New Democratic Party leader Jagmeet Singh transitions to an ersatz Deputy Prime Minister. The partnership brings the two parties one step closer to another CAP prediction– an official blending of the two into a single federal party.

So many implications– so many opportunities for media to obfuscate the circumstances. In 2022, it is what they are paid to do. CBC, CTV, Globe & Mail, Toronto Star— all are aligned in support of a neo-socialist agenda.

“What this means is that during this uncertain time, the government can function with predictability and stability, present and implement budgets and get things done for Canadians.”

Translation: Justin Trudeau is leveraging the social chaos of the Covid pandemic to bring our country one step closer to a permanent erasure of democracy.

“These are things that fit within our universe of priorities, but are easy to move forward in a constructive way that assures that, on a broad range of issues, parliament gets to focus on delivering for Canadians.”

Translation: PM Trudeau’s “universe of priorities” is found in a microscopic concern for what benefits him most. While feigning altruism toward Canadians, Trudeau creates a method preventing the Conservative opposition from impeding bills tabled by the Liberals. Unwanted legislation such as internet censorship will pass through Parliament with the greatest of ease. The same will apply to every bill tabled by the Liberals or the New Democratic Party.

We witness an unfolding of the destiny of our country. With legacy media in their back-pockets, what amounts to a Liberal/NDP Dictatorship will bring Canada to a state of “backdoor socialism.”

Next up, authentic socialism. To be followed by backdoor communism, followed by authentic communism. Within such nations, media work for government. Without a formal announcement, Justin Trudeau has over a six-year period transitioned Canadian media to a vehicle for government propaganda. As it is within communist societies he so admires.

Meanwhile, Canadians sit helpless to oppose the will of government– as it is in the communist societies father Pierre Trudeau so admired. Is the non-democratic fate of our our nation set-in-stone based on a merger between the Liberals and New Democratic Party?“