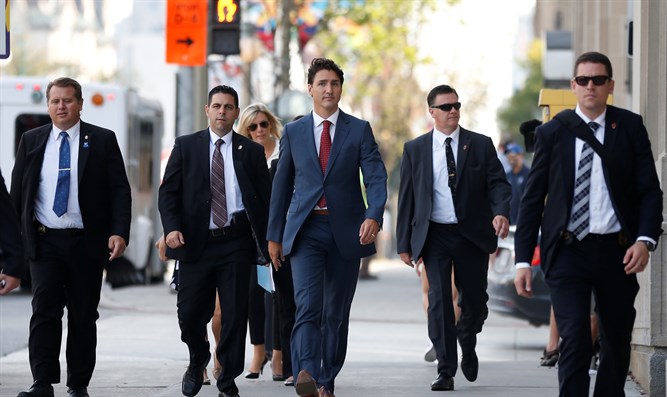 The greatest threat to democratic tradition is found when the will of government and the will of the majority are diametrically opposed.

Such is the state of contemporary Canada. Take immigration policy as an example: a Nanos Research Group poll, reported by Bloomberg News, found that only 17% of respondents think the country should accept more immigrants in 2021 than it did in 2020.

Prime Minister Justin Trudeau ignored public will, and has instead increased immigration quotas to their highest level in history. Such is a set-up for resentment among Canadian-born citizens. An unfortunate by-product has resulted in a substantial rise in acts of racism.

The National Council of Canadian Muslims want something done about this. Based upon their newly released recommendations, what is being requested is tantamount to an comprehensive revision of Canada’s legal system. If adopted by government, the outcome could result in what some may consider a new society.

Let us review several of the 61 proposals that the NCCM are recommending to Federal, Provincial and Municipal governments:

“Commit to introducing a social media regulator with a special focus on ensuring that civil liberties are protected.”

—  A call for internet censorship as it relates to “Islamophobia” in Canada.

“The potential introduction of a public-interest based defamation fund for Canadians who are smeared on the basis of hate.'”

— This and other financial requirements in the proposal call for a major increase in funding for multicultural non-profits to battle “Islamophobia.”

“The Attorney General’s consent is currently required to begin any prosecution for the willful promotion of hatred and genocide. This is a uniquely high bar that should be abolished.”

—  The submission neglects to include which entity would thereafter hold jurisdiction over a breach of Section 318 of the criminal code. Presumably, this will shift to Canadian Human Rights Tribunals with deep-rooted connections to the Multicultural lobby.

— This program includes investigating organizations which Canada considers Islamic terrorist groups— so this has to go.

— Canadian mosques have been investigated and charged with tax evasion by the CRA, so this has to go.

“We need to examine the degree to which CSIS, CSE, and the RCMP have been permeated by white supremacists.”

— Powerful “multicultural” non-profits and government lobbyists believe Canada’s intelligence and law enforcement agencies are filled with white supremacists. They must be rooted out and removed.

“The Minister of Public Safety should require the resignation of the Director of CSIS for any violations of the duty of candour.”

— The head of CSIS must be fired from their job if the multiculturalist lobbyists are not satisfied.

“Incentivize production of Muslim stories, told by Canadian Muslims, through designated funding in the Canada Media Fund, Telefilm, the National Film Board. Review and reform of curriculum that relates to Islam and Muslims. Development of curriculum, resources and programs that affirm Muslim identities.”

— The Islamic faith is to be advanced and promoted within all cultural institutions. Canadian schools, media, and entertainment industry must promote and advance Islam to the satisfaction of the lobbyists.

“Invest in celebrating the history of local Canadian Muslims and initiatives through a concrete program that brings these figures and names to the forefront of local-level recognition.”

The teaching of Canadian history must include the concept that the Islamic faith has played a fundamental role in the development of our nation.

As Justin Trudeau once stated, “people tend to see things from different perspectives.”  It is indeed possible that Canada’s multicultural industry authentically view these proposals as a remedy to so-called “Islamophobia.”

After an analysis of the report, Cultural Action Party view the recommendations as a request to fundamentally transform Canadian society. In this dynamic is revealed the what is arguably the greatest injustice in modern history:

Then again, who knows–perhaps this has been the goal of government  throughout the entire process.