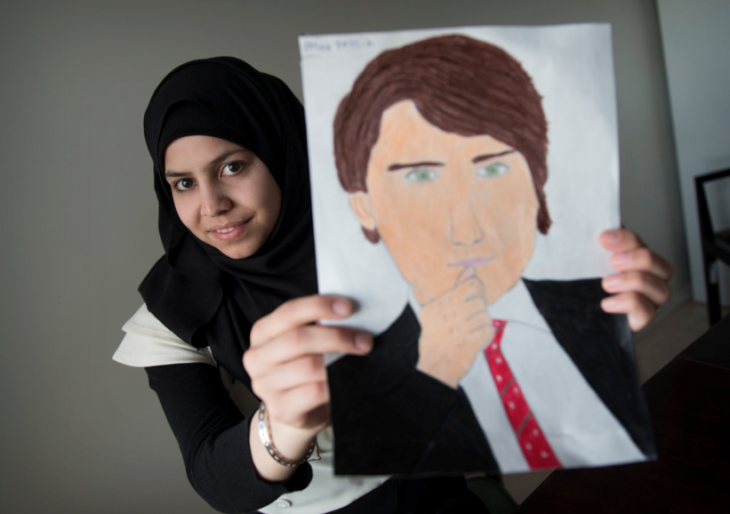 A Member of Parliament has expressed his concern about the release of an ISIS supporter in British Columbia.

Mel Arnold, MP for North Okanagan-Shuswap in British Columbia, strongly condemned the decision by a federal court to release Othman Hamdan from custody and place him in the town of Enderby, which he represents.

Hamdan was arrested over a year ago after the Immigration Board declared him a security risk due to his support for Islamic terrorism online.

Hamdan, a native of the United Arab Emirates, moved to Canada in 2002, claiming asylum as a persecuted Christian. Federal authorities later ruled that Hamdan fake his conversion to Christianity in order to get approved for asylum.

What occurred next? Canada’s Somalian-Islamic minister of immigration, MP Ahmed Hussen, declared Middle Eastern refugees to be “worth their weight in gold.”

In general, this is how Hussen and boss-man Justin Trudeau describe new arrival “refugees” to Canada. “I believe the fake refugees are our future, teach them well and let them lead the way.”

Whitney Houston? No, it’s Ahmed Hussen of Somalia, Africa. What a sham. Basically, this refugee is nothing but trouble, through-and-though. The is little doubt the terrorist-lover  is worthy of being deported out of Canada straight away.

Will it happen? Doesn’t look this way, now does it? Rather, Canadian courts have released this cretin back into Canadian society to mingle with small-town Canadians. If in the proper mood, perhaps Othman Hamdan will act upon his personal belief system, and blow away a few innocent Canadians for good measure.

“Islamophobia!” scream National Council Of Canadian Muslims, Canada’s most powerful Islamic lobby group. Did you know? This non-profit organization(generally funded by you the tax-payer) has a virtual direct line to the highest levels in government.

From NCCM, to Pakistani MP Iqra Khalid. From this religious supremacist to another, MP Ahmed Hussen. From there directly to the prime minister. This is all it takes to get cases such as this BURIED within media–as occurs on almost a daily basis within our society.

Accurate? Not in the least. The Mayor of Enderby called it “crazy” to let Hamdan free in a small town like Enderby, which is so close to vulnerable infrastructure. Arnold criticized the Judge that released Hamdan for disregarding his previous behaviour.

“By stating these conditions are adequate and apparently believing Hamdan will abide by them, Diner and Rempel seem to ignore previous warnings of their own colleagues that Hamdan is both a security risk to Canada and a liar,” he said.

No matter. In truth, it doesn’t matter what the Mayor of Enderby has to say–he is not in a position of power in this matter.

Who is? Canadian courts(liberal). Canadian lawyers(liberal.) Judges(liberal), Government(liberal), media(liberal). This is why the ISIS supporter is getting off easy? Is this not a recurring theme within King Justin’s “post-modern” Canada?

Of course it is.Witness the words of PM Trudeau:

“The Liberal Party believes that terrorists should get to keep their Canadian citizenship … because I do,” Trudeau told a Winnipeg town hall in July. “And I’m willing to take on anyone who disagrees with that.

Big, tough Justin Trudeau, eh? As it happens, polls have revealed 90% of Canadians disagree with Justin’s opinion on terrorist citizenship. What influence has this had upon Trudeau’s position? Nothing- he has not changed one iota.

What has changed in our PM’s approach to radical Islam, ISIS terrorism, as well as Sharia Law, female genital mutilation and child marriage as promoted within the Koran?

Nothing. Why? Because globalists never change–just as Islam never changes. Trudeau’s attitude is immutable. Doesn’t matter how many Canadian teenagers marry adult males, or how many undergo FGM(proven to have occurred upon Canadian soil).

Makes no difference if ISIS supporters with a penchant for the murder of the innocent in the name of an invisible god from the 7th century A.D. go free.  Trudeau, Khalid, Hussen, Morneau and the rest of the Liberal-Globalists control the destiny of our nation.

One mayor in a small Canadian town doth not make a difference. The agenda is set-in-stone, as exemplified by petrified political ideology of Justin Trudeau and his motley gang of Canadian culture-killers.