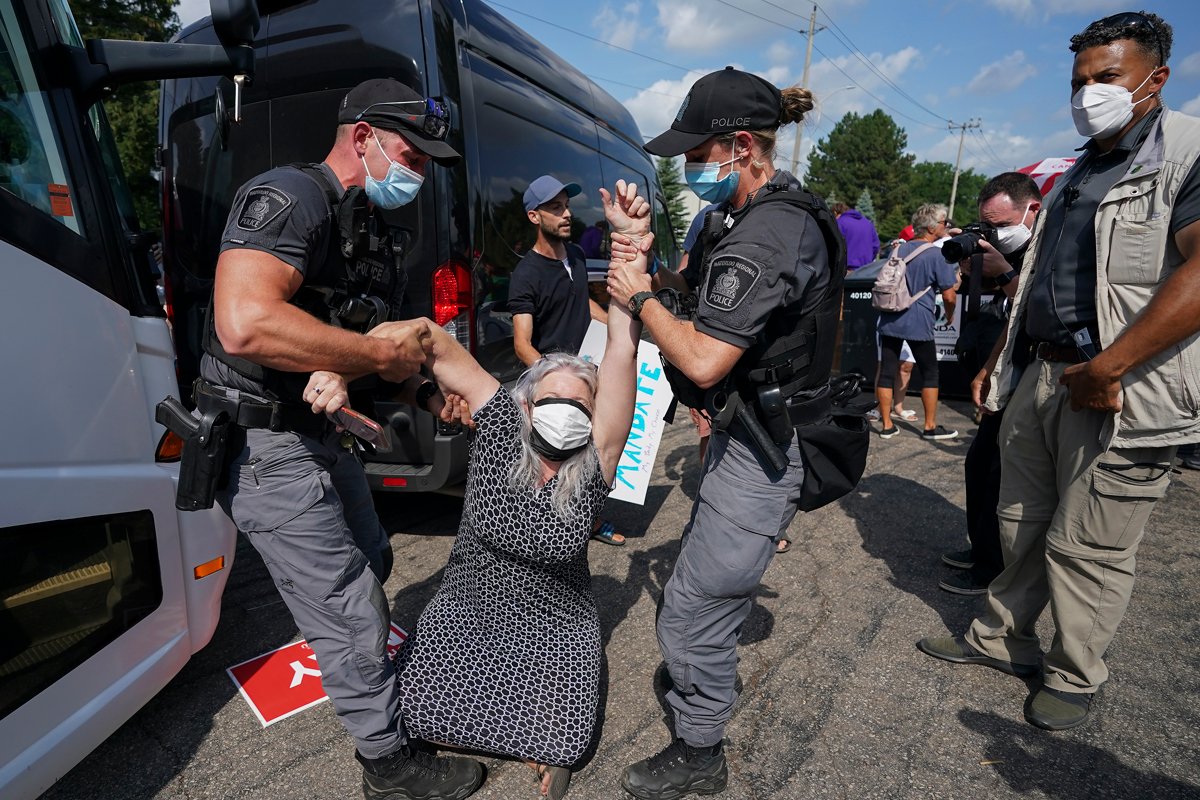 An article published this week by independent Canadian media outlet True North News has got CAP’s brain cells fired up. Their provocative statement being:

“Liberal elites in politics and the media have a bigotry problem. They suffer from populist-phobia — an irrational fear and hatred of populist protesters.”

As Canadian society continues along a path of an erasure of personal freedoms, a piece of the puzzle becomes worthy of analysis. Could Canadian Liberalism reach  a stage where it is equally as oppressive as historical forms of totalitarianism?

If any truth exists in this idea, no western democracy is farther along the path than Canada. In no manner was our nation headed for this condition from day one. It is a case of a hi-jacking along the way.

In the mid-20th century, right-wing totalitarianism became manifest within European governments. Early in the 21st century, signs of what can be called “neo-totalitarian” have begun to emerge. Ideally, vigilance against either is the order of the day. Unfortunately, it is the “neo” element which prevents Canadians from seeing the long-term picture.

Canadian-born citizens have never before experienced authoritarianism within government. Therefore, it is difficult to recognize. In this capacity, media play a critical role through obfuscation of the circumstances.

The initial culprit is political correctness. Like all social ideologies, it is its extremity that makes all the difference. Whether left or right in orientation, history proves that both can be damaging.

To commit blasphemy is a sin. The repercussions involve punitive measures. One of them is being ostracized for defying the religious creed. A racist comment can get a person fired from their job when they have not broken the law. For those who go public, be prepared for the combined wrath of government and media– a condition which should sound familiar to students of 20th century history.

From the ideological to the pragmatic. The advent of authoritarian governance is not a spontaneous occurrance. It is a rules-based, or law-based social development. It certainly was during the rise of fascism in Europe during the past century.

Such as it is with Covid. This week in British Columbia, vaccine passports have been mandated for entry into specific locations and events. “Let’s see your papers” being the underlying implication. Is this not a case of a loss of personal freedom?

Add to this the registration of all citizens with government. Who cares if the premise is rooted in health care? The outcome is the same. A fear-based society. Statistical government tracking of citizens. Rules on where to stand, where to sit, and who you should sleep with. Paranoia regarding fellow citizens. And most revealing of all– a creation of outcast community– today known as the “anti-Vaxxer” movement.

Are historical bells ringing now? Of course, every manifestation of the totalitarian must have a leader, and a political body they represent.

Enter Justin Trudeau. Regardless of political affinity, it cannot be denied that our current PM has facilitated every measure of an erasure of individual rights in Canada.

Every piece of political correctness, all elements of incognito authoritarianism. What will be his move if(when) he wins a third term in office? Internet censorship is the one. As motivated by a fraction of society– special interest groups and their lobbying efforts– PM Trudeau will bring an end to freedom of speech on the internet.

Just as it is in China. What will remain reflects another aspect of neo-fascism: together government and media control political and social messaging. Shades of George Orwell permeate the picture. 1984 arrives in 2021.

An ex-Hollywood actor once made a prophetic statement:

“If Fascism ever comes to America, It Will Come In The Form Of Liberalism”

Okay, so ex-President Ronald Reagan was off-target. Not that this couldn’t one day occur in the United States. What is far more likely is that it will come to Canada first.

In fact, we bet all the farms in Cuba that it is already here.

1 thought on “Is Trudeau-Brand Liberalism A 21st Century Form Of Fascism?”