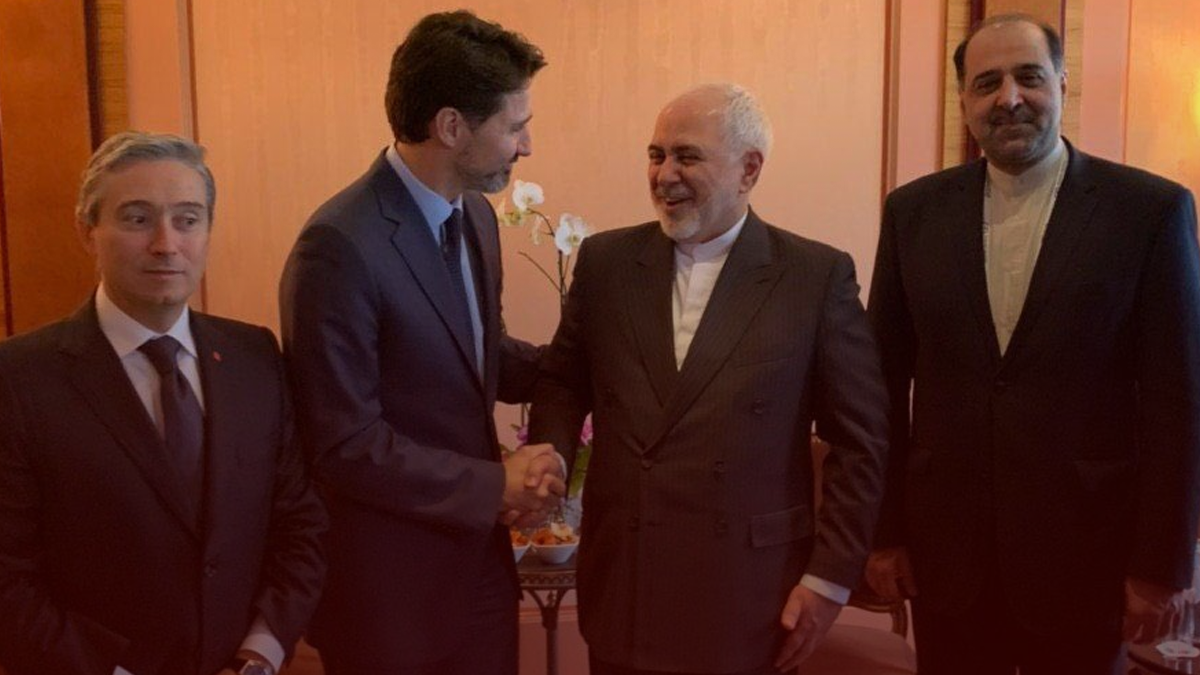 “Despite the Islamic Revolutionary Guard Corps ever-expanding repertoire of terrorist atrocities — including the murder of Canadian nationals and the shoot-down of Ukrainian Airlines flight PS752 — Canada assiduously refuses to list the IRGC in its entirety as a banned terrorist entity under Canadian law.”

It’s not “Canada”– it is PM Justin Trudeau and his Liberal government. At this point in our nation’s historical trajectory– and as a result of the prime minister’s megalomania– the two have never been more opposed.

“This same IRGC has now brought its talents to Ukraine, assisting Russia in directing drones into civilian infrastructure and murdering Ukrainian civilians.”

Stop the establishment press: you mean to say that the Trudeau government is indirectly supporting Vladimir Putin’s assault on Ukraine?

A report from Israel National News sheds light on the topic:

Members of the Iranian Revolutionary Guard Corps (IRGC) are said to have traveled to Russian-held territories in Ukraine in order to help train Russian troops, Fox News reported Sunday, citing a report by the Institute for the Study of War (IFSW).

“British outlet The Daily Mirror said the number could be “up to 50″ IRGC specialists, but the IFSW told Fox News Digital that it did not have a specific number.”

Well, would you look at the hypocrisy at play. Enter Justin Trudeau:

“Canada and Ukraine are united – not just by the strong ties between our peoples, but also by our fundamental belief in freedom, in democracy, in justice, and in the triumph of light over darkness. As Russia continues its illegal and unjustifiable aggression against Ukraine, Canada will continue to support the Ukrainian government and people.”

Yes, Justin Trudeau will support, but not to the extent that he will list the Iranian Revolutionary Guard as a terrorist organization. Reminds CAP of another piece of Liberal foreign policy.

Justin Trudeau has refused to brand China’s mass murder of a Muslim sect as an act of genocide. Did you know? While every member of Parliament voted in favour, PM Trudeau, MP Omar Alghabra, MP Ahmed Hussen and the rest of the Liberal Cabinet abstained on the vote.

Yes, Justin Trudeau will dress up as woke saviour of the world– to a point. That point being when he must bow to China and Iran. Why is it critical to Mr. Trudeau to stay on the good side of their respective governments? Do communist and theocratic governments have some kind of strangle-hold on our national leader?

CAP believe this to be an absolute truth. For seven-years running, Trudeau has maintained a “boss-employee” relationship with Iran, China, United Nations, World Economic Forum, World Health Organization, and other globalist institutions.

“In an apparent reversal of policy, the Trudeau government recently decided to sanction 10,000 ‘top leaders’ of Iran’s Islamic Revolutionary Guard Corps (IRGC) as ‘inadmissible to Canada.’ It would indeed seem prudent to keep 10,000 of the planet’s most malevolent and insatiably corrupt violators of human rights out of this country.”

“These subordinates  remain inexplicably suitable to enter Canada under the current sanctions. The measures are therefore misleading.”

In contrast to the reality on Canadian streets:

“We all know that many people affiliated with the Iranian regime live in Canada. They come and go. They take advantage of life in Canada,” says Editor-in-Chief at Persian Mirror Media.

Which is it, Mr. Trudeau? Ukraine or Iran? China or Canada? Always and forever, Trudeau’s choice is the nations he most admires– or possibly, works for.

According to our sources, chances are excellent that the Iranian Guard are assisting Russia in killing Ukrainians. One might think this a catalyst for PM Trudeau to do the right thing, and approve official terrorist status for the IRGC.

Say no-go, it isn’t happening. A full-patch globalist puppet, Justin Trudeau continues to protect governments whose value system directly oppose Canadian values. We know the ones— those which our PM preaches on a daily basis.

If this isn’t hypocrisy at the highest political level, what is?

3 thoughts on “Is Trudeau Indirectly Supporting Russia’s Assault On Ukraine?”