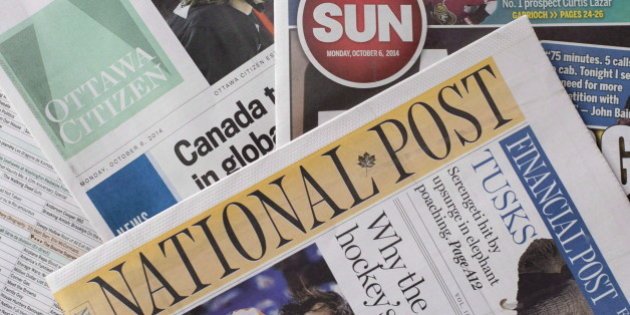 Conservative Leader Andrew Scheer is pushing for CBC to focus more on Canadian stories, and will make that a priority if elected. He says the Canadian Broadcast Corporation  should be focusing on “Canadian stories.”

Not what Justin Trudeau wants in the least. In fact, Trudeau is in the process of restricting free speech on social media by way of his trumped-up “Internet Charter” mandate.

CAP have a theory on the presentation of American news within establishment media in Canada. This functions as a distraction from the antics of our current Liberal Government. Excessive focus on Donald Trump means a lack of focus on Justin Trudeau.

The Liberal media in general  suggests this to be a viable theory. Every tiny detail about Trump is run through a fine tooth media comb. Conversely, media overlook a laundry list of the inequities of Justin Trudeau. Yes, there are stories aplenty on King Justin, but never does media tie the loose ends together to enlighten Canadians about his ideological leanings– namely, his socialist, communist, totalitarian, pro-Islamic personal belief system.

Nor does media speak of the most obvious ties between former PM Pierre Trudeau’s political philosophy, and that of Justin’s. Additionally, media never write about brother Alexandre Trudeau,his film making for the government of Iran, or his admiration for China, Chairman Mao, and Fidel Castro.

At Cultural Action Party of Canada, we believe this dynamic is pre-meditated and intentional. Use Donald Trump as a populist punching bag to obscure the globalist agenda of Justin Trudeau and his Liberal gang of cultural assassins.

“Whether it’s Brexit or the Middle East, U.S. politics, pipeline debates or flooding in local communities, Canadians trust CBC/Radio-Canada to keep them informed,” Kerry Kelly, the CBC senior manager of public relations, said in a statement.

Bollocks. That’s a lie. To what degree did CBC focus on the Yellow Vest Riots in France? They absolutely UNDERPLAYED the debacle.  Pourquoi? Because it would fuel the Yellow Vest Movement in Canada. Have they ever written about the populist governments of Italy, Hungary and other European Nations? Nope–because it would add momentum to the populist movement in Canada. Therefore, it is NO GO

READ MORE– Justin Trudeau’s Canada: Why We Are A Nation That Hates Itself

There is a word for the attitude of the CBC regarding their organization: Sanctimonious. This attitude goes a long way within Canadian society. Media share it. The LGBT lobby are supercharged on it. So are various snowflake and social justice warrior tribes who utilize the attitude to render their positions the default way of thinking regarding key societal issues.

Don’t believe the hype. As someone once said, “Behind every liberal is a fascist screaming to get out.” That’s Justin Trudeau. That’s the left-wing movement in Canada. At the baseline is a desire to CONTROL what citizens do, say and think.

It appears Andrew Scheer understands this. He wants change to come to CBC, and that’s a good thing. CBC has for decades functioned as a propaganda machine for liberal globalism. It began with former PM Pierre Trudeau, founder of Canadian multiculturalism. It continues with son Justin, his purchase of Canadian media and his desperate attempt to control freedom of expression in establishment and social media.

Rid our nation of this sanctimonious dictator in sheep’s clothing, and perhaps Canada can return to a state of righteous  undermined  by the likes of dictator-in-waiting, Justin Trudeau

1 thought on “Is Media Focus On American Politics A Distraction From The Failings of Justin Trudeau?”