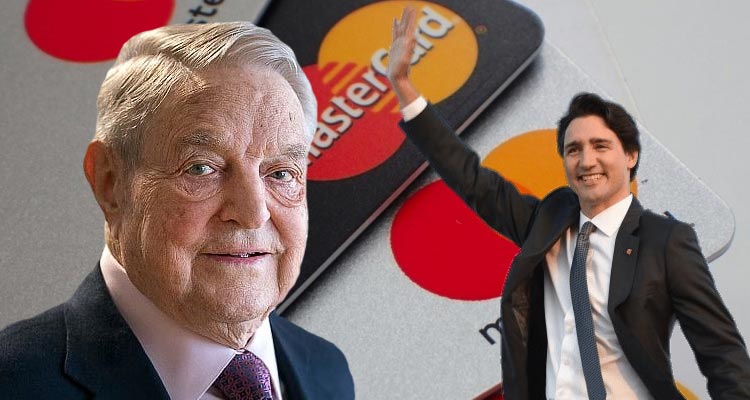 One trend on CAP’s mind since the day Justin Trudeau became prime minister of Canada relates to the following:

Is our current PM’s decision-making his own, or is this more of a manifestation of the desires of globalist power-players such as the United Nations?

In other words, is it factual that when it comes decisions such as whether or not to bring in the RCMP to deal with coast-to-coast pipeline chaos, Trudeau’s “hands are tied.” He must do what international political players such as the Nation of Islam and the World Sikh Organization demand of him.

One in a plethora of factors CBC and establishment media overlook is the following: The ideological goals of the globalists–George Soros’ “Open Society Foundation” being perhaps the major player.

If one cares to research the matter, you will see what CAP are driving at. As the name implies, billionaire Soros believes in “open borders.” Obviously, so does Justin–his “tweet to the world” inviting illegal refugees to Canada compliments Mr. Soros’ objective in totality.

Mr. Soros is also an international banker. These types desire one item in particular– interest on loans, mortgages, debt, deficit and the like. Justin Trudeau has created both the largest amount of family debt and federal deficits of any PM in history.

What else is Mr. Soros big on? Try LGBT, and transgenderism. It is well known that Mr. Soros backs the homosexual political lobby in a giant capacity–and so does Justin Trudeau, as all Canadian witnessed during his first four years as prime minister.

Anything else? Oh yes, there is– George Soros is a media mogul of giant proportions. This man owns hundreds of news publications–rumoured to include the Toronto Star— from all around the globe.

Just one more–Abortion. Open Society Foundations pumps billions into world wide abortion programs–regardless of whether or not the practice is legal or illegal(Nigeria, dozens of others) within specific nations.

Justin Trudeau has literally given billions of Canadian tax-dollars away for mass abortion practices in Canada, as well as within Third World nations.

Does CBC support the Soros-Trudeau agenda? Absolutely. How about CTV and Globe & Mail? Without question–yes. It is by way of these realities that the people of Canada could come to understand the “big picture” of the globalist movement to destroy western democratic nations.

Could there be anything more? Indeed, there well could be. George Soros is a major supporter of the world-wide globalist Carbon Tax program. Has Justin not pushed, prodded and strong-armed Canada regarding the Global Emissions “crisis” since day one?

So there you have it– from the high level globalist machinations, to Justin Trudeau, who works the national decimation agenda like a fiend. He never deviates one iota from this covert agenda.

How about this one? Trudeau’s Liberals have transitioned from majority to minority federal government, yet maintain MORE power than they did when forming a majority government--a tell-tale sign of socialism becoming entrenched within Canadian society.

Well, perhaps not a “tell-tale” sign. Enter Canadian media, stage right. The job of CBC, CTV and Global News is to hide everything related to these destructive social elements from 37.7 Million Canadian citizens.

They are doing an very effective job. So what to conclude?

All supported by Trudeau–all various strains of globalism in its pure form– all fully supported by our ruling government. It’s actually not that difficult to comprehend these ideas–if a Canadian does the work to undercover the true reasons why Canada is deteriorating under the leadership of King Justin Trudeau.

In other words, these developments are supposed to happen. These machinations are part of a pre-meditated policy of national destruction. PM Trudeau has worked all this to the maximum everyday he has functioned as the dying Great White North’s  one-and-only ” Canada-hating prime minister.

2 thoughts on “Is Justin Trudeau’s Pipeline Inaction Due To His GLOBALIST CONTROLLERS?”