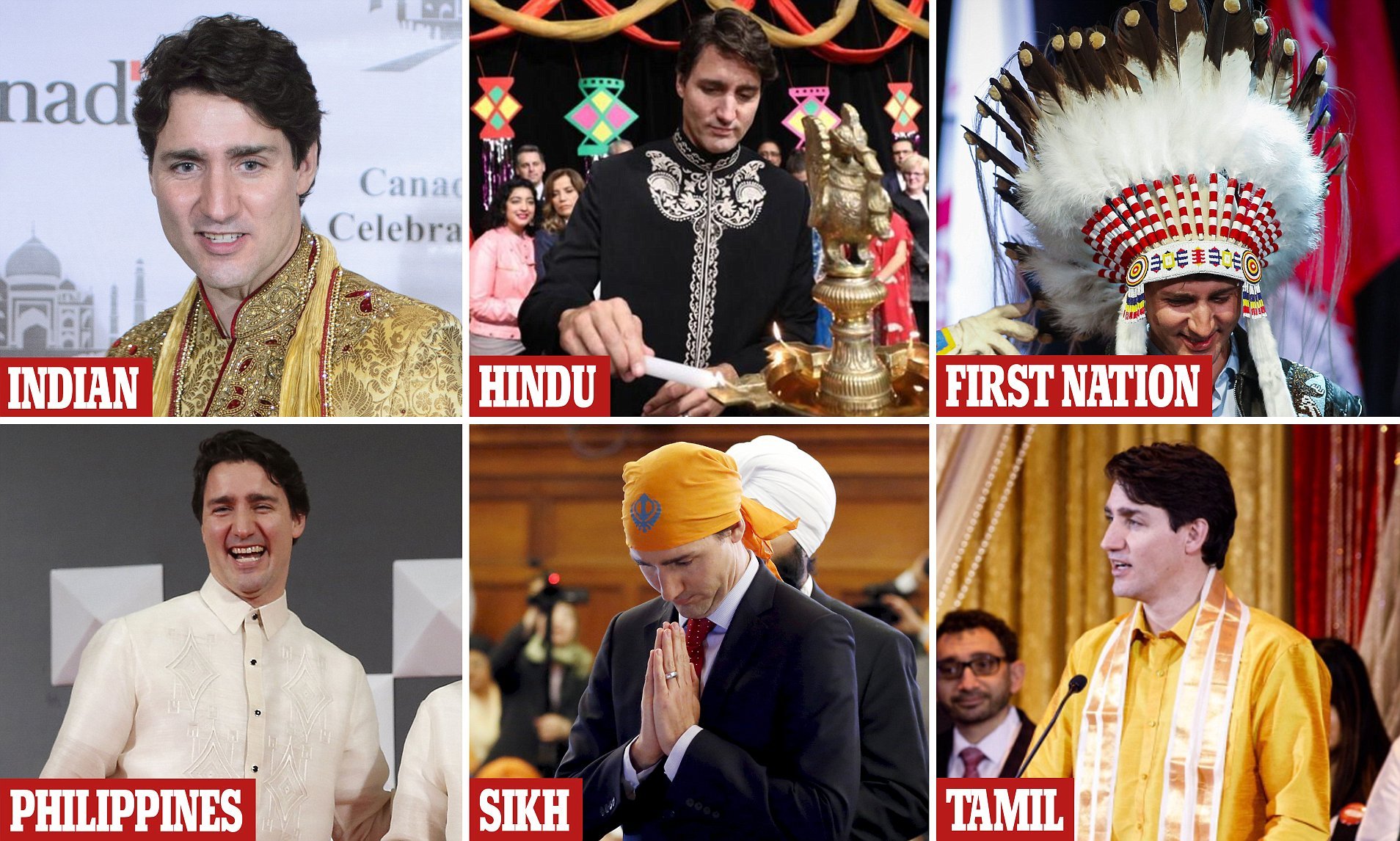 In CAP’s mind, this is the question of the century. Is it true, or is it not true, that PM Justin Trudeau understands exactly what he is doing regarding his treatment of Western Canada, disdain for Anglophones and Christians, and his general tear-down of inter-community social harmony within society.

Does this man understand that his decision-making ubiquitously benefits Third World Canada, Sikh-Canadians and Muslim Canadians, while simultaneously undermining and demonizing English Canada, and its Anglophone peoples?

In other words, is Justin Trudeau simply following orders sent down from the globalists on high?

CAP Thoughts: The first thing to say is that we do not know. This is sketchy, shadowy globalist territory–therefore subjective opinion is all we can deliver. Here it is:

Regardless of Trudeau personal culpability, CAP believe an agenda of destruction has arrived for English Canada. This “dinosaur” entity is on a complete downward trajectory– politically, demographically– as well as ideologically.

On the flip-side, Third World Canada–Sikh and Muslim in the main, are consolidating political power and influence like never before in history. Media say nothing about this–not a single word.

There is a school-of-thought popular within this dynamic: At the top level, the most dangerous man you never heard of— billionaire banker and globalist George Soros. He runs an organization called “Open Border Society,” who deal in the re-distribution of so-called “refugees” on an international basis.

It makes good sense that an “Open Border Society” believes  in an erasure of national borders. Not for China or Iran, of course–this is specifically for western democracies.

Is Justin Trudeau a supporter? Of course he is–hence his tweet to the world inviting “illegal refugees to settle in Canada,” and begin receiving tax-payer funded welfare cheques within 30-60 days. Is this not in line with the desires of Mr. Soros?

How about our Immigration Minister, the African refugee MP Ahmed Hussen? He is also 100% onboard with illegal refugee intake. And Lord help the Canuck who disagrees. To the “racist doghouse” with you, buddy-boy.

What else is a billionaire international banker interested in? CAP will inform– interest. As in, interest on debt. The larger the debt or deficit, the happier the globalist banking cabal is.

How has King Justin helped them out? SImple– by creating the largest federal deficits in Canadian history, along with the greatest amount of personal/family debt in history.

So that’s two wins for the globalists– eroding national borders, and debt accumulation. Has Trudeau not worked both of these to his greatest ability? Damn straight he has.

In other words, Soros impedes Alberta Oil production, which therefore increases the importation of Saudi Arabian oil. Thus far Justin Trudeau follows this plan to perfection– CAP believe he bought the Trans-Mountain pipeline for the purpose of never having it built.

Conclusion: PM Trudeau does everything the globalists request– the rise of the Nation of Islam in Canada being another prime example. The rise of Sikhism is another–all of it advanced, promoted and funded by the Trudeau government.

So is King Trudeau engaged in weekly chats with Mr. Soros to find out his next assignment as Liberal-Globalist puppet? Not at all. This is not the protocol. The true connection to the global agenda goes through Trudeau-advisor Gerald Butts.

In other words– Soros to Butts, and Butts to Trudeau. This brings about the original premise of the article: is the prime minister of Canada actually aware of what he is doing? Or rather, is he a feather-brained puppet whose strings have been pulled for the past four terms without him comprehending the damage he is doing within society?

READ MORE– Trudeau Government BURY The Truth That Refugee Families Given $50,000 Per Year

Fact: Globalism calls for chaos within western societies. Their nefarious interests include division, social discord–as well as the break-up of democratic nations. How does Canada factor into this equation after four years of Justin Globetrotter?

Think about it– Alberta wants to leave federation. Western Canadians have a desire to separate from the East. Quebec separatism is now revitalized. Under this  incompetent pseudo-dictator, Canadian society is more fragmented than at any other time in modern history.

Is this not exactly what the globalist agenda calls for? Yes, it is. Who is most responsible–at least superficially for this social breakdown? Why, it is Justin Trudeau. How many ridings in the provinces of Alberta and Saskatchewan went to the Liberals? You got it–zero seats.

More social division, no? Of course it is. Now, let’s look at the degree of media exposure of any aspect of what is being communicated herein. Simply– the degree is zero—CBC, Globe & Mail and the rest have not uttered a single word about any of this–proof positive that they are in cahoots with the Trudeau government regarding the entire affair.

And now for the scary part– this, fellow patriots, is Canada. This is our nation under Justin Trudeau. What 37.5 million Canadians read in our mainstream media is, frankly–alternative reality. It is Gerald Butts–backed by George Soros. What is another area of business which Soros controls? Media–hundreds and hundreds of newspapers and online media outlets–rumoured to include the Toronto Star, and all those local “Metro” newspapers. Ever notice how incredibly “globalist” these publications are?

And worse– this is your future, Canadian patriots. Best get off our Butts and push-back, or Justin Trudeau will finish off English Canada for all-time, never to exist again.