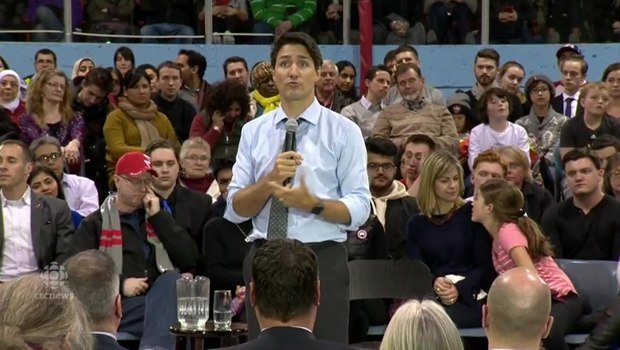 At Cultural Action Party of Canada, we believe Justin Trudeau’s behaviours toward English Canada and its peoples are punitive. It is most unfortunate that the most powerful person in our nation has a major chip on their shoulder regarding our nation’s history.

How did PM Trudeau arrive at this state-of-mind? This comes by way of his father. In many ways, Pierre Trudeau was an aberration of a PM. He showed little respect for democracy. For him, democratic process functioned as a means to an end– to seize control of the consciousness of the nation once elected.

Trudeau Sr. was very much obsessed with constitutional reform. So much so that he neglected fundamental aspects of the role of prime minister. He instigated massive deficits for our nation, the likes of which we have never recovered. Pierre  single-handedly globalized our nation by way of enforced, non-democratic entrenchment of multiculturalism.

Pierre Trudeau unilaterally entrenched the Charter of Rights and Freedoms into the Canadian constitution. Despite its seemingly egalitarian wording, this more than anything threw our country off its political and social trajectory.

Who benefited? Canada’s leftist legal industry. Leftist judges and lawyers. Immigrants and their lawyers. Special interest groups with access to tax-payer dollars they could utilize to create lawsuits based upon perceived racism and bigotry. Third World multicultural organizations instructed to promote foreign culture and religion within society.

Who suffered? Members of Parliament, for one thing. Non-elected judges were empowered, while elected MP’s were disempowered. It still goes on today with the power of the Supreme Court of Canada to overrule any  element of British Common Law. Thus, Pierre diluted the rule of law- BRITISH LAW.

Fast forward to 2019, and Canada finds itself with another hater of colonialism in power. Justin Trudeau revitalized multiculturalism while clinging to the Charter as the foundation for his hypocritical virtue-signalling. Media overlook the father and son connection

READ MORE: Do English and French Canadians Have Charter Rights To Promote Their Identities?

Fact: Multiculturalism in Canada EXCLUDES Anglophones, as well as various Canadian communities rooted in European migration. Simply put, we are not welcome in the world of the Multicult. Muslim, Sikh, Chinese, Pakistani, Iranian–yes, you are good to go.

When Canadians of Anglophone heritage, nationalists, patriots, Christians and related communities attempt to emulate Third World pride in their identity, they are shut down by the race-card antics of government and media. When originally presented, diversity in Canada was meant to bring about social equality for ALL communities. Has it been a success?

Not in the least. Canadian-born and generational citizens are not part of the multicult parade. We are outside looking in. Of course, this is all fine and dandy by way of King Justin. Throughout his tenure as PM the man has displayed NOT A SHRED of respect for Canadian-born, long term tax paying citizens of our nation.

Regardless of what occurred in terms of historical colonialism there is not a white Canadian alive who is in any manner responsible. Therefore, logically speaking, Justin’s battle is ideological. He wants REVENGE. Canadians with common-sense can literally TASTE THE WRATH. Liberal Canadians simply believe what they read in the papers.

Justin Trudeau is leading our nation in BAD FAITH. He is working a covert agenda that is damaging a specific identifiable community. You know the one–it’s the people who cannot say a word against their cultural marginalization for fear of being branded racists, bigots and xenophobes.