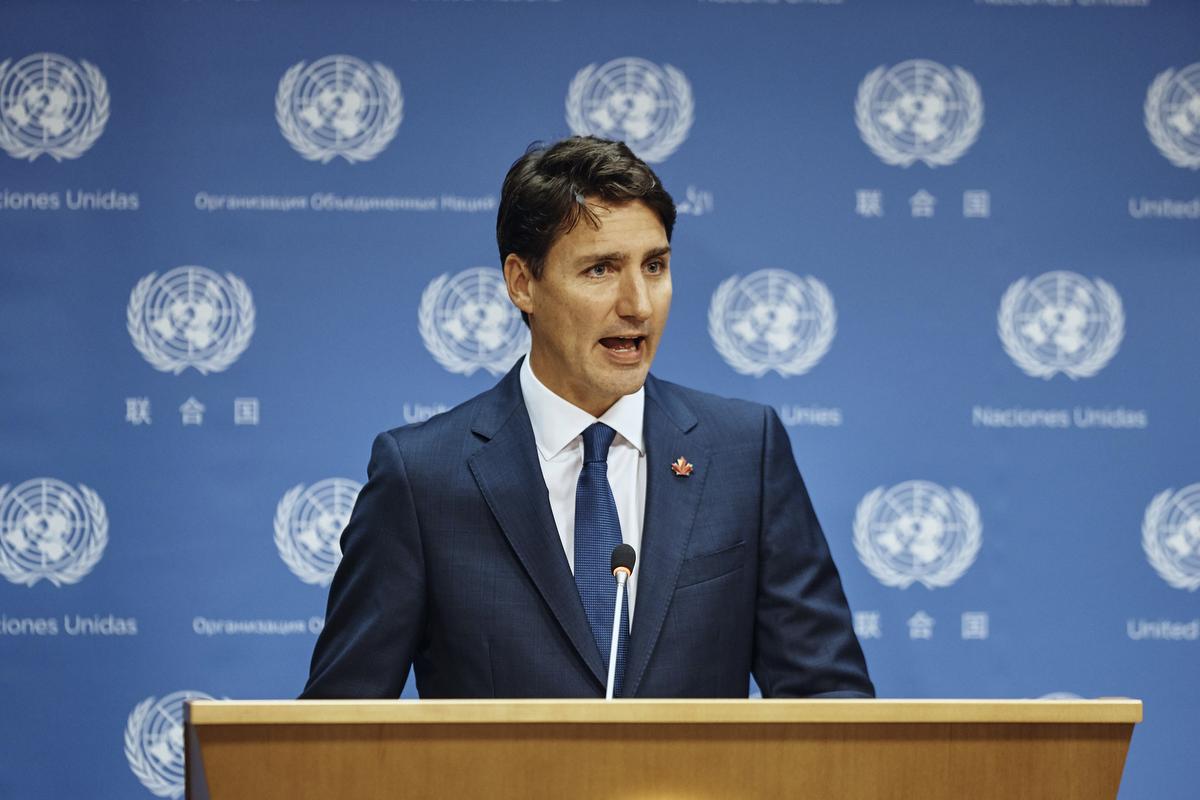 Dear Lord, please help Canada remove Justin Trudeau from power. His latest CBC-endorsed agenda is to establish “climate-change” refugees as a legitimate brand of post-modern refugee. You know the kind– its the type who are not refugees at all. Thousands are illegal entries to Canada.

What does this mean for Justin Trudeau, and his pit-bull pseudo-fascist immigration minister, MP Ahmed Hussen?

Quick answer: Nothing at all. These two are not Canadian politicians in a traditional sense. Rather, they are globalist charlatans. This tag-team of cultural decimation have an agenda for our nation–one which NOBODY asked for, voted for, or approved– the decimation of 152 years of Canadian identity.

Who approved such a thing? Let’s see…United Nations, for one. Islamic governments are thrilled–they get to dump their unwanted into Canada. Criminals, militants, terrorists–be gone with you!

Mr. Trudeau wants your sorry butts in Canada. This way, he will be better positioned to become Canada’s ersatz globalist dictator. Whether or not Canadians WANT such a thing is immaterial. Trudeau wants it. Gerald Butts too. MP’s Ahmed Hussen, Iqra Khalid, Bardish Chagger,  as well as NDP leader Jagmeet Singh and female refugee pit-bull MP Jenny Kwan are thrilled.

Canada used to be a nation which prioritized their citizenship–but this was all so “2014” according to King Justin of Canada. “OVER-RULED” proclaims Comrade Trudeau.

“My post-modern Canada places Africans, Muslims, Sikhs and Transgendered at the top of the social food chain. Those who pay the lion’s share of tax monies are to fund their own cultural decimation.”

This, fellow patriots, is multiculturalism. This is the unique “gift” Pierre Trudeau gave to English Canada, and its peoples. Who has benefitted? Third World, Muslim and LGBT communities. Who has been damaged? Anglophone, Conservative, and Christian Canadians.

All due to this Pierre Trudeau political anomaly. Then, some forty years later, spawn Justin picked up the pieces, and began a program of cultural and demographic assault upon the founding peoples communities of Canada.

This is the true story of multiculturalism and die-versity in Canada. What CBC tells you is a LIE. Ditto for Globe & Mail, and the rest of the establishment media publications.

What social sciences professors teach Canadian students are more lies. Every nation on earth has a history of racism endemic within their societies–particularly the nations Justin Trudeau so admires— China, Cuba, Iran and a variety of non-democratic nations.

What is the number one country on planet earth that Justin Trudeau most has a problem with? HIS own nation- Canada. Next to this, the United States Of America.

What forms the foundation for American values? The Declaration of Independence. What is a fundamental of their society? “Life, Liberty, and the Pursuit of Happiness.”

In other words, western values of freedom of speech, personal liberty, and freedom of conscience. China, Pakistan, Iran, Cuba, Saudi Arabia and other favourite nations offer none of this. Why then isn’t King Justin condemning these countries rather than the USA?

CAP will respond: Because PM Trudeau prefers communism over democracy. So does his brother, Alexandre, and so did his father Pierre before him.

Isn’t this all obvious as hell? Of course it is. So please– someone, anyone: Why have establishment media in Canada overlooked this situation for the past 40 years? Because they have instructed to do so.

Hence, pseudo-communism. A Trudeau Dynasty specialty. Decieve them. Lie to the “little people”— they are notoing more than non-sophisticated meat-heads, right commie Alexandre?  These “uneducated bigots must go. Old Stock Canada–you a a relic. A dinosaur gasping for a final breath.”

We will out-populate you while trans-forming you into a community of racists. For this purpose, the best in the business was hired by King Justin: Somalian immigration minister, half-citizen, MP Ahmed Hussen.

“Best estimates suggest that hundreds of millions of people could be on the move in the coming decades due to the impacts of climate change. Canada has an opportunity now to plan an orderly and effective response to the coming crisis,” the report reads.

An opportunity! How Liberal-Globalist is this? Yes–Canada has an opportunity alright– to decimate its founding peoples along with its traditional culture and identity.

Joy To The World! This vision aligns with open border activists, like Century Initiative or the radical anarchist group No One Is Illegal, who call for Canada to actively grow its population through immigration to 100 million people.

This, folks, is globalism at work.  In theory, anyone who feels inconvenienced by climate change could attempt to claim refugee status in Canada. Glory be to the globalists!  Implement these policies and watch Canada DIE.

This is the true goal of Justin Trudeau, Ahmed Hussen, Gerald Butts, Omar Alghabra and the rest of the globalist culture assassins.

CAP proudly state that “you heard it here first.” Why are we so confident? Because we guarantee you will not read this messaging from any other media publication in Canada.

2 thoughts on “Is Justin Trudeau Preparing To FLOOD Canada With “Climate Change” Refugees?”