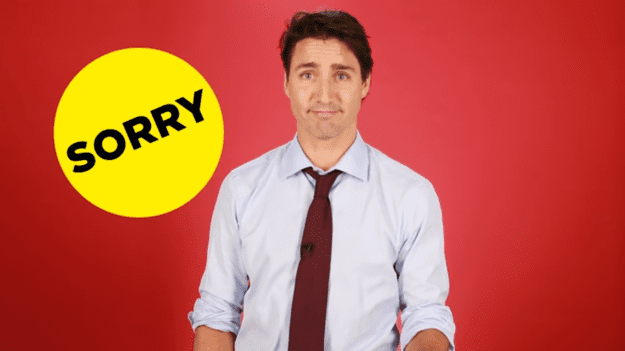 To be forthright, it took some time for Cultural Action Party to recognize what now appears to be a profound truth: the prime minister of Canada has been waging a form of covert warfare against an identifiable Canadian community.

Among other observations, a measure such as this stands in complete contrast to the Charter of Rights and Freedoms. A giant element of irony is found in the fact that Pierre Trudeau is the founder of the Charter, while Justin Trudeau is the main protagonist of this violation.

Media say nothing— their complacency being in full production. Looking back on five years of Prime Minister Justin Trudeau’s management of Canada’s social order, a common theme  emerges:

The Liberal government of Canada doesn’t much like our Anglophone communities. It wasn’t always this way. What is apparent is that Justin Trudeau’s ascendancy to the throne of our nation ushered in a form of anti-Anglophone sentiment.

Simply put, everyone’s doing it these days. Government, media, our academic world, and other leading institutions. As far as Cultural Action Party can discern, the cause for this societal transformation is found in a personal malevolence PM Trudeau holds toward our communities.

Trudeau just doesn’t like English Canada. He so obviously despises the colonial roots of our country. His ambivalence toward Christians is also apparent. Claiming to be a practicing Catholic, Mr. Trudeau’s policies are shot through with anti-Christian sentiment. Mass abortion, LGBT, Pride Parades, Euthanasia, Transgenderism. You name an anti-Christian piece of ideology, and Trudeau has been there with pink bells on.

Observant Canadians would be hard pressed to find a more blatant example of counter-Christian practice than that which emanates from the Covid pandemic.

Churches under attack, religious leaders in jail, major fines distributed. Degree of replication among our non-Christian communities? Nothing. And mainstream media lack the cognitive ability to recognize the incongruity? Hardly.

What else do media ignore? How about the fact that immigration policy is going to render Anglophones a minority community. Try the concept that Multiculturalism is–and always has been– a punitive government policy toward “Old Stock” Canadians.

This has been the structure of society for decades–yet no public figure whispers a word about it. Nor does media point out the fact that the founder of this social structure is Pierre Trudeau.

Which brings us to the current assault upon English Canada: the discovery of mass graves of aboriginal children beneath a residential school in Kamloops, British Columbia.

Let CAP point to what all others will not: when one reads up on the history of the Aboriginal residential school system, one finds that culpability is assigned to both government, and the church.

Yet, when reading through current establishment media reporting, one finds that the government component is omitted–including Pierre Trudeau’s responsibility– and all the blame is placed upon the church. CAP is not here to defend the church –this is not the point.

The point is that CBC, CTV, Globe & Mail, National Post and Toronto Star are working for Justin Trudeau. Try this experiment: begin to review recent media articles on the residential school discovery. Now, look for the word “Liberal” within the copy. If your experience is like ours, this word does not appear anywhere.

Hence, media working for the Liberals. Considering what is described herein, how difficult is it to conclude that government–along with media partners–are engaged in a form of warfare targeting Anglo-Christian Canada?

For CAP, it is as obvious as winter snow in Nunavut. Justin Trudeau has empowered Quebec and French-Canadian political figures as much as he has 3rd World Canadian politicians. Don’t believe the latter? First consider that Sikh-Canadians represent less than 1% of our population. Next, take a look at the number of Sikh-Canadian Liberal politicians at both Federal and Provincial levels. The result is over-representation of the highest order.

Has our prime minister united French-Canadian political interests with those from 3rd World migrant communities? Is this, in fact, a tacit form of “warfare” against the remainder of our country?

Let CAP will be perfectly forthright: we believe this to be the stone-cold truth. The battle between English and French Canada is not over. If it was, Justin Trudeau has revived it, and is currently waging a battle of covert attack upon English Canada.

Now for the bad news–he is winning–and will continue to do so until our Anglophone communities are fully transitioned to second class citizen status.