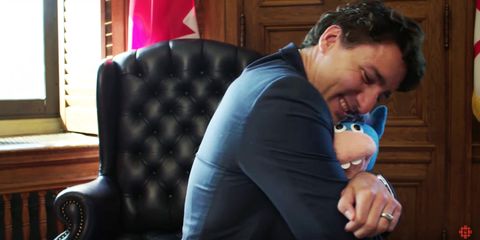 Deciphering the true agenda of Trudeau and his Globalist-Liberal cabal is no easy feat. In order to accomplish such a thing, a Canadian first must cast aside everything they read about current government policy by way of the CBC, CTV, Globe & Mail and Toronto Star.

Then, a great deal of research is required to get to the bottom of what the globalist schemers behind Justin Trudeau are really up to.

Fortunately, CAP has followed the issues for over 30 years. Not only is a new decade is unfolding as we speak, but the Trudeau Government V2.0 has just come to the fading “Great White North.”

Recently–and very silently, the Liberals have rolled out a brand new immigration intake stream called the Rural Immigration Pilot Program. Please note the wording– this is a “pilot” program–meaning more is surely to come, as our ruling government increase the quota from a current 11 Canadian towns, to hundreds of small market communities in Canada in due time.

Naturally, media inform Canadians this is purely for “economic” reasons. It should come as no surprise that CAP vehemently disagree.

CAP Theory: The true purpose of the program is to inject enough Third World voters into Conservative Party-held ridings to trans-sition the ridings over to the Liberal Party.

Ever notice a correlation between minority “white” ridings in Canada– Richmond B.C., Brampton, ON, and many others– and the fact that Third World Liberal MP candidates “clean up” within these ridings.

In the Greater Toronto Area(GTA), here are some of the Liberal MP winners:

So now, the Trudeau Government are out to replicate this winning pattern within small town, rural Canada. Based upon the overwhelming success of the Liberal Third World MP assault upon the GTA, the replication appears certain to lock down at least 90% of the 338 current ridings within our nation.

CAP Salient Question Time: Let us project that  in the year 2040, it is likely 90% of Canadian ridings will be Liberal. What then is the point of  two or three party government structure?

If Liberals own 308 out of 338 seats in Parliament, the entire democratic structure of government becomes a “moot” point. Why spend millions on elections? Why bother with democracy at all?

This, fellow Canadian patriots, is the exact goal of the globalist backers pushing the political buttons of puppet Justin Trudeau. On this basis, Canada could easy trans-sition to a one-party socialist state in due time.

Now, let us consider the methodology to convince Canadians to accept the one party state structure without significant push-back. How is this done?

This is where the largest national deficit in Canadian history comes into play–the one fashioned by Justin Trudeau, Liberal Finance Minister Bill Morneau, and the rest of the Laurentian Mountain Liberal Elite.

Create such large deficits today that in, let’s say,  30 years time–as in when the timing is optimal, Canada goes into “bankruptcy.” What does government then tell the people of Canada?

Here it is, CAP-style: ” Government cannot resolve the recession based on current political structure. The task is just too damn large. In order to get Canada’s finances–as in your money locked away in Canadian banks– our nation must trans-sition to a one party state.”

There it is, brother and sister Canucks– your nation’s pathway from democracy to dictatorship.

And here’s what really hurts: this NEVER had to happen. In fact, there was an excellent chance Canada would have never transfered to a China-loving, Sikh-promoting and Islamic indemnified pseudo- democracy if it were not for one single individual.

That person is Pierre Trudeau. This man literally turned Canada “inside-out” with his precious Charter of Rights and Freedoms, as well as anti-Anglophone “multicultural” policy.

From this point(1968), our country transitioned away from a true democracy, as well as a western nation which supports other western nations. Today, under Justin Trudeau, Canada exists to accommodate the geo-political agendas of the United Nations, Nation of Islam, Communist China, and Sikh Nationalism.

Truth is, Canada is in giant trouble. Not Third World Canada so much–but rather our Anglophone and Christian-Canadian communities. What we have in power today is a rogue Liberal government 100% detached from the will of the people.

So where is all this leading? CAP will inform: What we believe will transpire as a result of all this shady, media-hidden social malarky is the following:

Poor white Canada will in time become our country’s “Second Nations” communities. This will be rationalized by way of Anglophone Canada’s historical treatment of First Nations peoples.

But here is the real kicker– those doing the accusing are not–and will never be— First Nations Canada. Rather it will be white Liberal Canada and non-white Third World Canada.

How do we know this? Simple–because it is already occurring. Just read what Anglo-basher Toronto Star writer Shree Paradkar has had to say about white Canada over the past decade, and you will get the drift.

For CAP, diversity and multiculturalism are not egalitarian social policies–they are weapons of Anglophone community decimation.

6 thoughts on “Is Justin Trudeau Importing 3rd World Migrants In Order To Win EVERY SEAT In Parliament?”