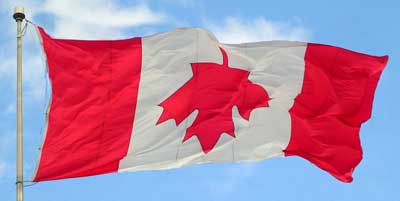 The Canadian economy lost 71,200 jobs in November, Statistics Canada said Friday in Ottawa, following a decline of 1,800 in the prior month.

The report missed the median economist forecast for a gain of 10,000 jobs. The unemployment rate increased to 5.9 per cent in the month, from 5.5 per cent in October, the biggest one-month jump since 2009.

Alberta lost 18,000 jobs in November, according to the latest numbers from Statistics Canada. Conservative Leader Andrew Scheer stated that the Liberal government is to blame for fomenting a national unity “crisis” and that Prime Minister Justin Trudeau “hasn’t learned a thing” since the election returned him to office with a reduced mandate.

If it were up to CAP, alternate wording would be selected regarding Trudeau “not learning a thing”–this is a misnomer.  Our opinion is that rather than not learning, this is really a matter of being “locked into an agenda” our PM cannot deviate from.

As CAP predicted pre-election, nothing will change in terms of Trudeau’s fundamental mission. Here it is:

As incredible as it seems, CAP Theory states that Mr. Trudeau is damaging the Canadian economy as part of a long term agenda to transform Canada from a free and democratic society into a pseudo- dictatorship.

Within a totalitarian nation, the people rely 100% on government for their well-being–or perhaps more accurately, their misfortune as oppressed peoples.

Consider this following: New arrivals to Canada– 90% from Third World nations– rely heavily on government for their daily survival. So too regarding refugee intake. As it happens, the Trudeau government has raised both immigration and refugee intake levels to historical highs.

What occurs when unemployment rises as a result of job losses? The Canadian-born rely more and more on government for survival. See where this is all leading? CAP do–and it’s anything but a pretty picture–public reliance on government is a fundamental of a socialist or communist nation.

When this scenario is combined with an historically unprecedented liberal-globalist social movement as forced upon our nation by our ruling government, it may result in something akin to political dynamite.

So how to control the potential social chaos? Simple, really–buy the establishment media in order to control public thinking by way of government-created propaganda--exactly what Justin Trudeau did during his first term as PM.

Now, please consider this CAP concept: Bankrupting Canada would throw society into chaos. Canadians are angry, and at each other’s throats like never before. Blame is cast all over the place– “it’s the immigrant’s fault,” and “it’s the globalists fault”– and on and on ad infinitum.

So what is needed to resolve this national crisis? Theoretical concept: “We cannot solve the crisis under the current system of government”–too much bickering between various political parties, in-fighting, and the like.

Solution? A one-party government-– communist nation-style. Think this an impossibility? CAP do not. For us, every darn move Justin Trudeau has made is leading Canada directly down this path.

In other words, this man is a globalist puppet– when we look at him, Canadians are looking at a political leader working a specific agenda for the decimation of 153 years of national identity— to be replaced with the Trudeau Dynasty’s Chosen Political System– communism in the fashion of family favourites China and Cuba.

In other words, the global power players pulling Justin’s strings– United Nations, Sikh Nationalism, Nation of Islam, China, Saudi Arabia-– are today in the process of  trans-forming Canada from democracy to dictatorship–and CBC and other media players are helping to achieve this goal.

Impossible? Not a chance. Have not other nations undergone this transformation–some within the past century? Of course they have–and in no manner is the Nation of Canada indemnified from this potential transformation.

Now, let us focus in on one specific area: Islam’s impact upon these developments. The point here has nothing to with Muslims being bad people or nasty citizens. Rather, it is certainly factual that Islamic ideology is anti-democratic. It is fair to say that where Islamic theology grows, democracy is compromised as a result.

What did Justin Trudeau do regarding Islam during his first term as PM? He promoted, funded, indemnified and advanced the Nation of Islam within Canadian society–as well as within our federal government specifically.

See how all this fits together so neatly? This is one good reason why mainstream media in Canada obscure the entire social phenomenon. Within Emperor Trudeau’s “post-modern” Canada, media are a government puppet. That’s the way things are in China, Cuba, Saudi Arabia, Iran, and the rest of the Trudeau Dynasty’s hero-nations.

Now this has come to Canada– a sure-fire sign that under a Trudeau PM, communism is “in the house.”

“I want all our colleagues from across Canada to not underestimate the deep alienation and anger the people of my province, along with our neighbours in Alberta, currently feel about their deal in Confederation,” said Andrew Scheer, a Saskatchewan MP. “The damage done over the past four years is significant.”

Did you know? In the recent throne speech from Governor General Julie Payette(some people call her the space-cowgirl), the term “climate change” was mentioned 11 times. Number of mentioned of “Oil” and “Pipelines”: ZERO mentions.

In other words, it’s business as usual–just as CAP predicted pre-election. Is there not a profound lesson to be learned here? Of course there is– it’s just that so few Canadians will learn about it by way of government-controlled media.

So is it “game over” for Canada–or at least Western Canada? Seems Justin Trudeau is locked into an immutable agenda of destruction– economically, socially, culturally.

CAP Prognostication: We give Canada 50 more years as a functioning democracy–at the most. We give the time-cycle 100 years to occur. The globalist trans-formation began in the year 1968 when Papa Pierre Trudeau first became prime minister.

His Charter of Rights and Freedoms is the political catalyst. Trudeau Sr. entrenched this into our Constitution–rending it next to impossible to extract it from Canadian society.

The other culture killer is, of course, multiculturalism— a veritable “weapon of mass destruction” for English Canada, and its peoples.

“In a democracy, a government “of the people, for the people” should govern for the greatest good of the greatest number. Public officials should resist creating policy to suit narrow special interests seeking a disproportionate benefit from government not in the interests of the broader public.”

10 thoughts on “Is Justin Trudeau BANKRUPTING Canada To Usher In A “New Globalist Order?””