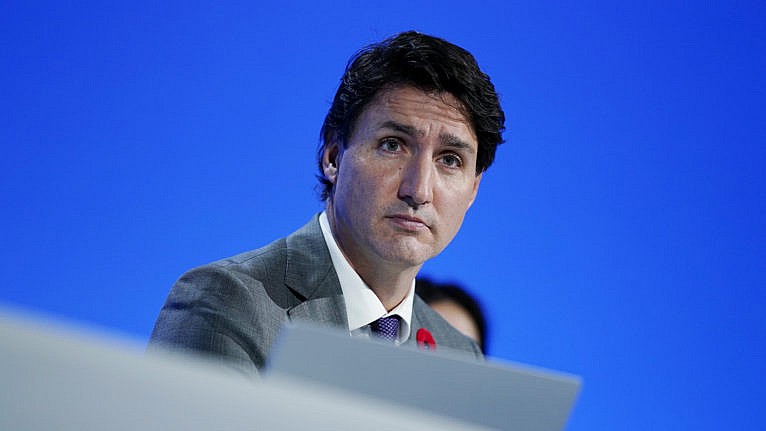 To post to facebook, click here:
​In terms of Canadian politics, six years of witnessing the behaviour of Justin Trudeau as prime minister is enough to make​ a citizen’s head spin. His decision making has ranged from the baffling to the absurd, and back to baffling again.
After multiple years of running down Canadian identity, history and heritage, Mr. Trudeau has taken on a new tact. The agenda has progressed from the ideological to the pragmatic. Today, it is the pocketbook of the Canadian people that is under attack.
It’s what they call a “double whammy”– the result of carbon taxation  combined with rapidly rising inflation. Taken together, the measures are squeezing the life out of the financial stability of the middle class.
“As Canada’s inflation rate soared to an 18-year high, increased cost of living is a source of financial stress for two out of three (67%) Canadians, more than double that of any other financial stressor.”

In terms of geography, no element of Canadian society has been hit harder than western Canada– in particular the province of Alberta. A recent federal election, in tandem with a new cabinet, has ramped up the war on Alberta’s Oil & Gas industry.
PM Justin Trudeau’s recent appearance at the COP26 summit in Europe solidified the deal. Alberta Oil production is to go the way of the dinosaur. This in turn is likely to devastate the economy of the province.
In this context, Cultural Action Party offer an analysis unlike any  within Canada’s news industry. Let us now compare Justin Trudeau’s treatment of Alberta with the Middle Eastern country of Syria:
“Canada has committed up to $3.5 billion in funding for Syria and the region from 2016 to 2021, including significant humanitarian, development and stabilization assistance.”

What was PM Trudeau’s first major decision after becoming prime minister in 2015? To import 35,000 Syrian refugees. The cost of the plan was pegged at $1.2 billion over a six year period.
According to Macleans magazine, as of May, 2019 only 24% of adult male Syrian refugees were employed

Let’s take a look at Alberta:
In 2021, equalization payments will cost Alberta taxpayers nearly $3 billion. That means equalization will cost an Alberta family of four about $2,600 this year on average.
Since equalization was created, Albertans have received less than 0.02% of all equalization payments. Since its inception in 1957, the federal equalization plan has cost Alberta taxpayers a total of $67 billion dollars.
In a recent referendum question, nearly two-thirds of Albertans voted in favour of scrapping federal equalization payments. Justin Trudeau responded by mocking and ignoring the referendum. CAP’s guess he is will never issue a public statement on the matter.
Created under the Liberal government of Prime Minister Pierre Trudeau, the National Energy Program was an energy policy of the Canadian federal government from 1980 to 1985.
The NEP’s Petroleum Gas Revenue Tax (PGRT) instituted a double-taxation mechanism that did not apply to commodities such as gold and copper. The program served “to redistribute revenue from the Oil industry and lessen the cost of oil for Eastern Canada.”

Let CAP make an incidental observation: Alberta is part of Canada, and Syria is a Middle Eastern nation half-way around the world. What’s up with this? Is it not reasonable to state that federal government in Canada– none more so than under Justin Trudeau— has treated Syria infinitely better than one of Canada’s ten provinces?
In addition, can we not witness in this scenario a tangible bias toward Quebec? Fact, or non-fact: the policy has been perpetuated by not one, but two Trudeau-family prime ministers– who both are Quebecois.
Media say nothing. Pourquoi? The answer is incredibly simple: because this is Canada. This political paradox is our nation– never more so than under the iron-clad control of Justin Trudeau. Hereby validating one of CAP’s fundamental beliefs:
Canada is in 2021 a country which places other nations of the world above its own citizens. How odd-ball it is. China doesn’t do this. Copy that for Pakistan, Philippines, Iran, and India. These being the top source nations for immigration to Canadian shores.
Is there something fundamentally wrong with Canada? Is Justin Trudeau waging some form of battle against his own nation?
The questions are endless– for good reason. Media wouldn’t touch this with an 88-foot pole. The mystery continues as our transformation to a self-loathing globalist village gains additional momentum.
— Brad Salzberg, CAP Founder(Est.2016)

3 thoughts on “Is Justin Trudeau At War With His Own Country?”