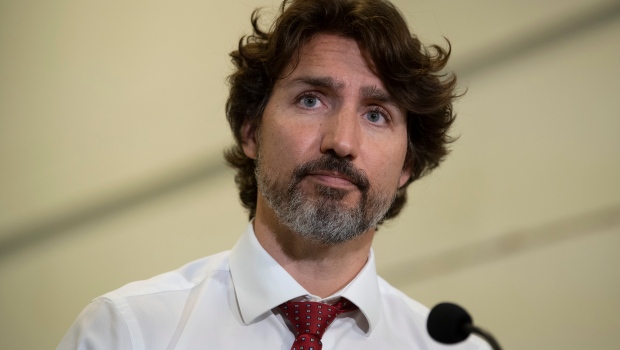 No question about it— there was a time when the thought of a candidate for prime minister being impeded from winning because he is an Anglophone male would be labelled an absurdity.

Is this the case in 2021? As outrageous as anyone may find this, Cultural Action Party believe this may well be a reality. What shapes this thought is rooted in what CAP see as our nation’s transition toward a pseudo-socialist society.

The agenda of Canada’s ruling Liberal government is indeed multi-faceted. Bt utilizing communist-style propaganda, the Trudeau government rule our country while at the same time inflicting a subtle form of brainwashing upon our citizenship.

The post-modern goal of Trudeau and his Liberals is to create a lock on governance for the long term—meaning forever. This is not accomplished simply by winning elections. The true victory is found in winning while at the same time destroying what exists around you.

Eliminate the competition is the name of Justin Trudeau’s “Great Reset” game. This is accomplished through the fine art of “demonization”-commonly referred to as character assassination.

In practical terms, the job is to bury the Conservative Party of Canada for all-time. The silver bullet for this is the mighty “race card.”

Brand the Conservative Party racist. Brand their party leaders racist. Convince the people of Canada that racism and bigotry are intrinsic to conservatism from coast-to-coast.

Outside of what one may call a “micro-issue,” a coinciding element must also exist. This is the “macro” component—to convince Canadians that our Anglophone and European-derived communities are by their very nature a racist community.

This is the reason why Justin Trudeau spent his first four years slamming “Old Stock” Canada in no uncertain terms. Apologies flew forth from Trudeau toward Third World migrant communities, as well as the Trudeau’s preferred LGBT communities.

Never once has establishment media spoken of the “side-effects.” Namely, all this political pandering to special interest communities can only result in a vilification of Canadians of European Heritage.

And well it did. After clinching their second term in office, the Liberals upped their game. Suddenly, Canadian society was no longer steeped in racism. It turned out this wasn’t a powerful enough elixir for their purposes . Today, Canada is indelibly infused with “systemic racism”—a much stronger dose of anti-Old Stock Canadian sentiment.

Where does this leave that which Trudeau, the Liberals, media and our multicultural Industry refer to as “white privilege?” An easy question to be sure—in the very same place it always has been. While everything may be in flux surrounding these social issues, diversity propaganda forever remains cast-in-stone.

From out of these thoughts, CAP postulate the following: no Anglophone-Canadian male will be elected prime minister of Canada. Heck, we will bet that Trudeau’s replacement for Governor General is anything but an Anglophone male.

If we are accurate, this means Conservative Party leader Erin O’Toole will not become prime minister. CAP back this concept—it will never happen.

A better choice would have been African-Canadian female Conservative MP Leslyn Lewis– but not because she is more competent than Erin O’Toole.

In present-day politics, image is what counts. The appointment of Justin Trudeau validates this concept no uncertain terms.

With the advent of PM Trudeau, Canadian politics transitioned into theatre. No individual has contributed more to a degeneration of substance in politics than our present-day prime minister. Appointments such as Julie Payette have reduced a once-revered institution to a mockery of governance.

Still, to become prime minister of Canada is no easy task. A number of variables make the pursuit of the PMO a formidable task.

Is being a non-Anglophone Canadian male today an essential part of the criterion? If it is, there is one thing 38 million citizens can count upon—we will never be told about this by mainstream Canadian media.

2 thoughts on “Is It Now Impossible For An Anglophone-Canadian Male To Become Prime Minister?”