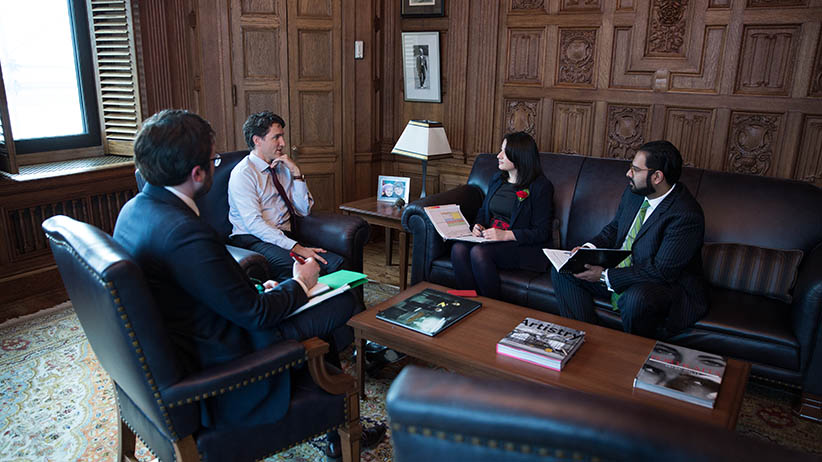 A recent article from CTV News has fired up the braincells of Cultural Action Party:

“Canadians who plan to vote by mail-in-ballot are four times more likely to vote for the Liberals than the Conservatives.”

Seems logical that mail-in-ballots would be used by those who have trouble voting in person. The immobile, seniors, and the disabled. Meaning voters that come from our elderly communities. Polls inform us they tend to vote Conservative, yet the Liberals have a massive edge in this category.

Bringing about a salient question: In what categories do the Liberal Party not have a edge over the Conservatives? Plainly stated–there are none. Not only do media, academia, unions, corporate business, NGO’s, immigration and multicultural advocates want Justin Trudeau to be re-elected.

The whole damn world wants it. According to the Ottawa Citizen,  our country has been warned that Canada will be subjected to “counterstrikes” if voters replace Liberal Justin Trudeau with Conservative leader Erin O”Toole.

Lovely. As if every nation of the Middle East doesn’t concur. Why wouldn’t they, when our ruling government each year throws billions of dollars at Iraq, Afghanistan, Somalia, Ethiopia, Pakistan and dozens more.

It well appears that in terms of federal elections, the Liberals are wired to win. Yet, beyond these circumstances, even more insidious circumstances exist.

For Canadians with common sense, six-years of PM Trudeau functions like a recurring nightmare. The more that time passes, the more individual rights are being eroded. The main instrument being the pandemic. A perfect vehicle to redefine society– without government actually coming out and saying so.

Covid is social conditioning. It is a tool utilized to condition citizens to accept an authoritarian way of life. It is a stripping away of personal freedoms– with a pre-meditated purpose.

Upon synthesizing past and present, we turn to an aspect of society untouched by mainstream media: Canada’s future. The most pertinent example resides in post-election government priorities.

Seeing that international globalism will not permit Justin Trudeau to lose the election, we turn to the main order of business previous to the drop of the writ.

Internet censorship. CAP bet dollars-to-Tim Horton’s donuts that if the Liberals win, they will be gunning like the devil to pass Bill C-10 and Bill C-36. Their success will usher in communist-style internet censorship– as it exists in China.

Speaking of the behemoth nation, here we discover the Liberal template for our future. The 50-year covert relationship between the Liberal Party and China being a catalyst for Canada’s national transformation.

Barely a day goes by without a piecemeal step toward national transformation. All of it in the name of social benevolence– government must “protect our citizens from the evil that is the pandemic.” Away from the spotlight, our country is being shaped into what PM Trudeau described as a post-modern society.

In refraining to define its meaning, Mr. Trudeau left the door open for others to do so. Conveniently, media refrain from doing so. Contemporary Canada certainly is “post-something.”

Post-democracy is CAP’s best guess. Some day, Canadians will come to understand this pre-conceived plot. Our days as a democracy are numbered, as one day we shall discover. The moment will occur at a most convenient time for its creators: after it is too late to do anything to prevent it.

2 thoughts on “Is Canada Being Walked Down A Path Toward A Dictatorship?”