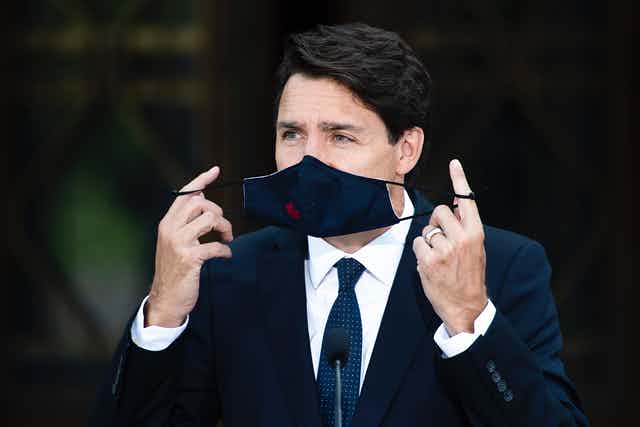 To post to facebook, click here:
To believe that Canada had the greatest of potentials is an under-statement of giant proportions. When considering our attributes, we discover all the qualities necessary to establish Canada as one of the world’s greatest nations.
High standard of living, democratic governance, adherence to rule of law, a clean and healthy environment. For well over a century our nation stood as a model of quality living.
Canada developed a top-tier public education system, in addition to a “jewel” in our crown– a universal health care system. Of course, we are not perfect — as a current army of woke detractors constantly point out. Still, our country exemplified the qualities needed become a powerhouse of a western democracy.
Then something went wrong. Prompted by our giant land mass and sparse population, the rest of the world began to take a closer look at our country. Actually, it didn’t quite progress in this manner– more accurate to state that our government made a decision to sell our country to the world.
The innovator was ex-Liberal Prime Minister Pierre Trudeau. In the year 1970, he became the first western leader to forge diplomatic ties with communist China. Thus began Canada’s national transformation. Not long after, Hong Kong was standing on our doorstep. To be followed by a run of 3rd World Nations– Pakistan, Philippines, India, and eventually nations of the Middle East and Africa.
Canada became a leading destination for immigrants. Today, our country maintains the highest per-capita immigration quotas on earth. Let us be clear in our messaging: in no manner does this suggest there is something intrinsically wrong with new arrivals to our shores.
The transformation of which Cultural Action Party speak is politically-oriented. The transition is ideological in nature.  Along the way, Canada began to morph away from true democracy, and toward a political condition properly described as authoritarian.
Such a development is complex in nature. It is unreasonable to pin it on a sitting government, let alone individual political figures. Yet, when viewing this on an historical continuum, a critical observation comes to light:
No individuals have pushed this agenda like the unspoken-of “tag-team” of Pierre and Justin Trudeau. Was it all too good to be true? Was it an inevitability that our country would be hi-jacked along the path of its historical trajectory? Between government and media, it well appears society has been seduced into a condition of pseudo-communism.
In 2021, it is a blessing of government to discover a sitting Parliament in Ottawa. Did you know? By the time a return to active debate occurs six months will have passed since previous sessions. Justin Trudeau is running our country in the fashion of history’s most successful despots. Somehow, mainstream media never get arount to pointing this out.
Have globalist forces permeated our controlling institutions to the extent that democracy itself is in jeopardy? Last CAP heard, a prime minister’s role was to defend and advance the values of society. Conversely, Mr. Trudeau is doing everything in his power to facilitate a transformation in Canadian governance.
Consider an example from beyond the ideological.  Here we speak of money. Upon Trudeau’s seizure of power, he delegated $10 billion dollars in foreign aid to Middle Eastern and African nations. Not after Canadian financial affairs were taken care of, but rather on day one on the job.
Is this not a tad suspect? Was it pay-back time for Trudeau?  As a freshly-minted prime minister, wouldn’t your first action be that of working to benefit those who elected you to office?
Fair to say Justin Trudeau is not the first PM to give billions to Syria, Somalia and Sudan. He is, however, a national leader who upon election victory increased tax-payer foreign aid donations to three dozen 3rd World countries.
What if this money had been injected into Canadian resource development, technology, transportation, manufacturing and other fundamentals of our economy? Would it not have served as a stimulant for Canada to excel to yet unheard-of heights?
It never happened. And it never will. Canada in 2021 is a nation that works for other nations. Now wonder nationalism is an entirely taboo concept within society. Our nation is a global-giver– one in which government has decided for Canadians that non-Canadians are top priority.
It appears our country today exists to fulfill specific functions:
To ship tax-payer dollars to the Middle East, Asia and Africa. To function as a repository for immigrants and refugees. And last but not least– to serve as a social experiment for transition from democracy to pseudo-dictatorship.
— Brad Salzberg, CAP Founder(Est. 2016)

15 thoughts on “Is Canada Being Systemically Seduced By Communism?”