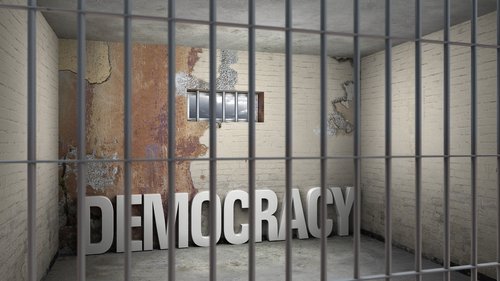 Even within the era of Covid-infused social calamity, recent polls indicate that not only would Trudeau win the next federal election, the Liberals would recover the majority government they lost during term two.

Naturally, this got CAP’s brain cells rolling. As it happened, the Angus Reid poll revealed that the provinces of Ontario, Quebec— as well as the pre-2015 thinking of our Atlantic provinces— are ripe to re-elected PM Trudeau.

Could it be that due to Justin Trudeau’s lock on Eastern Canada, the Liberals could win federally even if 90% of voters in Western Canada vote for a party other than the Liberals? CAP believe this could well be the case. Certainly immigration policy has played a role.

Despite media obfuscation, the Greater Toronto Area(GTA) has transitioned over the decades to “Liberal-3rd World” central. This is today a tangible reality within Canadian demography. In what should be no surprise, this is a key aspect of present-day politics which media has omitted from their narratives.

CAP has always wondered why opinion polls regarding our nation’s critical social issues are wholly disregarded by government. Even as issue as extreme as reinstatement of citizenship for convicted terrorists— which Canadians vehemently oppose— appear not to be the slightest concern for prime minister and cabinet.

The smugness, the disregard, and  the inane responses should lead astute political observers to draw a striking conclusion: government doesn’t give a damn what 38 million citizens think, or desire for the future of their nation.

Why not? The answer may not be as complex as one would imagine. How about this—the answer is that it makes absolutely no difference—Justin Trudeau will remain prime minister regardless of anything that occurs.

Under what form of governance is this the case? Can the president of China be voted out by the public? Can a supreme leader of a Middle Eastern theocracy like Afghanistan be removed from power by the public?

No, they cannot. Bingo—there’s the answer. Justin Trudeau is what one can refer to as a “pseudo-dictator.” He’s the real thing, only most Canadians do not know it—yet.

Canadians are unfamiliar with living within a totalitarian society. Could this one reason be why Trudeau prefers 3rd World Canadians to Old Stock Canadians lie in the idea that the former are unable to recognize society’s current transformation from democracy to dictatorship?

A piece of Marxist theory for you: socialism is when the general public do not recognize their society is communist. Communism is when they do see it—for example, in China.

Speaking of the hero-nation of the Trudeau family, have any other patriots noticed this perplexing trend? Justin Trudeau and Cabinet are behaving more and more like China’s politburo with each passing day.

Notice how, for example, Health Minister MP Patty Hadju speaks of the Covid debacle. She speaks words, but never actually says anything meaningful. Of course, the king of the phenomenon is PM Trudeau. Never in history has so vacuous a speaker darkened the doors of Parliament. Question Period is as hollow an experience as found in all of federal political history.

The fine art of saying nothing while mouthing words comes from communism. It is China and Cuba—as well as historical communist societies such as the USSR.

And now, it this is manifest within a so-called democracy called Canada. At least, this is the messaging from CBC, Globe & Mail, and the rest what was Canadian media before Justin’s “post-modern” nation declaration came to town.

CAP has said it before, and we will say it again: the winners of any upcoming federal election will be the Liberal Party of Canada. In fact, just like the geniuses at Angus Reid, we anticipate a return to a majority government. This, for the PM who is without question the hated politician in Canadian history.

2 thoughts on “Is Canada At The Point Where Election Victory is GUARANTEED For Justin Trudeau?”