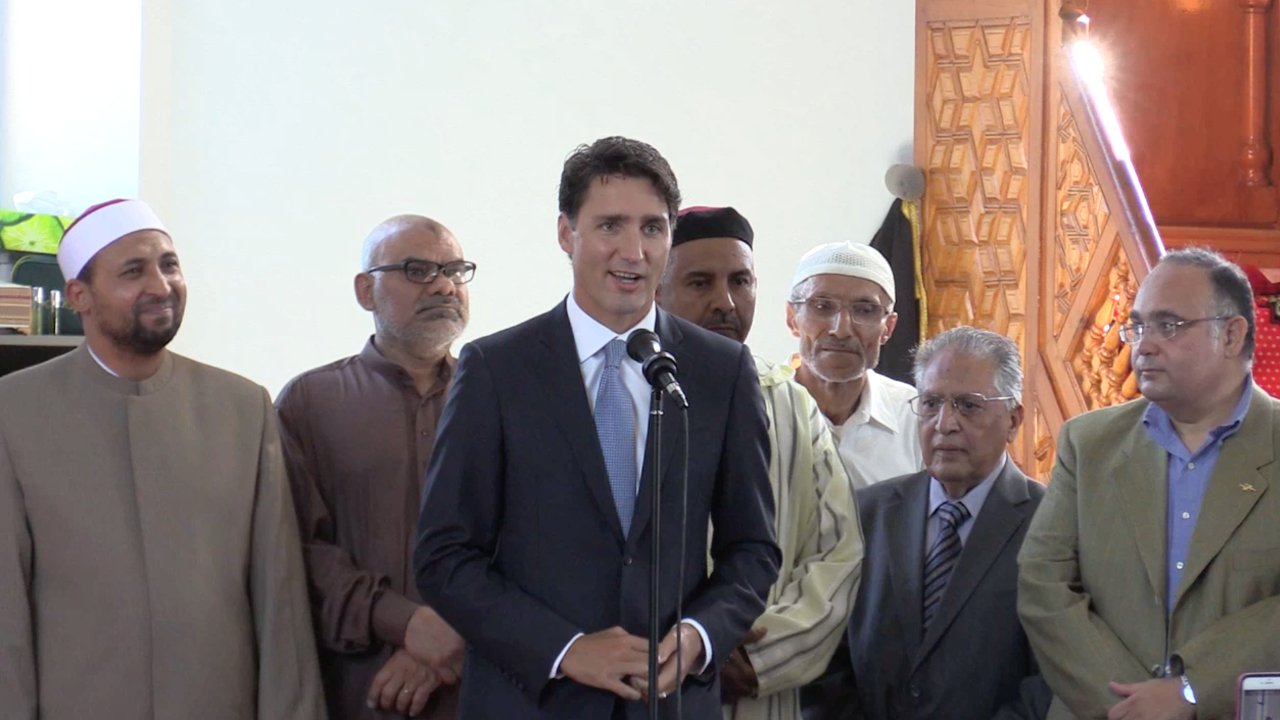 Within Canada’s growing nationalist and patriot movements, there has been discussion of late as to the concept of Canada morphing into a “one-party state” by way of the Trudeau-led Liberal Globalist Party of Canada.

Perhaps a better term would be the “Liberal-Third World Party of Canada”— because it is through this “lethal” combination that democracy in Canada is being destroyed.

How is it done? Like this: utilize mass Third World immigration to trans-form all 338 federal ridings into Liberal-Third World controlled constituencies.

A tricky little scheme, isn’t it? Take for example, the Greater Toronto Area(GTA). Hidden from public knowledge by media is the following:

Sikh and Muslim Liberal MP’s absolutely “tore it up” in the 2019 federal election. Much of this is due to immigration policy–as in, importing Third World voters to jam-pack ridings such as Brampton and Markham, Ontario to the degree that Anglophone Canadians trans-sition to minority communities.

Next, do what Justin Trudeau just did– begin to roll-out the Liberal-Third World “riding-capture” agenda to all 338 ridings in Canada. Hidden from awareness by media is the fact that our ruling government recently rolled out the Rural Immigration Pilot Program–designed to accomplish this very thing.

So do tell, fellow patriots, what will transpire once the majority--let’s say 170 seats out of 338–fall into this Liberal-Globalist political dynamic?

CAP will go first: Canada as a nation will be controlled by Globalist-Liberal-Third World forces. Elections will trans-fer to exercises in futility–a virtual “show” devoid of true democracy.

In other words, Justin Trudeau is working diligently to transform Canada into a “one-party state.” Think about it–if in 2028 Canada had an election which resulted in a Liberal victory within 318 of 338 ridings, what is the point of holding federal elections?

Bingo–there you have it– Justin Trudeau has successfully transformed Canada into a one party nation, with himself implanted as dictator-for-life.

CAP Question Time: How do the Trudeau family– Justin, commie brother Alexandre, and Pierre Trudeau before them– fell about dictatorships and totalitarian states?

Easy as pie– all three of them admire the heck out of China, Cuba, and various other dictatorships–as well as theocratic Islamic nations.

Put all this together and what do you have? Another simple answer: everything CBC and Canadian media do not want 37.5 Million Canadians to understand.

As CAP has opined–as well as the newly registered federal Wexit Party of Canada— we believe the Conservative Party of Canada will never again win another federal election.

In other words, it can be argued that 2020 Canada is already a one party state–but Canadians just do not realize it. Pourquoi? Simple– establishment media in Canada.

Anyone else notice this subtle but disturbing media trend? CBC, CTV, Globe & Mail and the rest never speak of the future of our nation. Never do they opine on what is coming “down the pipe”— future source nations for immigration, the incredible changes in Canadian demographics, the advent of the Nation of Islam, future immigration from Africa.

And most ominous of all– the fact that white Canadians are headed for minority status in Canada. Why not? Because government and media want Anglophone Canada to walk blindly into that “gentle night” of community decimation–that’s why.

CAP Crystal Ball: We give Canada perhaps 30-40 years more to function as a democratic nation. Even today– in 2020-– one can see how the fading “Great White North” is only a democracy for one day every four years– federal voting day.

Subsequent to this, government “own” Canada–every single element of it. Immigration, multiculturalism, religion, media, social media(attempting to), courts, law–the entire social structure of our nation.

Unfortunately for Old Stock Canada, we are being transformed as we speak into a “dinosaur” community–a relic people on a downward trajectory in every capacity of life in Canada.

Nothing, nothing– and more nothing. This is the extent CBC, Toronto Star and the rest are revealing about the greatest social transformation in the history of Canada— the disempowerment and marginalization of Anglophone and Christian Canadians, and a corresponding power-grab by way of Liberal-Third World Canada.

If media hide the agenda, it is logical media agree with the agenda. Either this, or they have no choice.

Aha– there it is– no choice. Meaning that under Comrade Justin Trudeau, media function as a branch of government–just as it is in brother Alexandre Trudeau’s chosen Iran, China and Cuba.

This is the story of the globalist seduction of the nation of Canada.

2 thoughts on “Is Canada A Liberal “One Party State” But Canadians Just DON’T KNOW IT YET?”