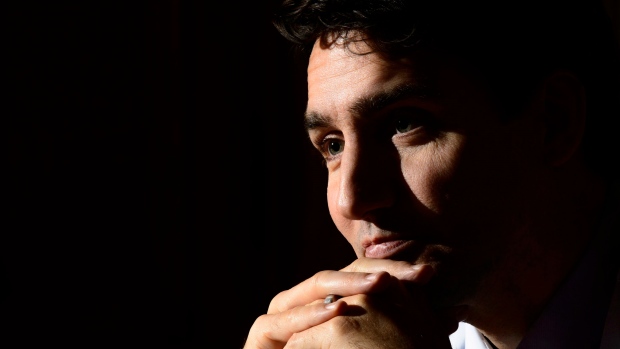 Nobody does it better. At least, not any of the twenty-two prime ministers who ruled before Justin Trudeau blessed Canada with post-modern “progressivism.”

Those who look carefully may see what the majority do not. In 2022, Canadian society is more fragmented than it ever has been. While some may argue this is coincidental, Cultural Action Party has doubts. As the history of nations informs us, the best way to bring down an existing society is to divide community from community.

PM Trudeau has accomplished this with aplomb. A primary tool being found in raising the flag of racism to the top of our social totem pole. Don’t you know? Race is “it” in present-day Canada. Since the day Trudeau became PM, racism has catapulted to the number one issue within society.

The result is social consternation. The most emotive of issues, nothing gets under citizen skin like the topic of racism. Speaking of the emotive, a close second is found in the issue of human sexuality. As manifested by the LGBT/Transgender movement, we acknowledge our second social bugaboo. As with racism, homosexuality has taken centre stage. Again, human emotions are tapped in a manner which angers, and therefore divides, members of society.

If any social issue stands parallel to the previous, it is abortion. Once again, we have a circumstance which taps the deepest recesses of the human psyche– the right to life.

Together, race, sexuality and abortion are enough to fragment our nation to the point of no return. All one giant coincidence, is it? With raw and exposed nerves, Canadians discover that Justin Trudeau is considering a move to legislate abortion rights in Canada.

And the result is? Witness as Canadians tear their collective hair out over what transpires. Here we have Justin Trudeau, a prime minister who has never done a speck of good for “traditional” Canada is his life. Under his leadership, all roads result in damage for “Old Stock” Canadians, Conservatives, Christians, as well as pro-life citizens.

If any one can botch the pursuit of legislated abortion in Canada, it is Mr. Trudeau. Then again, perhaps in some ways, it exists as a goal. After all, if the pursuit of national re-invention is the ultimate target, then the circumstances contained herein function as an ideal set-up.

Distilling this down to its essence brings about an idea never once considered by Canadian media. Is the agenda of our Liberal government– so heavily influenced by the World Economic Forum— to transform Canada into a new society?

According to the tenets of Marxism, social fragmentation is the most expedient path to success. Placing a nation’s identifiable communities at each other’s throats opens the door for national transformation. Is this the game plan of government in 2022?

As far as abortion policy is concerned, Justin Trudeau maintains a most curious position. While we speak of issues of serious complexity, our PM speaks in monosyllabic terms. The degree of nuance regarding abortion surgery is practically immeasurable.

On this basis, Mr. Trudeau maintains a most superficial attitude toward the topic. All the man has to say is encapsulated in a single sentence:

“We will always defend the rights of women to control their own bodies.”

End of quote– and end of story. Are there no issues to be considered beyond Trudeau’s specious statement? Of course there are: should a point exist in a gestation period when having an abortion is ruled out? Should this be at 12 weeks, 24 weeks or 36 weeks? Or not at all? At what point is a fetus considered a human being? From a public perspective, Trudeau has no interest.

All he wants is an open season on the operations– just as Pierre Trudeau originally instituted back in the day. Maintaining this approach is certain to throw the issue into a state of chaos come legislation time.

Perhaps it is just what the woke WEF doctor ordered. Have you heard the news? Abortion chaos is coming to Canada. The fragmentation of Canadian society continues to roll under the iron-clad rule of Justin Trudeau.

3 thoughts on “Is Abortion Next On Trudeau’s Woke To-Do List Of Social Division?”