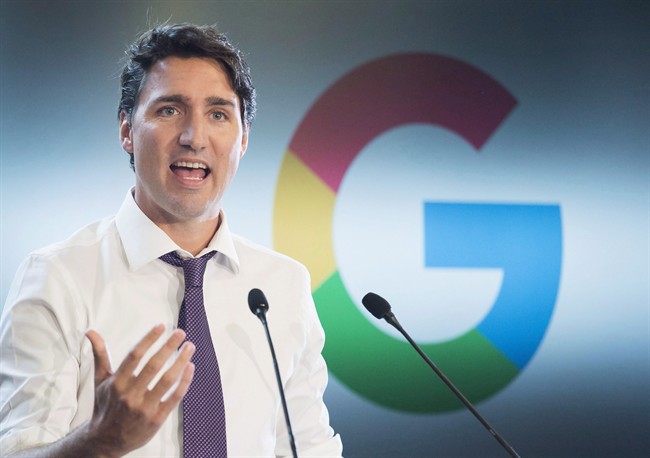 In an unspoken-of battle, demand for internet censorship in Canada is playing out in a classic manner. The struggle between the will of the majority and the power of “special interest” Canada regarding Bill-36 serves as a microcosm for contemporary society.

Since the advent of Pierre Trudeau’s Charter of Rights and Freedoms(1982), the run-away winner has been Canada’s special interest groups. Immigration advocates, multicultural non-profits, “anti-hate” organizations, LGBT-pushers, and the like.

Bernie Farber, founder of the Canadian Anti-Hate Network, said it would be “better to introduce a bill and finesse it in a parliamentary committee than see further delays.”

How “Justin Trudeau” this is. Talk about an emulation of woke liberal methodology. Table the proposal within an Omnibus bill. Have Parliament sit until three o’clock in the morning, and when MP’s go for another coffee, slam that sucker through Parliament.

“It’s creepily totalitarian, something you might expect out of China or Russia,” said Mr. Denton.

Some people don’t give a damn. They want things their way– regardless of preservation of Canada’s democratic way of life. In this dynamic is found an undoing of freedom and democracy as it existed from 1867-2015. Then Justin Trudeau became prime minister.

The Coalition to Combat Online Hate, which includes Jewish, Muslim, Sikh, Indigenous and Black organizations, has written to Justice Minister David Lametti and Pablo Rodriguez urging them to “ensure that a bill regulating online hate and vitriol will have swift passage through parliament.”

All of which brings about the salient question of the century:

Who controls Canada? According to classical liberalism, it should be “the people.” This is far from a recent phenomenon. Political philosophers such as Thomas Hobbes and Jean-Jacques Rousseau were debating this topic three hundred years ago. Their ideas laid a foundation for the French Revolution, and the concept of a Republic that set the stage for democratic governance. America’s Declaration of Independence was founded upon these principles.

Never will Canadian media place this in proper context. They prefer citizens do not understand the nature of “progressive” politics in Canada. CBC, CTV, Globe & Mail, National Post– their job is to present nation-changing political developments as if they are as natural as rain. In the case of internet censorship, nothing can be further from the truth.

In terms of legal ramifications, this is what special interest Canada are demanding:

“The proposed change would have more narrowly defined hatred as the emotion that involves detestation or vilification” that is stronger than dislike or disdain.” Bill C-36 would also have amended the Criminal Code and Youth Criminal Justice Act.”

Mark the messaging carefully. The key is found in one word: emotion. How do courts define human feelings?  Is emotion not arbitrary in nature? One man’s emotion being another man’s banality?

The result is subjective interpretation of the law. And who will be the gate pushing for their opinions to form the definitions?  The same organizations as those pushing Team Trudeau to emulate China’s “Great Internet Firewall.”

Bottom line: It was in 1971 that ex-Liberal PM Pierre Trudeau entrenched Charter rights into our constitution.

In 2021, we witness the results in Justin Trudeau’s anti-democratic consideration of the erasure of freedom of speech in Canada.