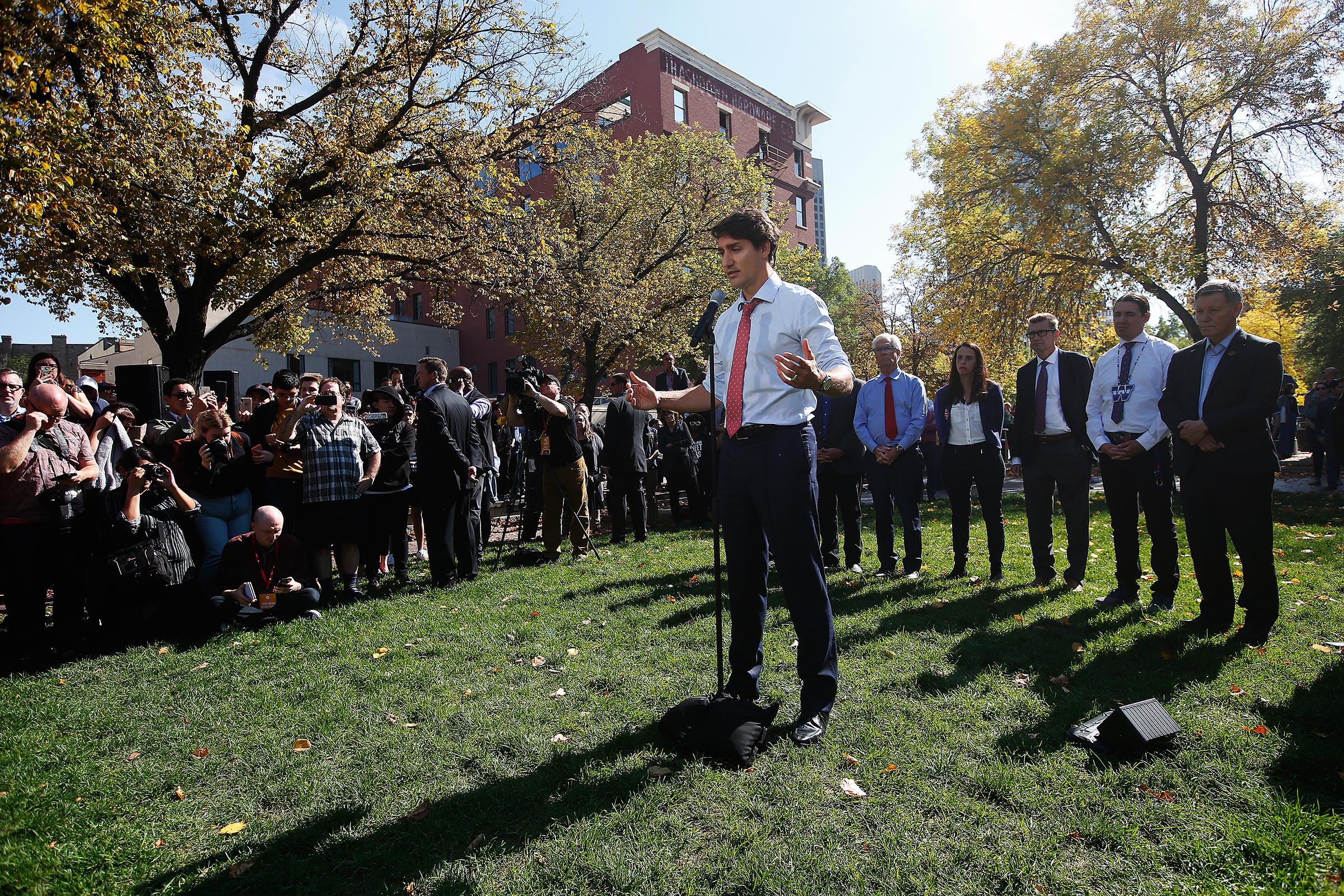 As Canada moves closer to federal election day on September 20th, 2021, you can feel the momentum building. The degree to which our ruling government and media maintain a symbiotic relationship largely evades the voting public.

And why wouldn’t it? It’s not like the CBC or Globe and Mail are going to shout such a thing out to the world. Yet, behind the scenes, a tacit form of partnership has been in existence for decades.

Never has this covert relationship been as paramount as it is at this moment. In caustic terms, the Liberal government has bought Canadian media.

In an attempt to cultivate greater positive coverage from the CBC, PM Justin Trudeau recently pledged an additional $400 million to the state broadcaster. It has been delivered on top of the $1.2 billion that the CBC receive from government on an annual basis.

The Liberal-CBC relationship is not unique. A similar dynamic exists for all establishment media organizations– Globe & Mail, Toronto Star, National Post being examples.

For Cultural Action Party, this is the very meaning of what Justin Trudeau once referred to as our “post-modern” society. Naturally, he failed to elaborate on what this means in real world terms.

After six years of bearing witness to his ways, CAP claim that its essence is an integration of socialist governance into Canadian politics. A synthesis between government and media speaks to the phenomenon.

Its result being an infusion of bias and subjectivity into our political arena. Simply put, legacy media in Canada want Justin Trudeau to be re-elected as prime minister.

It is for this reason that media are dealing cards intended to foil Conservative Party leader Erin O’Toole’s bid for prime minister. For example, those following the election campaigns will notice how media are presently targeting gun control laws.

“Conservative Erin O’Toole has shot himself in the foot– twice– with murky stance on gun control” runs a Global News headline. Media are presently milking this issue for all it is worth.

Interesting to note that of the top thirteen issues that concern voters, gun laws are nowhere to be found. Let us draw an obvious conclusion– with Trudeau now in a position to become an ex-prime minister, media are grasping at straws. So much so they have dredged up the dinosaur skeletons that worked effectively in ruining Conservative Party chances during the 2015 and 2019 elections.

Abortion and Racism. When in doubt, tag the non-Liberals with these blemishes. And why not? It did the trick against ex-Conservative PM Stephen Harper in 2015. Ditto for Andrew Scheer in 2019. Harper was an Islamophobic bigot, while Mr. Scheer was an abortion zealot.

Raising a topical question: will it work this time out? CAP has a sneaking suspicion the agenda is going to fail. After six years of Justin Trudeau, the sparkle from his globalist crowd has grown dull. Not only this– the passing of six years has resulted in a wiser general public–particularly when it comes to media presentation.

An engrossing phenomenon it is– one never spoken of by media controllers. There was a time when news consumers lacked an ability to recognize media for what it was. All we had was the so-called “mainstream” on which to base our opinions. No other format existed through which we could contrast presentation to arrive at an objective viewpoint. Until the world wide web altered the status quo, media presentation was in reality one “giant bubble.”

Then came the internet revolution. The result being that alternate media, as well as social media, began to influence public opinion. In terms of business, these platforms started to detract from legacy media revenues.

All of which resulted in a form of battle never properly articulated– the mainstream versus internet “media wars.” The result being a progressive loss of market share for CBC, CTV, National Post and the rest. Enter government and their billion dollar subsidies. But of course–they must have something in return.

It is this reciprocity that hold the key to government’s control of media. In pragmatic terms, it means media will extend favouritism toward the political party which delivers them the most money.

This is, without question, the Liberal Party of Canada. The bottom line being that media objectivity is lost in the process. In the upcoming federal election,  establishment media are voting Liberal— just as they have since the day Justin Trudeau was appointed prime minister.

3 thoughts on “In Trudeau’s Canada, Mainstream Media Vote For The Liberal Party”