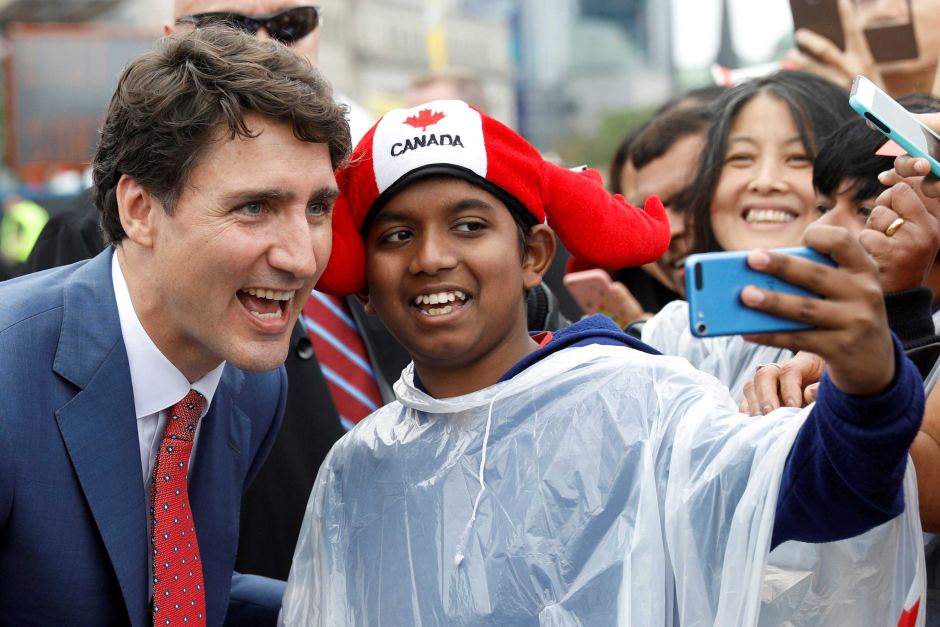 Immigration is Canada’s most under-analyzed social policy. It’s justification being reduced by government and media to the most simplistic of rationalizations:

Immigration policy exists in response to an aging population. Add to this an aging workforce. Stop the press. An exaggeration this may be, but not one without a point. This specious approach has for decades served to cover-up a plethora of related implications.

One of which Cultural Action Party has focused on for a number of years. We speak of the manner in which Canada’s  Liberal Party has harnessed immigration for the purpose of winning elections. While media keep this under-the-radar, the immigration-election dynamic is destined to lock-in the Liberals as government for life.

This is a form of political manipulation which is failing to penetrate the consciousness of society. The bad news is it is not the only example.

Here we expand the notion into the topic of racism. Is it illegitimate to state that the larger the immigration quota, the more that racism rears its ugly head within society?

It only makes sense– one reason why media never speak of the situation. Returning to  “black and white”  justification for immigration quotas, we uncover another simplistic rationalization. Racism has nothing to do with maintaining the highest per-capita migration quotas on earth. The entire reason is found in the fact that Canadian-born citizens are intrinsically racist.

Thus, something must be done to “curb the enthusiasm.” Special interest and non-profit groups want the problem resolved through an erosion of freedom of speech on the internet.

Their deep and profound influence on the Trudeau government has resulted in a tabling of Bill C-10 and Bill C-36. Readers may recall these gems from before the recent federal election. CAP bet our bottom dollar on their post-election resurrection.

To distill this down to a cogent message is to defy a concept that our controlling institutions perpetually maintain. Government, media, academia— none dare to connect  immigration policy with a negative impact upon society.

Regardless, CAP remain cast-in-stone: immigration policy leads to a demise of freedom of speech. Through a vehicle called internet censorship, the freshly-minted return of Team Trudeau are about to step all over these freedoms.

Now we have what is called a “double-whammy”– our rapidly changing demographic results in a demise of democracy in the form of a perpetual Liberal dynasty. Add to this an end to freedom of speech.

Kindly ask yourself– under which form of governance do these circumstances most thrive? The answer is communist societies. Therefore– based upon Liberal government policy– our country has transitioned to a condition of nascent communism.

How diverse is the use of immigration policy to shape the future of our nation. No wonder media do not speak of the unholy topic. Where are Canada’s futurists, anyway? Where does one find the prognosticators for the destiny of our country?

Nowhere is where– for a darn good reason. Canadians are in the process of being stripped of our civil liberties. It exists in the form of Covid. It can found in-between the cracks of immigration policy. It has been manifest for decades in the form of systemic Multiculturalism.

If Justin Trudeau wanted to reduce racism in Canada, he would reduce immigration quotas. How many times has mainstream media spoken of synergy between the two? The answer is never. Nor have those who tirelessly complain about racism– Canadian Anti-Hate Network, National Council Of Canadian Muslims being two prominent examples.

Are Canadians to believe that not one of these entities comprehend how mass immigration exacerbates racism? Or rather, can there be a larger agenda at play.

Using racism to accomplish political and social control– that’s the ticket at hand. If the people of Canada cannot comprehend this, how are they to understand that communist ideology is the root of our social transformation.