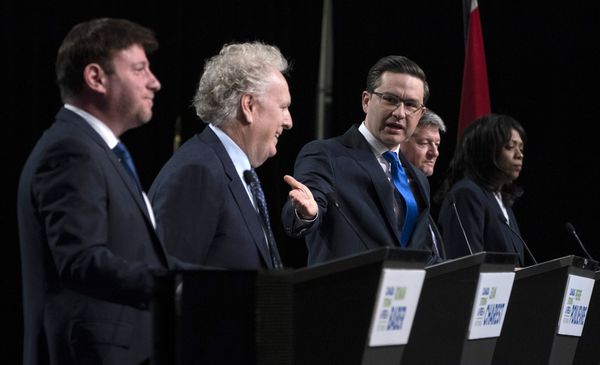 Any hockey fan worth their salt will recognise the following truism: Don Cherry has been banished from the Canadian kingdom. In late 2019, Cherry singled out new immigrants for not wearing poppies to honour Canada’s veterans and dead soldiers.

“Game over”— politically correct Canada blew the whistle on the NHL Hockey commentator. For his crime, Mr. Cherry was served a lifetime sentence in the penalty box.  His transgression? Existing as a quintessential Canadian in an era when such a thing is loathed by government and media. Loud, brash and a white male to boot, the firing of Don Cherry served as a warning sign of things to come.

Canada is a changing nation. That citizens never asked for this change is a secondary point. It happened anyway– as did all other fundamental transformations which have unfolded in modern Canadian history.

Don Cherry is gone because Canada 1867-2015 is gone. On October 19th, 2015, Old School Canada was sent to the dressing room in perpetuity. Justin Trudeau was declared prime minister, and despite media obfuscation, our country was never to be the same again.

Trudeau promised progressive governance, and that’s what Canadians received. Namely, a progression from traditional democracy to a pseudo-communist society.

Those who think Don Cherry got a bum rap may want to place things in perspective. His treatment by media in 2019 cannot hold a candle to that of Pierre Poilievre, candidate for Conservative Party leader in 2022.

“Ooh, a storm is threatening our very lives today.” Thus blows the hot air of the Liberal-NDP-Media political triumvirate. “This PP fellow is getting too big for his britches. He is too popular. We must cut the candidate down to size.”

Enter a weapon of mass destruction: Pierre Poilievre, and those supporting him, are racists. Never has Cultural Action Party witnessed an organized assault on a political candidate as nasty as that waged against Mr. Poilievre. Simply put, it’s a damn disgrace– but it’s working:

“We  see evidence that Pierre Poilievre has lost popularity over the last few weeks.” said Abacus Data this week.

Really? That should come as the greatest shock since electricity hit the brain of Jack Nicholson in One Flew Over the Cuckoo’s Nest. Of course Poilievre has lost popularity– it is what occurs when media conspire to destroy a political candidate.

Moving to the competition offers no relieve. The main contender, Jean Charest, has been dug up from the political tar pits to lead the charge against “the people’s choice.” Note the media absurdity– not once have CBC, CTV, Globe & Mail and Toronto Star pointed to an obvious fact:

In no manner does Jean Charest represent new political blood. Ours is a progressive country, is it not? Charest is a political brontosaurus. Not once has media alluded to the fact that this candidate is no spring chicken. Normally, such a thing is anathema for political observers. In Charest’s case, it has made no difference at all– a sign of media bias if there ever was one.

CAP point to an obvious fact: if media were not in favour of Jean Charest’s candidacy, they would call him out for what he is– a pseudo-Liberal political dinosaur. We draw our conclusion: media want Pierre Poilievre to lose, and Jean Charest to win. Why? Because Charest is the Liberal Party’s choice for leader of the Conservative Party.

What ever happened to objective news reporting? Has Canadian media transitioned to a propaganda unit paid to back the will of the Liberal Party of Canada?

Sadly, the answer is yes. Media in Canada are today a non-official branch of our Liberal government. In this capacity, the press now function in the same manner as media within non-democratic societies.

Thereby suggesting what CAP has purported since the day Justin Trudeau ascended to his political throne. Canada is a functioning democracy in concept only. Behind the media curtain, the Conservatives can only win a federal election if Jean Charest is appointed party leader.

And even under these circumstances, the chances are mighty slim.

51 thoughts on “If You Think Don Cherry Got A Bum Rap, Try Being Pierre Poilievre”