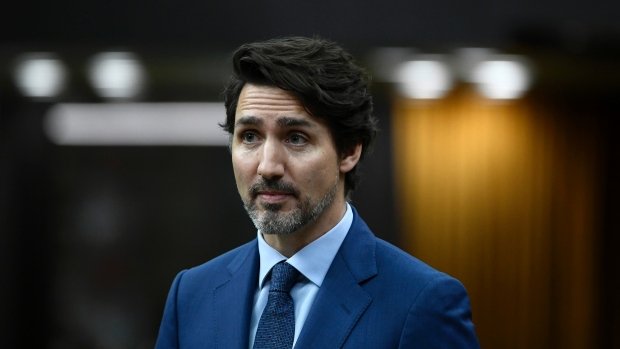 There is great irony in Prime Minister Justin Trudeau’s “Diversity Is Our Strength” proclamation to the citizens of Canada. In basic terms, Cultural Action Party of Canada do not believe this to be the case, and we will hereby explain why. The phenomenon began in the year 1971. The prime minister of the day was Liberal PM Pierre Trudeau.

With an intrinsic connection established between multiculturalism and immigration policy, we begin to probe the details–  a practice which mainstream media have eschewed since the ideology was instituted. This in itself brings about dubious conclusions.

In 1971, PM Pierre Trudeau took his first groundbreaking trip to China.   Within a one year period beyond this, Trudeau Sr. forced multiculturalism upon our society.

The word “forced” is chosen for a reason: to connote the lack of public participation or approval. Within a country based upon democratic governance– once which includes an emphasis on the “will of the majority”–citizens of Canada had no say in this development.

Fast forward to the year 1988. Conservative party leader Brian Mulroney is prime minister. It is at this time when the Multicultural Act of Canada became official legislation. Here’s an interesting question: how many nations on earth maintain “official” legislated multicultural policy?

It is arguable Canada is the only one. The other contender is Australia–beyond this, there is no one. While nations such as France may pride themselves on what is known today as “diversity,” they lack any related legislation.

In other words, in a global context, legislated “diversity” is more of an aberration than a standard. Again, a point never alluded to by media in Canada.

Why is this factor important? It is here we get closer to the “heart of the matter.” The answer is that the federal government statute authorizes a transfer of funds from tax-payers to non-for-profit immigration and multicultural organizations.

How much money has flowed through to “diversity” to non-profit groups. Try billions over the decades. Ever see a reference to this from CTV news?

How has this impacted general society? It has served to empower a specific segment of our demographic. Which ones?  The ones who are the most populous, wealthiest, and best politically organized. It is here we find the well-hidden world of multicultural lobbying of government.

The basics constitute two stages– from non-profit to MP, and from MP to Prime Minister.  After Justin Trudeau gained control of society in 2015 dynamic went on steroids–particularly within the Liberal-3rd world political powerhouse of the Greater Toronto Area(GTA).

In other words, multi-culturalism is not nearly as “multi” as one would imagine. The greatest benefactors are three: Canada’s Chinese, Muslim and Sikh communities. What has transpired is a slow and steady accumulation of power, with a corresponding reduction in power for other segments. Perhaps this will help illustrate the point:

No surprise that the “downside” of this is not emphasized. In effect, this means Anglophone and Francophone Canadians are now restricted from being hired by the CBC. Equality according to diversity ideology? You be the judge.

Does multiculturalism exists for the purpose of advancing social equitability? Don’t think so. Sounds more like prejudice against “Old Stock” Canadians.  Rather incongruous with the “white privilege” ticket  advanced by Canada’s diversity industry, is it not?

Had enough? Try this on for size:

To what extent does a “ceiling” exist within the world of Canadian diversity? In other words, what form of demarcation can be found whereby the “great diversity project” has reached a point of   “a success?”

There isn’t one. If there is no point of satiation–which there is not–what’s to stop the program from continuing to the point where an actual “role reversal” takes place?

The answer, of course, is nothing. With Canada maintaining the highest per-capita rate of immigration intake upon planet earth, what will be the long-term state of affairs for those who fall outside the parameters of diversity inclusiveness?

Who falls outside this? Simple as pie– Anglophone Canada, “Old Stock’ Canadians, and the like. Ever read of this element in the National Post? The answer is never, and more than likely, you never will.

Is multiculturalism set up for a marginalization of an identifiable community within Canadian society? CAP believe it is. Just don’t go to the ruling government of Canada for an answer–or establishment media.

Indeed, they have no interest in addressing what is arguably the greatest social transformation in Canada since the founding of our nation in 1867.