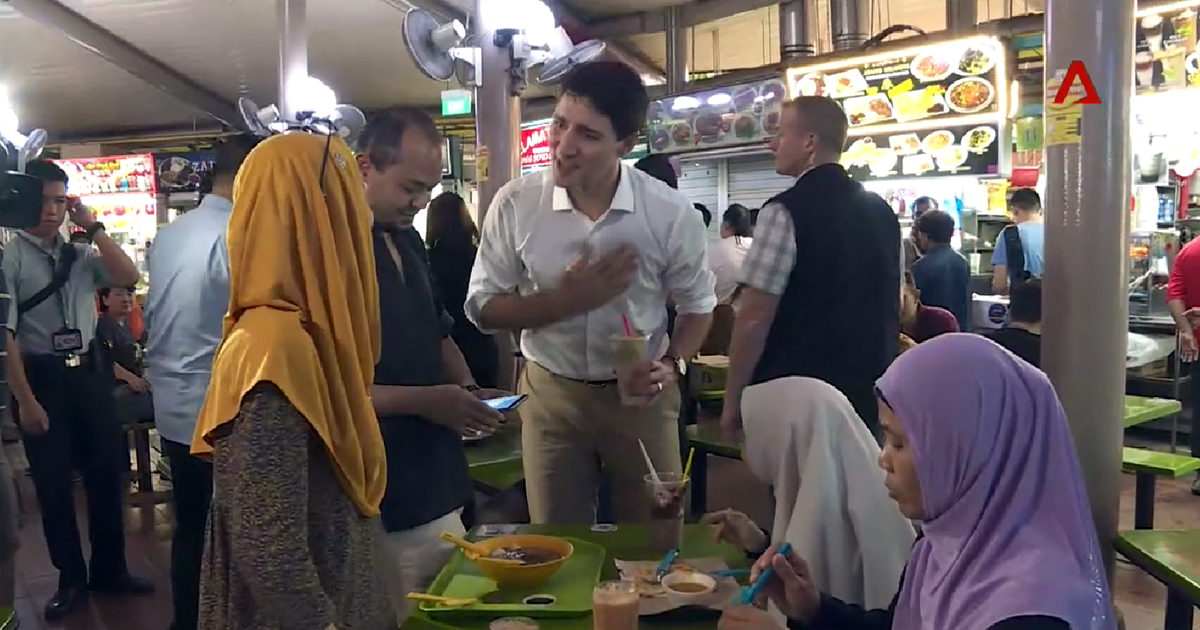 In politics, image is everything. No western democracy adheres to this philosophy more than the federal government of Canada.

To accomplish their goals, our Liberal government employ what CAP call the “fine art of subterfuge.” The tactic, drawn from authoritarian governments of history, is designed to deceive the citizens of a country.

It occurs when a top political priority is disguised with superficial positioning of a secondary government policy. Under Justin Trudeau, it comes in the form of specious concern over social equality.

Let’s think about this for a moment. What better way is there to deceive citizens than to perpetually lead with an issue such as “minority rights.” Displaying concern for Canada’s racialized communities, the ostensible message is one of righteous concern for the “socially disadvantaged.”

Keep this front-and-centre in your campaign, and a government can get away with anything. Including transitioning a western democracy to a post-modern dictatorship.

“The Liberal government will always stand up for the rights of the oppressed. We stand by our LGBT communities. We are dedicated to the fight against racism, including “Islamophobia.”  Canada is systemically racist. Being a country founded on bigotry and genocide, the Liberals stand in solidarity with all marginalized Canadian communities.”

How wonderful it sounds. On this basis, citizens would be hard-pressed to define our country as one being nudged along a path toward a complete loss of personal freedoms.

Away from the media spotlight, this is Liberal Party political strategy. On the surface, the government are humanitarians. Scratch that surface, and underneath we find the most draconian federal government in the history of our nation.

CAP has a term for whomever came up with this strategy: it’s pure genius. Therefore, we know that Justin Trudeau didn’t originate the concept. Without question, this societal seduction comes from mental powers far beyond those of our aberration of a national leader.

When we say “far beyond,” we meant it both literally and metaphorically. More than likely, the strategy can be traced back to those who originally placed Trudeau in power.

“Bill C-11, the Liberal government’s Online Streaming Act, has passed the House of Commons and is currently before the Senate. A complex set of amendments to the much older Broadcasting Act, the Online Streaming Act would classify all audio and visual “online undertakings” as a form of broadcasting that will come under the authority of Canada’s radio and television regulator, the CRTC.”

“Despite this benign-sounding claim, everyone from technology trade groups to legal scholars, social media companies to their users has come to the same conclusion: C-11 is a bad and dangerous idea.”

The idea is not only bad and dangerous. It’s a replication of China’s “Great Internet Firewall.” Meaning that the internet in Canada is about to become communist. In 2022, freedom of speech is in peril. Censorship of Canadians will in time become devoid of criticism of government. Exactly as it is in the communist societies Justin Trudeau admires.

How awful and terrible it is. And how much lessened the impact when the perception of government is that of a compassionate, caring political entity. It is through this deception that Trudeau and the Liberals are corralling Canadians into a quasi-communist bullpen.

Internet censorship is just one example. Healthcare is another. The Covid virus was disseminated from China throughout the western world. Upon which Trudeau took advantage of the situation to entrench China-like social policy in our country.

In an instant, 38 million Canadians were being told where to walk, when to stand, and where to sit in theatres and restaurants. Not once has media divulged the idea that all this constitutes a replica of life in China.

To obscure the reality, the Feds speak of support for transgendered Canadians. Anti-Asian racism is a scourge upon society. Women must have full access to unlimited term abortion. Euthanasia is a compassionate policy. Never mind the fact that government are saving big money by way of knocking off our elderly.

As long as woke Liberalism remains at the pinnacle of the government totem pole, Canada is good-to-go. CAP call this one GIANT LIE.

The true purpose of Trudeau’s “Woke Revolution” is the transition of a once free and democratic society to a socialist nation-state.