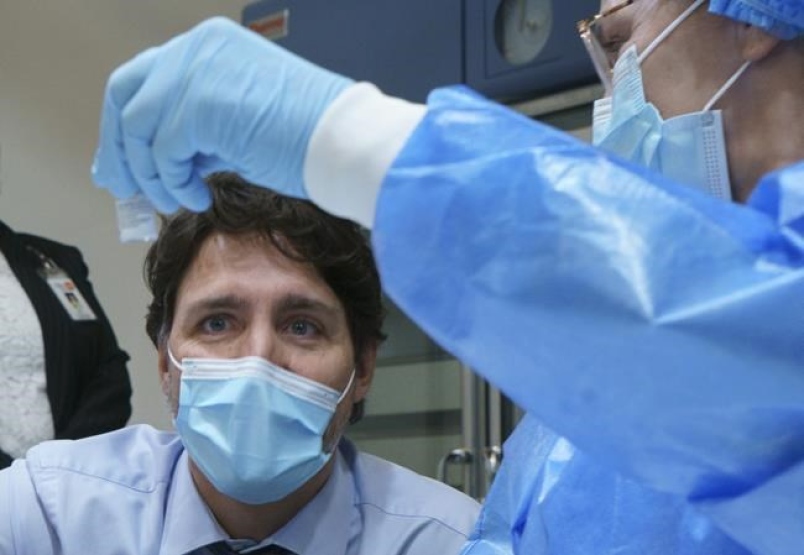 Since the day Justin Trudeau became prime minister, Canada has undergone its greatest transformation in modern history. From the moment our Liberal government purchased establishment media, these entities have treated the situation as if it is as natural as spring rain.

The essence of the transformation is found in a tacit partnership between the Liberal government and establishment media. How is this accurately defined?

At the base level is an emulation of how government and media are structured within non-democratic nations. In this capacity, media are tasked with promoting the will of government. As such, it may be overt, or it may be subtle. The bottom line is a method of social conditioning through propaganda dissemination.

It has been 5 years and 9 months since a federal party other than Trudeau’s Liberals have been in power. During this time, an observant Canadian could could count on one hand how many media articles have placed a positive spin on the opposition Conservative Party. We don’t even need one hand to tally how often the CPC have led in the polls during this time span.

Stephen Harper was dull. Andrew Scheer was a bore. Erin O’Toole is incompetent. The Conservatives are confused, and lacking in cohesion.

“Ahead of Canada’s 44th general election — the Conservative Party is in shambles. Its leader, Erin O’Toole, is the least popular of the federal party leaders. In a recent poll, 40 percent of respondents said they have a negative view of him, compared with 20 percent who have a positive view.”

“The CBC’s Poll Tracker has the Liberal Party, currently governing in a minority Parliament, on the cusp of a majority win. And the Conservative voter-floor is sagging. It’s even conceivable, though not likely, that the near-ceaselessly third-place New Democratic Party could end up with more seats than the Conservatives.”

The latter Cultural Action Party believe. In fact, we believe all of it. From this we draw an ominous conclusion. Viewing Canada’s political arena in terms of which party leader most aggressively condemns Canadian society, we arrive at some uncanny conclusions.

Of course, the greatest Canada-basher in history is Justin Trudeau. In this he reigns supreme. Our society is intrinsically racist. Our Anglophone communities are xenophobes, Christians are bigots, and heterosexuals are homophobic.

Result: Mr. Trudeau is leading in the polls. Next to him stands the NDP’s  Jagmeet Singh. Now, this guy really hates our country. Canadians are genocidal. Ours history is inundated with white on non-white animus. The Komagata Maru incident– one which featured no death and no violence– speaks to the malevolence of historical Canada.

Mr. Singh’s NDP have risen in the polls to the extend they could usurp the Conservatives in popularity. Speaking of the CPC, they have done little if anything in the area of hating Canada and branding our society racist.

What to conclude? CAP will go first. There is within contemporary Canada a form of social and political sickness. It is in no manner a coincidence. Rather, this results from a pre-conceived agenda of national transformation.

There is a definite purpose for this condition. How many nations on earth currently maintain a program of systemic self hatred?  Turns out that Canada is the only one. Do we find this in China, India, Iran, Pakistan, or any other of the leading source nations of immigration to our country?

Of course not. What differentiates us from the rest? The answer is found in the fine art of transitioning governance away from democracy. You gotta admit, self-hatred is a powerful force. Powerful enough to assist in a transfer of Canada from democracy to dictatorship.

What we have here is a politically sick society. At its essence is to be found a tacit form of communism. Our nation is the victim of a covert form of warfare. This battle has nothing to do with guns and tanks. Rather, it is found in a slow and steady seduction of our country’s major institutions.

This began with Canada’s educational system–universities in particular, which in 2021 are wholly infused with Marxist propaganda. Next, on to media– more than likely by way of the mighty dollar bill. Then came Justin Trudeau, and the rest, as they say, is history.

Justin Trudeau took on the monumental task of completing the final nail in the coffin–a transformation of government to a communist entity. Like a physical malady infects a healthy body, so too has communism infected our body politic under the rule of the son of the father of Canadian globalism— Pierre Trudeau.

The future of our nation is decidedly communist. Not that our citizenship will fail to discover this in due time. Indeed we will– at the point when nothing can be done to reverse the transformation.