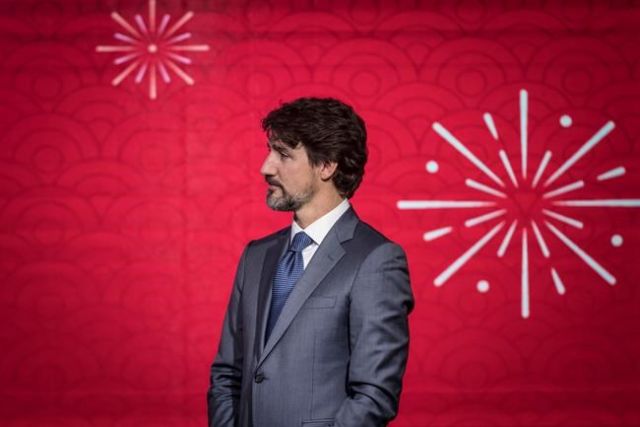 As Prime Minister of Canada,  Justin Trudeau once stated that people “tend to see things from different perspectives.”

A reasonable statement from the man. There’s a first-time for everything. From the Cultural Action Party perspective, such a thing applies to myriad political conditions within contemporary Canada.

What better topic to apply this notion to than Multiculturalism. CAP cannot think of  a policy or ideology which has been so impactful, and at the time so under-analysed, as Canadian “diversity.”

Multicultural ideology was introduced by — or more accurately forced upon society–  by Pierre Trudeau in the year 1971. A full fifty years later, the number of critical pieces of analysis from media or academic Canada total next-to-nothing.

How odd. In tandem with immigration policy, Multiculturalism is the most impactful piece of legislation of the past 100 years.  Trudeau Sr.’s original intention–ostensibly–was to create equality among ethnic and religious communities of Canada.

One complication resulted straight out of the gate– Multiculturalism has  “no ceiling.” Here we refer a future state of satiation.  What tangible form exists whereby reaching a point of success becomes recognized throughout society?

Quick answer-there is none--and this is 100% intentional. This means the affect of the policy can roll on indefinitely. As in, well past a point of  balance in terms of social equality.

This is indeed the outcome of Pierre Trudeau’s multicultural imposition upon society. Looking at this on an historical continuum– something establishment media never do–our so-called “minority” communities may well transition all the way from “under-privileged” to the “over-privileged” of society.

READ MORE: Why Justin Trudeau Can Do ANYTHING HE LIKES And Still Win The Next Election

Rampant paranoia? It possibly could be– if not for one critical element:

The Liberal Party of Canada.

Now, for some opinions on these issues from CAP:

— Historically speaking, the Liberals have not done a shred of good for English Canadian identity, and its Anglophone communities.

— Both Pierre Trudeau, and current PM Justin Trudeau, had/have a malevolency toward Anglophone Canada based upon the colonial founding of our country.

— Trudeau-brand Multiculturalism is vindictive. The desire is a disempowerment of our peoples, and a corresponding empowerment of what one may call “Third World Canada.”

— They have thus far succeeded beyond their wildest dreams.

How entirely basic is the concept that multiculturalism is exclusionary. Is it not a fact that Irish Canadians, Polish Canadians, Italian Canadians and the rest of our European-derived peoples have remained excluded from the “great diversity banquet feast” for the past 50 years?

So darn obvious–and yet never once expressed within the pages of Canadian-owned media entities such as CBC, CTV, Globe & Mail and National Post.

For CAP, this has to be the most odd-ball social circumstance of the past century. For Andrew Coyne, John Ivison and other so-called erudite Canadian journalists, it appears as if the thought has never entered their minds.

PM Justin Trudeau is fairly portrayed as Canada’s king of diversity. For him, diversity is our nation’s “greatest strength.”  Would it not be a great thing to run the following question by our reigning leader:

“Mr. Trudeau-– if diversity is the greatest thing since sliced bread, how can a clear demarcation exist in the policy that is inclusive of 3rd World Canadians, while  “Old Stock” Canadians are on the outside looking in.

This social dynamic a not static phenomenon. As decades pass, circumstances surrounding Multiculturalism have changed dramatically. Once a fringe element, 3rd World Canada has become a political force of giant proportions.

All the while, the diversity agenda remains entirely static. There has not been one iota of alteration in Multiculturalism since the day it began in 1971.

How could there be, when the entire program is never debated, or analyzed?

CAP Conclusion: This is incredibly bad news for Anglophone Canada. Looks to us as if a pre-conceived policy for a transition of power will one day result from this phenomenon.

As it happens Cultural Action Party has coined a term for the coming state of our communities. This we call  “Second Nations Canada.”

In our opinion, this is exactly where Old Stock Canada is heading at the hands of Justin Trudeau, his media partners, and the international power players backing the agenda.