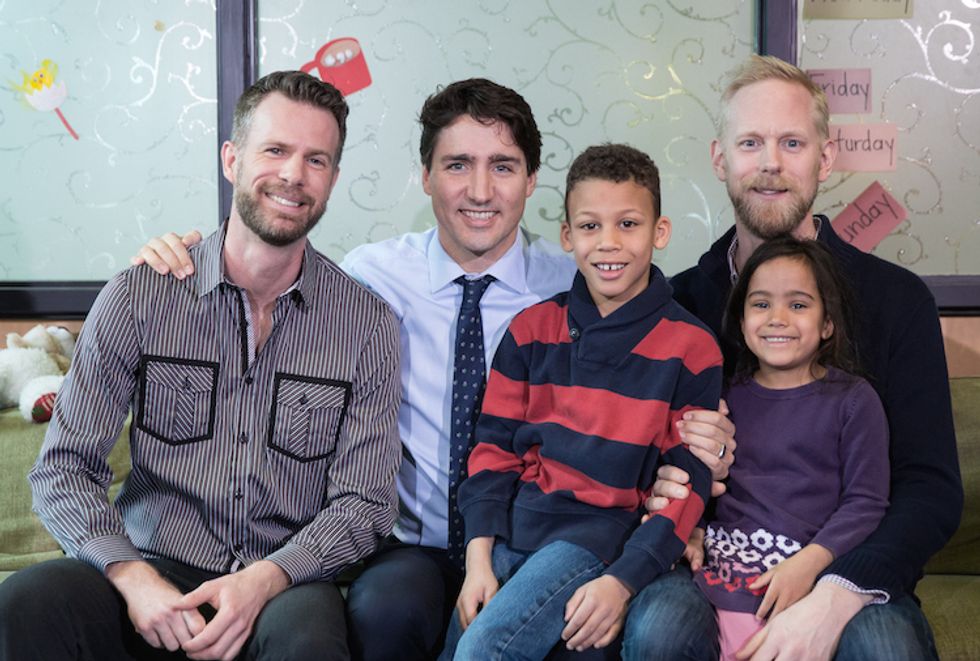 The most infamous demand of the Communist Manifesto is found in the “abolition of the family.” The family unit, Karl Marx suggested, was where “patriarchy and capitalism worked in tandem to produce willing, alienated workers.”

Thus a manifestation within nations such as China, as well as the former Soviet Union. Within these communist societies, the family unit remains subordinate to the state.

Upon which Cultural Action Party take a look at the condition of the family unit in Canada from 2015-2021, the years in which Justin Trudeau has been prime minister.

Apart from dedication to Syrian refugees, PM Trudeau maintained laser-like focus on an advancement of the LGBT movement. A fundamental of which is expansion of parameters beyond the traditional family unit. Gay marriage, adoption of children by same-sex couples, and transsexualism were duly promoted.

To be followed by the “pronoun wars.” In 2019, government employees who were tasked with connecting users to services could no longer refer to citizens as “sir,” “madam,” or any other gender-specific term.

The forbidden terms include “mother,” “father,” “sir,” “madam,” “Mr.,” “Mrs.,” and “Miss.” Instead, workers are directed to call people “parents,” use their full names, and ask them how they wish to be addressed. They are further warned that an in-person Quality Monitoring Program will monitor their compliance with these rules.

Slipping through the media cracks, the extremity of Orwellian regulations became a standard of Liberal policy. All of which equate with an outcome obfuscated by media: the erosion of the traditional family unit.

From which we transition to the personal. There was a time when this writer’s family got together on a weekly, if not monthly basis. It has not occurred since the advent of the Covid pandemic some two years ago. Instead, we have attempts at coordinating get-togethers that often fail. Add to this consternation over vaccinated versus non-vaccinated family members.

Cultural Action Party go all-in on the concept that my family is not alone. No public poll is needed to deduce that millions of Canadians from coast-to-coast have shared this experience.

Conclusion? The pandemic has contributed to an erosion of the closeness of the family unit. A coincidence, is it? What, pray-tell, is the geographic source of the Covid plague? Fair to say it originated in the communist nation of China.

In terms of mental health for Canadians–or anyone else for that matter– the family serves as a core component. Its inversion– family alienation, social distancing, the lack of tactile connection with other humans– leads to an increase in anxiety and depression.

Add to this the negative impact on a physical manifestation– respiratory health–  and what is it we have on our hands?

LOOKING BACK: Justin Trudeau Bans Use of “Mother” And “Father” Within Government Organizations

A damaging impact on both the mental and physical health of the Canadian public. A dire situation it is. Serving up a question which demands to be put forth for public analysis:

Is any aspect of this scenario contrived?

Too bad media will never ask it. Here comes the fourth wave. Where does it end? Does the idea of “never” not register with readers? As citizens of Canada, we have no idea. Therefore, a manifestation of the number one method used to control a population: fear.

CAP do wonder if deja vu moments are popping up. Looking back to authoritarian governments of modern history, do parallels not enter the picture?

A loss of personal freedom being a main contender. An erasure of individual rights under Canada’s Charter of Rights and Freedoms a distinct possibility.

Just what is the true nature of this epoch-creating global transformation commonly known as Covid?