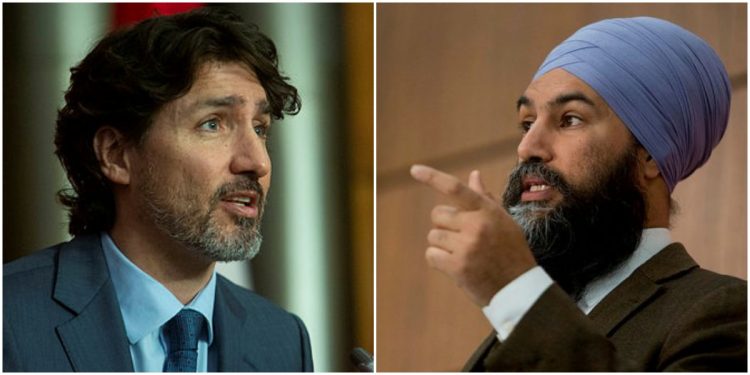 “Canada is a post-modern society,” stated a freshly-minted PM Justin Trudeau  in 2016. “Diversity is our strength.”

It is with irony that a curious observation is made. While PM Trudeau claims diversity is our country’s strength, social conflict resulting from race-related issues are at an all-time high.

How to reconcile this situation? Here’s how CAP see things: racism has transitioned into a political tool. And a powerful weapon it is. Want to crush the political competition? Play the “race-card,” and you are well on your way.

Naturally, a certain degree of coordination must exist. A ruling government will be far more successful if it has media in its pocket to drive the agenda forward.  Erin O’Toole and the Conservatives getting a bit too close in the polls for the Liberal’s liking?

Throw the racist tag at them, and watch them drop in the polls. And yet, in many ways this element pales when compared to a larger societal issue at hand.

What Canadian society has on its hands is a government-media coordinated assault upon an identifiable community– Anglophone Canadians.

Everyone’s doing it these days. Government, our academic world, as well as Canada’s “multicultural industry”— a hidden political powerhouse of influence upon the Liberal government.

How about this for an example of race-based attack: in “celebration” of British Columbia’s 150th anniversary, Sharanjit Kaur Sandhra of the Sikh Heritage Museum has this to say:

This book offers a bold, honest, historical correction to the false narrative that Canada is exempt from white supremacy and racist nation state formations.”

What a direct hit to the soul of white Canadians this is. But what sticks in the craw even more is the fact that these multicult -pushers never make a distinction between historical racism, and present-day society. A critical factor this is.

What naturally manifests as a result is never mentioned by media: it lumps together all Anglophone Canadians–- living and dead.

Consider this hypothetical as a comparison: mainstream media outlet XYZ publishes an article which fails to distinguish between Osama bin  Laden, and the general Muslim population in 2021 regarding responsibility for the World Trade Centre bombings.

What would transpire as a result? You know as well as CAP–- all hell would break loose as a monumental case of “Islamophobia” is unleashed upon the world.

A double-standard at play– or what? Of course it is–- yet this dynamic is nothing short of everyday life in contemporary Canada. The fact that Old Stock Canadians are on the receiving end of systemic community attacks is bad enough. What makes matters worse is that our communities have no vehicle to fight back.

This, in CAP’s opinion, was strategically “cut off at the pass” by institutionalized branding of white Canadians as perpetual racists. In other words, the Great Reset globalists “think of everything” when it comes to protecting their nefarious long term goals. They have all bases covered before the targeted populations have had their morning coffee.

Is one of these goals a permanent vilification of Anglophone Canadians?  Success by way of government, media and multicultural industry suggests the  program is thus far a near work of perfection.