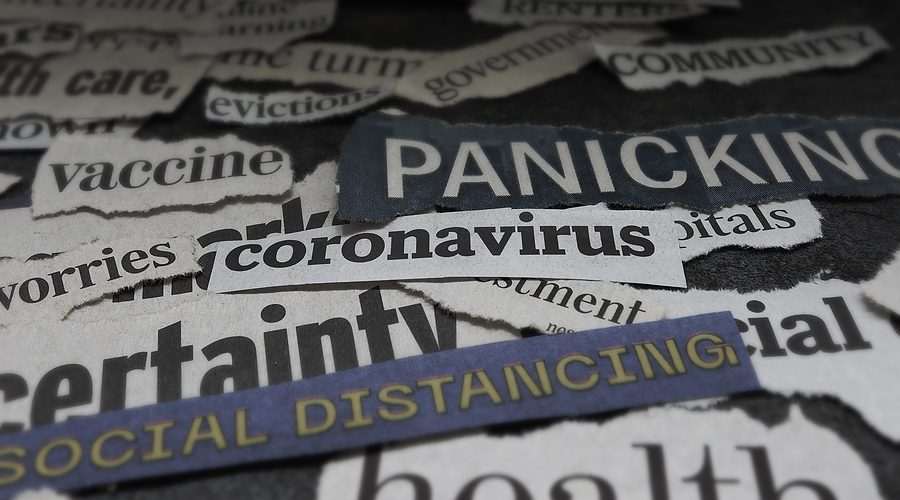 In terms of fundamental changes desired by a government, the best laid plans are those which are implemented subtly over an extended period of time.

When planning political strategy, to unleash too much all at once may result in a degree of public awareness from which public backlash will occur. Such is the way when considering countries of the world that exist under a communist system of governance—for example, within China, or the former USSR.

One element that permeates all such transformations is found within the realm of a nation’s media. During such transitions, it is essential that newspapers and other media forms obscure the reality of the situation.

Working on behalf of government, their job becomes a matter of tweaking news presentation toward the will of the ruling government.

The process is therefore one of collaboration. A serious degree of government-media coordination is required to create an environment where the “new political order” is accepted without objection from “the masses.” By the time general society picks up on the reality of the transformation, it is too late to do anything to prevent it.

Within Marxist philosophy, this is the “socialist” stage of a country’s new political identity. In reality, the nation is now communist, but the public do not know it—yet. Once general society gain awareness, said country flowers into a purely communist society.

The nation of China is an excellent example. Walk up to any of their 1.3 Billion citizens, and inform them they live in a communist society. Doubtful any citizen would bat an eyelash at such a statement—the people know well and good they are ruled by a communist government.

The “good news” is that this is not the state of contemporary Canadian society. The bad news is that, in CAP’s opinion,  the year of 2020 was “ground zero” for  Canada’s transformation into a socialist society. We are, indeed, controlled by a socialist-style government— but we just don’t know it– yet.

The term Cultural Action Party uses for this state-of-affairs is a “pseudo-dictatorship.” The success of this aspect of our political journey is accelerated by a media entity when they  function as a “propaganda factory” on behalf of government.

Slowly, incrementally, over the decades, mainstream media in Canada morphed into a veritable partner of government. Not all the time, however.

The demarcation is found in the fact that when a Conservative Party government rules Canada, this phenomenon does not exist. Rather, it is when the Liberal Party of Canada are in power that the fusing of Ottawa and media comes together.

This was the case when previous Liberal prime ministers Paul Martin, Jean Chretien, and Pierre Trudeau were in office. Times do change, however you can take all three of them, multiply them by infinity, and it would not total this dynamic as exists with Justin Trudeau as prime minister.

In truth, Canadian media has become “born-again”—much of it due to Trudeau’s billion dollar “donations” to the CBC and the rest.

Returning to the concept of government and media synergy,  it is here astute Canadians will come to understand what has transpired under the “leadership” of Justin Trudeau.

If one can accept this scenario, then it is pretty darn difficult to suggest it is not occurring for a specific reason. There must be a purpose.

For CAP, the answer is found in a pre-conceived agenda of transformation from a democratic society into a form of socialist dictatorship.

To achieve such a goal, a foundation is required. PM Trudeau and his backers cannot simply “snap their fingers” and accomplish this task.

How to create the foundational “rock” upon which to build a new Canada— a “post-modern” Canada, as Trudeau prefers to describe it.

The answer is to win a succession of federal elections. Three or four may do the trick. How is it done? The answer lies in immigration policy. Establish the largest migration quotas in the 153-year history of our country. This, of course, Justin has done.

Utilize the new arrivals as a tool to lock-in the Liberal Party for three to four terms in a row. Keep importing millions of immigrants, most of whom are sourced from non-democratic nations.

Immigrants vote for the party in power at their time of arrival. Trudeau knows this, and so do his handlers, advisors, as well as his Laurentian Mountain uber-rich associates.

Next, repeat until the federal election process becomes a moot point. It is now irrelevant, and futile. Why, for example, would the Conservative Party of Canada—if they even exist at this time—pumps tens of millions of dollars into a losing political cause?

Logical answer: they wouldn’t. As a result, Canada transitions from a democracy to a dictatorship.

This is how a democratic country isstolen from its rightful owners—the citizens of Canada.