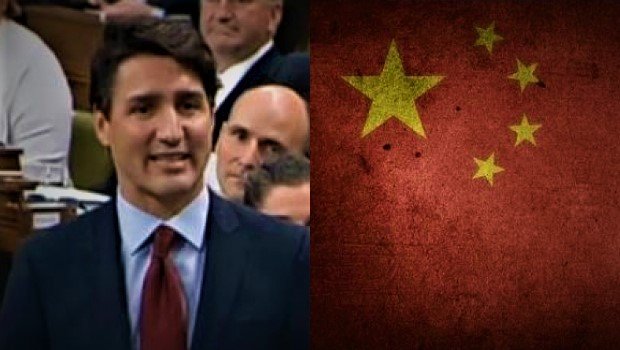 Within the spectrum of Canadian politics, curiosities are as prevalent as snow in Nunavut. Indeed, CAP has been a prime mover in their exposure, much to the chagrin of Liberal snowflake citizens clinging to the globalist ethos.

In what should be a major peculiarity, an Angus Reid poll dated November 10th, 2020, informs Canadians of the following:

“An Angus Reid poll found Trudeau has regained most of his personal approval ratings that had dropped in the wake of the WE charity scandal.”

How quaint. Be it rain, snow, sleet or scandal, PM Justin Trudeau always manages to regain whatever popularity he lost. The WE Charity scandal? Forget about it! Turns out Trudeau is back in contention, suggesting a possible third victory as prime minister– if and when this time ever arrives.

What Media Never Speak Of:

For one thing, anything related to the future destiny of Canadian society. Take one example. The highest immigration quotas on earth will one day result in a giant transformation:  Canada’s “Old Stock” communities– Anglophone, Francophone, Christian in the main– will in time become relegated to “minority community” status.

Degree of focus by way of CBC and corporate media? Nothing. Looking back in time, the long term impact of  “multiculturalism” has resulted in punitive damages toward identifiable Canadian communities. For example, the CBC’s reluctance to hire white males base upon priority hiring for 3rd world migrants.

Beyond this, a media trend that should have been recognized long ago  remains elusive till this day: the general public only become aware of a damaging social trend when it is  TOO LATE to change it.

For CAP, this is Canadian Liberalism at its core. In more colloquial terms– in reference to Canadians icons Bob & Doug MacKenzie— this is how Canada “got hosed.”

There is nothing on  earth more effective at accelerating Canada into a  “One Party State” than the current pandemic.

One manifestation of many: a transition from in-person federal election voting to online voting. Under this scenario, Canadians far less paranoid than CAP could conclude that manipulation for election outcome is likely.

What CAP see as a viable outcome is that the ruling Liberal government–and perhaps Justin Trudeau himself–will be entrenched as a federal government for decades to come.

Again thinking of media’s neglect toward future society, let us speculate that the Liberals succeed in winning six elections in a row. What then is the point of federal elections–or democracy, for that matter? Why would so-called competitive political parties invest millions in election campaigns and candidate promotions?

They wouldn’t. In this dynamic we find the key to Canada’s potential transition from democracy to dictatorship.  Degree of speculation from the CBC?  Not a single sentence.

Always after the fact– from the immigration and multicultural policies of prototype globalist Pierre Trudeau, down through the anti-democratic machinations of Justin Trudeau.

Will this “after the fact” phenomenoncontinue in perpetuity? If so, the long term results– loss of freedom and democracy– will end up “speaking” for themselves.