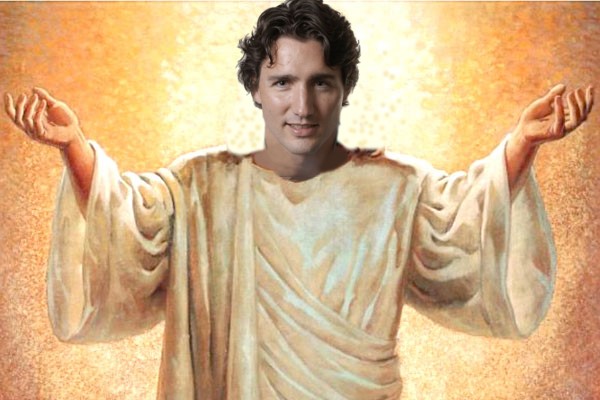 “Some people are just born that way” is a well-known description of a troubled person’s behaviour. After witnessing six-years of Justin Trudeau as prime minister, it is difficult to find a more appropriate summation.

A duality exists: there is the “public” Justin Trudeau, and the mental thought processes driving his decision-making. As such, a psychological profile of a three-time PM is called for.

As it is with all of us, the seeds of his cognition reside in childhood and family upbringing. Much of our PM’s mental condition is to be found in family dysfunction. Throughout the lifetime of Pierre Trudeau, Justin remained a serious under-achiever. During his early years, young Justin functioned as what can be described as a “good-time-Charlie.” Hence, his costume years, which found our PM prancing about in East Indian garments, complete with pointy satin shoes one sees in Bollywood films.

Unusual behaviour? Of course it is. Upon victory in 2015, Mr. Trudeau had plenty to prove. A serial non-achiever, it didn’t take long for Justin to develop a “saviour-of-the-world” complex. Inherited from mother, a streak of mental mania fuelled Trudeau’s political decision-making. Instantaneously, our freshly-minted “King of Kings” created a spectacle out of importing 35,000 Syrians. His next project– one likely to bring national sovereignty to an end– was an attempt at a free trade agreement with China. Fortunately, he failed.

Another gem was obfuscated by media. After receiving his Canadian crown, PM Trudeau sold Canada’s gold industry to China. Trudeau’s decision to dump all Canadian gold holdings came just months after his election as PM in 2015.

All of it pointing to what should have been a common perception: Justin Trudeau is not a very deep thinker. The man is impressionable. When others whisper in his ear, he buys what they are selling– particularly when influencers express how a move will make him shine upon the world stage. Speaking of this stage, we come to the “tweet that changed the world.” We reference Trudeau’s spontaneous message to refugees of the world that they are free to rush the Canadian border. While technically illegal, the PM baited the globalist hook with promises of free money and accomodation.

What does all this speak of on a psychological level? Does a common thread of mental mania not rise to the surface? Has Justin Trudeau inherited a half-life of manic depression from mother Margaret? Evidence for Mrs. Trudeau’s mental illness comes not from critics, but rather from the lady herself:

“I had to rebuild myself. I had an intervention. I had the police take me to the hospital  strapped down because I was so resistant and so ill.”

Why is it that the psychological breakdown of Margaret Trudeau has never been a cause for concern? Media has for decades presented her mental issues with jocularity— it is all one big joke.

Without question, Pierre Trudeau served as a source of mental aberration found in his supposed first-born. It is here that a serious dose of malevolency entered the picture. There was one area which Pierre Trudeau would never shake— an animus toward English Canada, colonialism, and “white privilege” he believed to be endemic in society.

The result was an angry child with a chip on his shoulder regarding the state of our nation. If Trudeau Jr. was ever to gain a position of power, he would set all this straight. Then, once his insatiable need for power had been fulfilled, it was time for vengeance. His target was English Canada, Anglophones and the damage to  society he would blame them for.

Justin Trudeau has never had an interest in being a “conventional” national leader. Nor has he desired to be a prime minister for all Canadians. His narcissism has driven him to pursue something far more lofty– he would become a woke globalist saviour of the world.

Thus, the “saviour complex” of a prime minister– a classic symptom of Narcissistic Personality Disorder.  Bent out-of-shape from decades of under-achievement, family scandals, superiority complexes and parental humiliations, these are the elements which guide PM Trudeau’s political behaviour.

What are some some of the repercussions? In terms of the mental condition of Megalomania, history reveals what happens when national leaders fall into this category. All other issues fall by the wayside. The largest deficit in history? Not a problem. The greatest degree of personal debt? Record-setting inflation? Not a priority.

What Justin Trudeau cares about is not management of our country– it is transformation of our country. The creation of a woke utopian society as fueled by World Economic Forum ideology, and other global players who whisper in his ear.

PM Trudeau cannot see the forest through the trees. His keepers have him locked in a cocoon. Continually fuelling his narcissism, Trudeau is convinced he is doing the right thing. The man has no relationship with the Canadian people. In his mind, those who oppose him constitute a tiny fringe of trouble-makers. He can do no wrong, never has, and never will.

We witness parallels with similar characters of political history. In all cases, a point is reached where the house of cards come tumbling down. In the end, Justin Trudeau’s animosity toward our country, its history and our “Old Stock” communities will be his undoing.