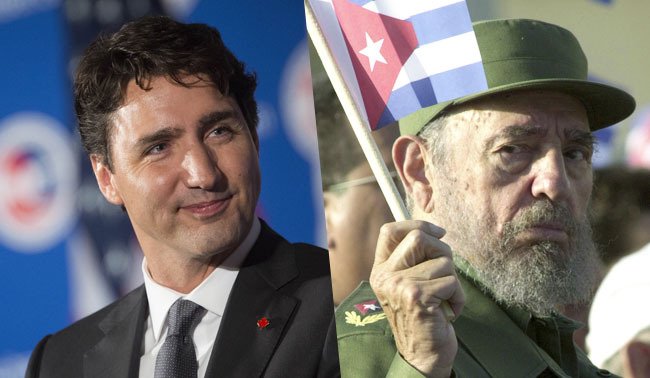 Culture in Canada. It has to be one of the most  curious, under-discussed political issues of all-time.

Our ruling government and media believe Canadian culture to be one thing, while the social conservative movement–and CAP specifically– see our cultural institutions in a completely different light.

For the Liberal government and their media machine–CBC in particular– culture in Canada is defined by how “un-American” our media institutions are. They fret over the loss of Canadian identity by way of media behemoths like Twitter, Netflix and Facebook.

A succession of Ministers of Cultural Heritage have towed this line–  Pablo Rodriguez and Melanie Joly before him. Yet, paradoxically, these MP’s give the thumbs up to massive tax breaks for these American social media giants. Canadian media organizations do not receive equivalent tax-breaks.

Therefore, in this manner the Trudeau government actually encourage this form of cultural imposition. Here is where things get interesting–Canada stands alone in this regard. EU nations such as Germany, France, many others have taken steps to either tax Facebook and the rest, or impede their penetration within respective media markets. Australia too has done so.

What has the Trudeau government done? Simple–nothing. King Trudeau and his Sunny Gang of Culture-Killers remain an outlier in this regard. Basically, Justin Trudeau lets these institutions completely off-the-hook. No taxation, no impediments, no nothing.

Why? To listen to Laurentian Mountain elite Finance Minister, MP Bill Morneau tell it–the reason is because he does not want to pass on the extra tax to Canadian citizens.

So this is the reason why Trudeau, Morneau and Gerald Butts do absolutely nothing to impede this “cultural” imposition. Then CBC bemoan the erasure  of Canadian “culture.”

He is what CAP has to say about this rationalization: It’s a pile of hog wash. Yes, there is an element of an erosion of Canadian culture–but this is the GOAL of the Trudeau government. CBC come across as if the USA is the great cultural bully of all-time, and if we don’t resist this American media and entertainment assault, Canadian “culture” will be lost “for all-time.”

Quite. First of all, on the one hand they complain, and on the other hand they promote. How Liberal-Globalist is this? Very much so. Alright, so Canada experiences an element of cultural degeneration in this regard.

Yet, while CBC moan about this, they completely overlook other cultural impositions: multicultural policy, for one. Mass Third World immigration mean anything to you, Mr. Globe & Mail? Of course not.

How about recent religious community developments. How about a little thing called the fall of Christianity and the rise of the Nation of Islam–not culturally impeding enough for you, Mr. Toronto Star?

How about dozens and dozens of ridings which by way of immigration policy–in tandem with Pierre Trudeau’s Charter of Rights and Freedoms, has trans-formed these ridings into minority white constituencies, complete with enough Punjabi and Farsi public signage to trans-sition the “hood” to a Third World city replica?

Not a loss of culture, eh? What a GIANT sham this is. If it wasn’t so darn pathetic it would be sadder than hell. What about over one billion dollars per year taken from Old Stock Canada, and handed to organizations like the National Council of Muslims to promote their cultural and religious ideologies.

As an aside, CAP have followed issues of this nature of over 30 years. We have never seen a “multicultural organization” gain so much power so fast as this NCCM not-for-profit. They offer new employment positions like its going out-of-style. Accountants needed(ya we bet), case workers, lawyers,etc. These folks are constantly expanding their horizons now that King Justin wears his Canadian Crown.

READ MORE: Trudeau’s Canada: Where The Most HATED MP’s In History Win EVERYTIME

CAP Summary: So Justin Trudeau supports a dissolution of entertainment and media “culture” in Canada. Therefore, he is supporting a non-Canadian “cultural” behemoth, straight up. Additionally, Trudeau supports oil important from Saudi Arabia over Canadian oil production — an economic example.

Blimey– that’s two cases where the Liberals choose foreign nations over and above the Nation of Canada. Is there more? Of course there is– Trudeau pushed for a free trade deal with his “homeboy” nation of China. Naturally, the thing was completely biased toward a benefit for China over Canada. Yet another example of putting a foreign nation first.

Anything else? Oh yeah, there is– Mr. Trudeau has placed Islam above Christianity by way of M103, the “Islamophobia” motion—another culture imposition benefitting a non-Canadian entity, this time in a religious capacity.

Are we getting a fully formed picture yet? If not, let CAP spell it out for you– regarding all aspects of Canadiana, Justin Trudeau chooses a benefit for the non-Canadians, as well as a ubiquitous dedication to the erosion of Canadian culture, identity and heritage.

Why? Because if this pseudo-dictator remains in power long enough, Canadian will under-go the biggest trans-formation in national history– every component of 153 years of Canadian identity will be destroyed–including the current Canadian flag(CAP’s guess).

So what will arrive in its stead? Or perhaps more succinctly expressed– what neo-identity will come along to replace the “No Core Identity” Trudeau forced upon our society with zero buy-in from the public.

Stop the press. Media silence–why do CBC and others never speak about the future of Canada? Is this an erroneous claim? When’s the last time you read a National Post article on the demographic make-up of society coming our way over the next 50 years? How about this little tid-bit:

By 2031, Statistics Canada tells us that white Canadians will transition to a “minority” community. What is this supposed to be according to CBC—chopped liver?

See how they roll. Government, media, immigration, die-versity. Every damn move that Justin Trudeau makes is setting Canada up for a “Great Globalist Revolution.”

Media say nothing–because they are instrumental in an agenda to turn Canadian upside-down and inside-out. And who will suffer most–the poor, downtrodden migrants from Somalia?  The suffering Sikhs?

Not a chance–the designated target communities are Anglophone and Christian Canadians–the largest demographic communities in Canada.