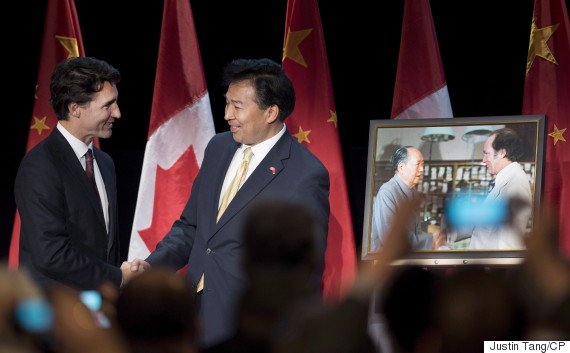 The National Citizens Coalition of Canada is fighting to Take Canada Back, with a new petition created in opposition to PM Justin Trudeau’s pseudo-totalitarian takeover of Canada.

An interesting dichotomy flavours this social dynamic–those who understand, and those who do not. The numbers look bad. As an estimation, CAP will guess that perhaps 10% of Canadians comprehend this destructive transformation.

Those who make an effort to discover the truth behind the lies may uncover the reality of this agenda. Meanwhile, we estimate 90% of Canadian society does not understand the job description of Justin Trudeau— which is, of course, a complete transformation of Canadian society.

A prototype rap music artist by the name of Gil-Scott Heron recorded a song called “The Revolution Will Not Be Televised” in the mid-1970’s. Here is what CAP think about the present communist-inspired hi-jacking of Canada by government:

“The Revolution Will Not Be Televised”— as in, CBC, CTV, Globe & Mail are covering up Justin Trudeau’s “Silent Revolution” presently occurring in 2020 Canada.

This term is often associated with Chinese Dictator, Chairman Mao Tse Tung. A lady who lived through his “Quiet Revolution” had this to say: t

“Even half a century on, Yu, a retired journalist, says she is still trying to fathom the horrors she witnessed that summer and to understand how she was radicalized into becoming one of Mao’s “little generals.”

Holy Crow–sounds pretty darn scary to CAP. Yet, we shall confess the belief that no patriot wants to hear: Justin Trudeau is now emulating China within the dying democracy known as Canada.

One of the fundamental problems to undertand is how specific communities will suffer under Trudeau’s communist emulation of his families preferred society. Here is something that Papa Pierre once publicly stated–100% BURIED by the CBC:

Now, some information from brother of our PM, Alexandre Trudeau:

“In 2016, Prime Minister Justin Trudeau’s brother Alexandre stated Canada has lost its unique voice in the world and fallen into the role of a “confused follower nation” — but building a “unique relationship with China” could help fix that.”

The Liberal leader was asked which nation he admired most. PM Justin Trudeau responded: “There’s a level of admiration I actually have for China. Their basic dictatorship is actually allowing them to turn their economy around on a dime.”

Then, CBC brings all this together to conclude that communist China is the “apple of the Trudeau family’s eye”– NOT!

See how they roll? It’s a veritable Liberal-Media “tag-team” for the infusion of China-brand communism into Canadian society. Corporate Media in Canada hide all this way from 38 Million Canadians.

CAP Conclusion: In 2020–without public awareness–democracy in Canada IS DEAD. We are living under a disguised dictatorship. The influence comes from a hidden, mini-society emulation of China-brand communism. Trudeau and team are taking bits and pieces from the successful totalitarian government of history to shape our nation into not what the public wants, but what THEY want–exclusively– for the destiny of the dying Great White North.

Communism–right? Come on, fellow nationalists and patriots– you know this is the truth of the matter. So that makes what–5% of our nation? Point being, that without a ubiquitous buy-in from major media in Canada, our citizenship would actually comprehend the madness that is Justin Trudeau and his Sunny Gang of Liberal culture-killers.