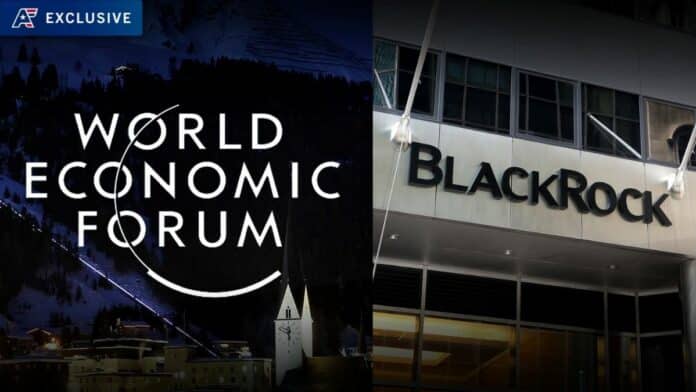 “Covid has shown us that companies committed to stakeholder capitalism perform better than those who do not.”

The term “stakeholder capitalism” is the economic buzzword of our time. It’s premise represents a shift away from what is known as shareholder capitalism. Within corporate business models, the former speaks of dedication to social justice; the latter to singular pursuit of shareholder profits.

Beneath the approach is found a world of subterfuge. It is a story of power-politics yet to be understood by general society. Unprecedented in nature–  therefore positioned as “progressive”— the goal is transformation in perception of corporate business models.

Stakeholder capitalism is the fuel for movements such as Black Lives Matter.  Relationships with the NBA are a quintessential example. In attempts to improve public image, corporations have thrown big money at BLM. No longer the “Big, Bad Wolves of Wall Street,” woke capitalism infuses altruism within corporations. From Big Pharma to Clean Energy, a feigned benevolence underlines motivation.

Too bad it’s a giant deception. Behind the scenes is the greatest power-grab in modern history. The outcome is a synthesis of government, global business, media and other institutional powers. The result is erosion of democracy, replaced with a form of neo-socialism.

Welcome to the world of Wokenomics. Under this model, non-elected business leaders influence government policy as never before. Positioning their decision-making as compassionate in nature, the general population fall for the agenda. All the while, corporations are extracting power from the people, and shifting it to themselves.

The result is antithetical to democratic governance. As power shifts to corporations, the public lose all influence upon government. Rendered meaningless, government concern boils down to one factor only: voting patterns of the general public.

Does this outline not fit the political model of the Trudeau government? In 2022, citizens have no say in government decision-making. Rather than working for Canadians, Prime Minister Justin Trudeau has spent six years on a completely different tangent. We begin to understand his baffling approach to his job.

“Wokenomics” becomes the social standard. Masquerading as avatars of morality, the Woke ethos permeates all aspect of western society. Lost among the messaging is the socialist nature of the beast. If Justin Trudeau is having difficulty passing legislation, back-door methods are available to get the job done.

Hence, the relentless drive of government on climate change. Systemic racism is the order of the day. Critical Race Theory becomes ingrained within our education system. We pick up on a common thread: every bit of this is driven by non-Canadian global forces. World Economic Forum, World Health Organization, Open Society Foundation. The prime movers are people like Klaus Schwab, George Soros, and Bill Gates.

Then we have Justin Trudeau. With puppy-dog style enthusiasm, our PM functions as a woke Canadian evangelist. Trudeau’s model for Canada is 100% detached from the desires of our citizenship. The man is a woke global puppet of the highest order. Media breathe not a word about it.

When those with insight speak of these dynamics, they are shut down by Trudeau’s media team. Branded racists and conspiracy theorists, credibility is thrown in the trash can. The result is a negation of social conservative theory: the power of the one percent. A cabal of global elites who control the destiny of the planet. Trudeau wants to be one of them– desperately. Unfortunately for him, the ultimate power is not found in the halls of the Canadian Parliament.

According to a book titled Woke, Inc., the controllers of the neo-socialist revolution are foreign dictators. No wonder Justin Trudeau is behaving like one of them. The keys to the woke kingdom are found in the one percent’s desire to penetrate the largest business market in the world: China. On this basis, the ultimate controller in the CCP, the Communist government of China.

Ever wonder why our Liberal government constantly push ethnic rights while remaining silent on the genocide of Uighurs in China? This is why. To condemn China is to risk being cut-off from their marketplace. Why does Disney push the woke agenda to the hilt? Because they want access to the Chinese market.

As a result, China begins transforming international corporations into trojan horses. Larry Fink, CEO of Blackrock, Inc. is one of the most powerful business people on the planet. He is as woke as they come. Klaus Schwab of the WEF is another.

Ever wonder why the LGBT agenda is pushed so hard within society? Because these types fund the industry. Gay and transgender rights fall into the same social justice category as rights for racialized communities. Social justice serves as the impetus for an establishment of Fink, Soros, and Schwab’s greatest dream: a one world business market.

In Canada, PM Trudeau pushes every aspect of their agenda. Social justice, Covid, LGBT rights, transgenderism, climate change, digital ID, systemic racism. Trudeau is not Canadian in the traditional sense of the word. He’s a “citizen of the world.” For him, our country is only relevant within the context of global politics.

We draw a conclusion: our prime minister does not work for the people of Canada. He works for the Woke Revolution and Wokenomics–  fundamentals of World Economic Foundation ethos.

Justin Trudeau and the Liberals control Canada because they adhere to the Woke Revolution in totality. Nothing less will do as Canada transitions to a socialist dictatorship.