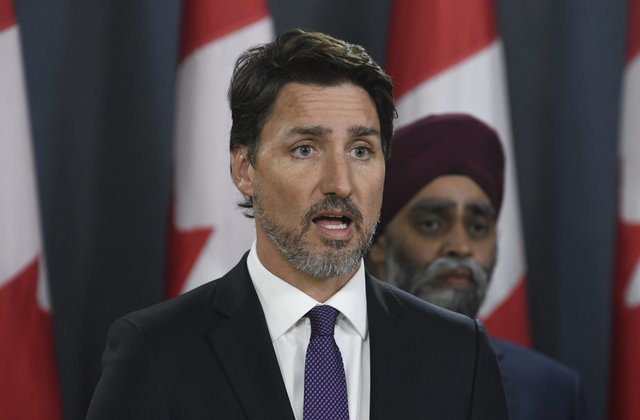 As of the year 2020,  there are a total of 338 seats within Canadian parliament. For a federal party to a majority government, 170 seats are required. Otherwise, it comes down to which party wins the most seats in a federal election.

A critical, yet under-exposed aspect of success in election victory, is found in the power of the immigrant vote in Canada. Cultural Action Party has written on this topic from multiple angles in the past.

For example, we have referenced the Liberal political powerhouse that is the Greater Toronto Area(GTA), where the immigrant vote dominates in dozens of ridings. Due to a concentration of 3rd World migrants and corresponding 3rd World MP winners— a number of which are only half-citizens of our country–  the Liberals maintain a perpetual lock on these ridings.

This phenomenon relates to a political structure pushed under-the-carpet by Canadian media–the fact that there are no term limits for MP’s in Canada.

Beyond this, geography and related immigration population is playing a massive role in success for the Liberal Party of Canada. Media have never alluded to this in any capacity. If this were to be presented in its true essence, the Liberals would properly be known as the “Liberal-3rd World Party of Canada.”

Here’s a question one can wager will never be posited by the CBC, or any other establishment media outlet:

Hypothetically, this means that if Justin Trudeau and his demographic-engineering immigration policies win every seat in Quebec and Ontario— less 28 seats–they win a majority government.

How to ensure this occurs?

The answer is found in geography in tandem with immigration:

— Pack the GTA with immigrants. Replicate in Montreal. These folks vote for the party in power at the time of entry to the country. No surprise, this is a fact obscured by government and media. Justin Trudeau knows this well and good, as does back room advisor-in-the-shadows, Gerald Butts.

— Win over the paltry seats of Atlantic Canada as an early foundation.

Let the election begin. Votes are counted east to west. Trudeau’s Liberal-Globalist Party are out-front by the time the vote-count hits eastern Ontario. Already, a nice little buffer has been established.

Moving into the Liberal “bread-basket, Team Trudeau begin to kick butt. In 2019, Trudeau’s Liberal won 45 out of 50 seats in the GTA. Here is a list of GTA Liberal MP winners:


Next, the election count moves into Western Canada. In 2019, the Liberals did not win a single seat in Saskatchewan or Alberta–yet still won the federal election.

READ MORE: Was The Mysterious Death Of Brother of PM Michel Trudeau Covered-Up By Canadian Media?

Are these western votes therefore superfluous? If one wants an answer, do not go to CBC, CTV, Globe & Mail or Toronto Star for an answer–you would be wasting your time.

Now, add a final component: this phenomenon has no place to go but up. Trudeau has hereby established the highest immigration quotas in the history of Canada.

End Game: the Liberals win every election in perpetuity. The result is a pseudo-dictatorship in Canada. Democracy is rendered irrelevant, and the Liberal government get exactly what they have worked to accomplish:

Canada’s transition from western democracy to socialist dictatorship. Throughout the entire experience, mainstream media utter not ONE WORD about the phenomenon.