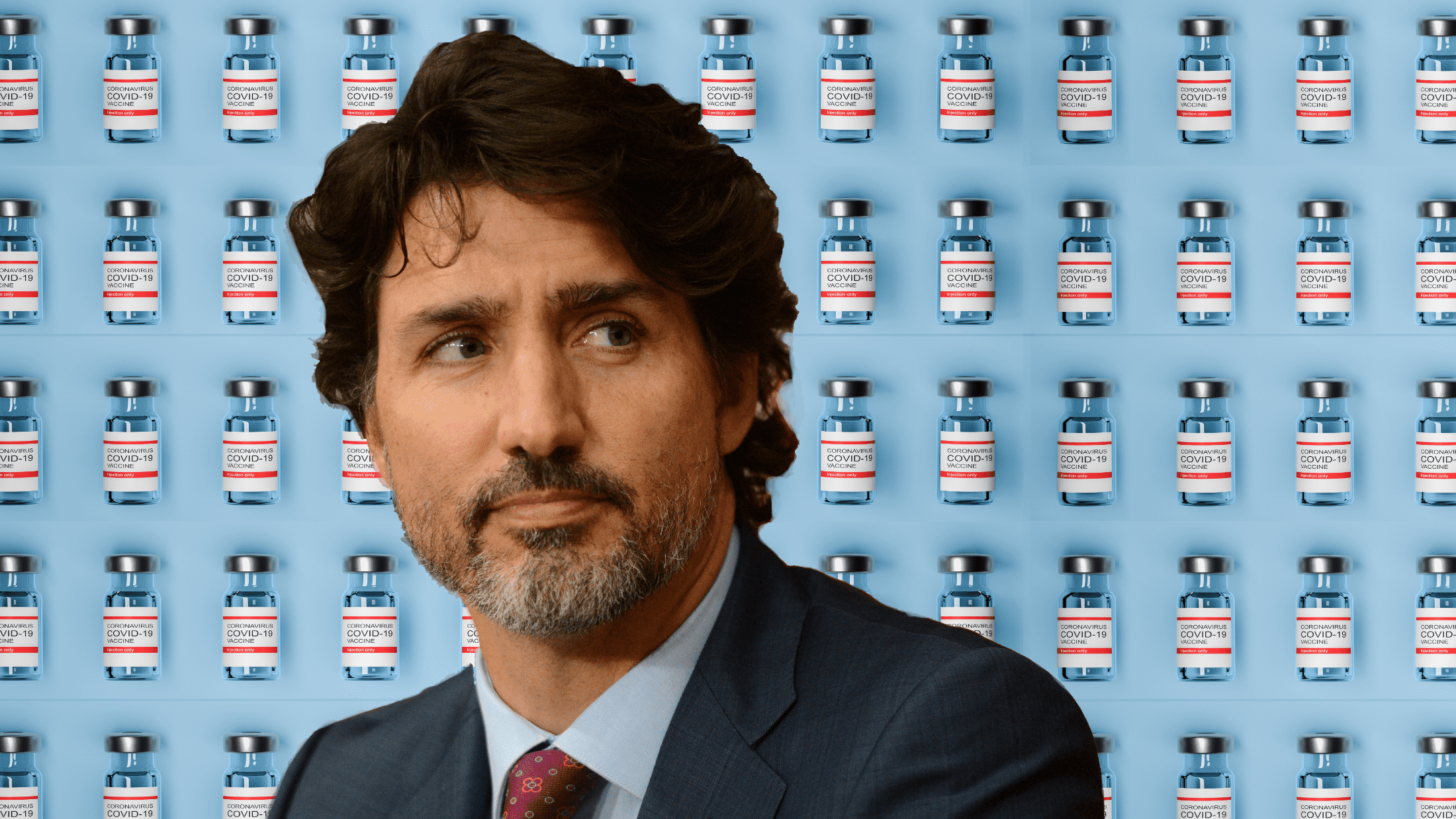 “This complex has managed to concentrate more money and more power in its hands than any force in human history.”

A recent Global Payments Report informs Canadians that by 2025, cash will only make up three per cent of all point-of-sales transactions in Canada — one of the lowest cash payment rates in the world. Canada is one of the leading countries when it comes to going cashless.

“The spike in digital adoption was fuelled by the Covid pandemic,  as Canadians turned to virtual, mobile and online payment transactions in record numbers.”

Does Covid exist as subterfuge for an entrenchment of a frightening “New World Order?” If Justin Trudeau has his way, Digital I.D. and Digital Currency will at the least result in a New Canadian Order.

Government and media speak of the convenience of a post-modern digital Canada. The idea that Digital ID is the greatest affront to individual liberty remains in the basement of media communication to the public. Likely, it will remain this way.

A new article from Global Research points to the imminent arrival of Digital Currency:

‘How Covid Became the Path to Global Financial Surveillance’

“Every indication is that CBDC’s arrival is imminent. Several global banks have announced a partnership with the New York Federal Reserve to pilot digital dollars. The risk isn’t the electronic part– it’s the fact that a central bank will oversee the digital currency.”

“It’s impossible to overstate the risk presented by CBDC. Whether it’s a utopian vision based on good intentions or a sinister plot to crush our sovereignty, the result may be the same: Control. A Central Bank Digital Currency has all the downsides of fiat money, plus the added layers of surveillance overseen by the state.”

World Economic Forum push it; Justin Trudeau follows suit. Away from media presentation, we note the affinity– whatever WEF wants, our PM pushes.

Bingo. CBC may not say it, but our Liberal government are a world leader in Digital Currency adoption:

Bank Of Canada: “We are building the capability to issue a digital version of the Canadian dollar—known as a central bank digital currency (CBDC) —that Canadians can trust and rely on so we can be ready should the need arise.”

What a load of hokum: “should the need arise.” Of course it will arise– whether 38 million Canadians like it or not. Through this vehicle–as exacerbated by China’s Covid dissemination, our society is to transition to the contents of Justin Trudeau’s deepest dream:

A neo-communist, China-derived form of governance with an ability to punish Canadians at will. Wanna see some of the concepts they are cooking up?

Dystopian? Orwellian? Downright fascist? It could be all-of-the-above, and PM Trudeau will still implement it in Canada.

“If CBDC ultimately becomes the new monetary system, its core features will make it so that world governments will no longer need something like a global health crisis to print money or close society.”

We hit the jackpot. Countries of the Western World, none more than “post-modern” Canada, are transitioned to replicas of China. Justin Trudeau, supporter of communism, is to ensure all goes smoothly in our nation’s transfer to neo-fascism.

Not in Canadastan they aren’t. TD, CIBC, BMO, Hong Kong Bank? Forget about it. In reality, all are ready-to-roll. Think Trudeau’s Woke Revolution to be a dystopian nightmare? While we are at it, we add to this Bank of Canada’s Digital Revolution.

‘The Digital Financial Complex: Central Bank Digital Currencies, The End of All Democracy?’

We get to the heart of the matter. Don’t you know? Democracy is a dying breed– nowhere more so than in Trudeau’s “no core identity” Canada.

“There is a force that stands high above all governments, pulling the strings in the background, a force that exists in China just as it does in the US or in any other country. It is the digital-financial complex, the symbiosis of the most powerful corporations in the digital and financial sectors.”

There you have it. No, the hyperbole won’t be verbalized on CBC News. The inevitability will not be articulated by CTV, Globe & Mail, or the Anglophone-hating Toronto Star.

The reality will be hidden from the purview of all Canadians. We come to understand how contemporary Canada really works. Justin Trudeau has transitioned the mainstream press to Ministry of Propaganda–just as it is in China.

Can it be true? Communist China’s pandemic ends up transferring western nations to replicas of Chinese society. The government of China wins. WEF wins. So too the World Health Organization.

What a coincidence. While legacy media obscure the process. Justin Trudeau fulfills every fundamental of the World Economic Forum’s globalist agenda.

Regardless of left and right, most Canadians will agree that dictators are dangerous people. In 2022, Justin Trudeau qualifies in spades.