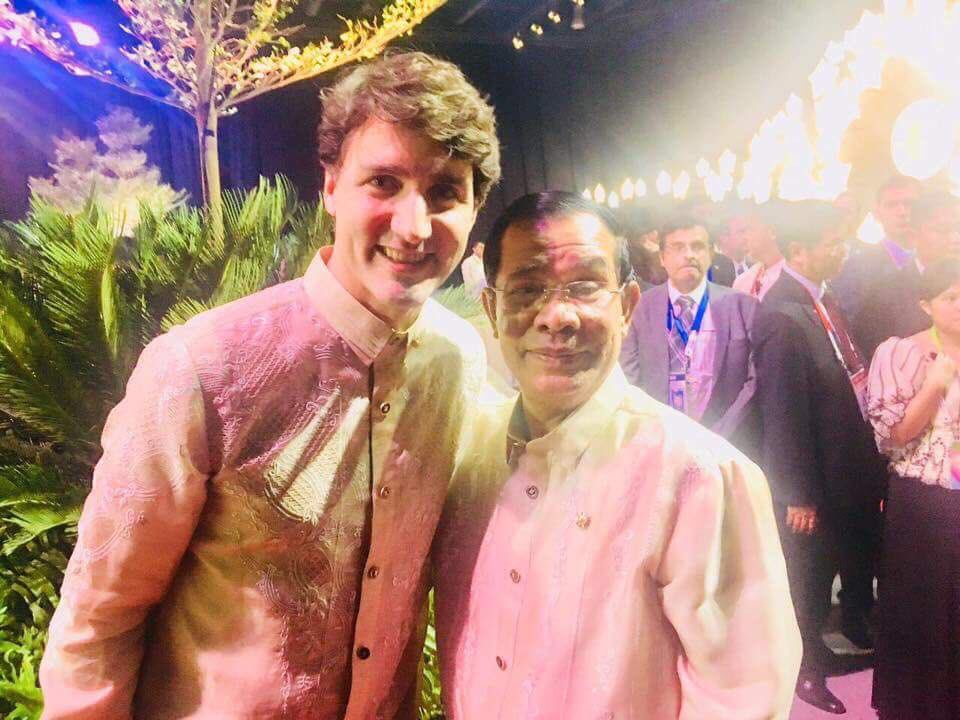 September 30th, 2021: Prime Minister Justin Trudeau is spending the first National Truth and Reconciliation Day on vacation in Tofino, B.C. His official itinerary placed him in private meetings in Ottawa.

Call it a pattern, or perhaps a symbol of political ignorance. Witness as Justin Trudeau skips out on one of the most symbolic events for Aboriginal Canadians in the history of our country.

At least his feet were located on Canadian soil. As for Remembrance Day in 2022, Mr. Trudeau is spending his time in Cambodia. Perhaps he feels the fresh communist air will do him good.

Based on communist ideology, Cambodian Dictator Pol Pot had been responsible for a systemic murder of millions back in the 1970’s. A fan of communist dictatorships, our PM prances over to Cambodia, removing himself from standing on Canadian ground for this solemn statutory holiday.

We understand what communists hold dear to their hearts. For propaganda purposes, Marxist ideology promotes an erasure of national history. If they can’t pull this one off, historical revisionism becomes the order of the day.

CAP note a consistent element of the Trudeau personality. Rarely does this man reference our national history in a positive light. Throughout his tenure, our PM has consistently dedicated himself to the running down of Canadian identity and heritage.

Are Canadians aware that the approach is lifted from Marxist ideology?

As such, Mr. Trudeau’s focus on Canadian Veterans contribution to Canada remains minimal. These men and women fought for a preservation of freedom and democracy. This type of thing is not Trudeau’s style. Neo-communism, media control, draconian measures, Covid crackdowns, erosion of free speech and frozen bank accounts– this is the essence of Trudeau-brand politics.

“The ASEAN summit is the first of four international meetings that Trudeau will attend over 10 days. He will also attend the G20 in Indonesia, the APEC meeting in Thailand and a Francophonie summit in Tunisia.”

How “Justin Trudeau” it all is. Cambodia, Haiti, Indonesia, Thailand. More than likely, it’s where our prime minister feels most at home. It certainly can’t be on the streets of our Canadian cities, where the man can no longer appear without copious amounts of pre-planning and security detail.

Pourquoi? Because in truth, Justin Trudeau is a hated man. Likely, the most disliked political figure in Canadian history. Yet, there he stands atop the political totem pole of our nation.

CAP cannot help but reference historical similarities. We don’t have to research Cambodian history to deduce that Pol Pot was a hated man. Various dictators of communists nations fit the mold. In 2022, so does Justin Trudeau.

Why? Because in so many ways, Mr. Trudeau is cut from the same cloth as historical dictators. One can even argue that the man “has it in his blood.”

“Fidel Castro was a larger than life leader who served his people for almost half a century. A legendary revolutionary and orator, Mr. Castro made significant improvements to the education and healthcare of his island nation.”

“I know my father was very proud to call him a friend. On behalf of all Canadians, Sophie and I offer our deepest condolences to the family, friends and many, many supporters of Mr. Castro.”

Quite. And it’s not on “behalf of all Canadians.”

Make no mistake: almosts never is this the case, and nearly always it’s a case of PM Trudeau’s presumption and arrogance. It would take the length of Tolstoy’s “War and Peace” to point toward all the instances when our Liberal government has defied the will of the Canadian public. As it is within communist dictatorships.

Here’s the thing about this odd-ball Trudeau fellow: he is so far past his due date it’s laughable. If he were a Safeway rotisserie chicken, he would by now be burned to a crisp.

It’s pretty much a done deal: common sense Canadians should not listen to one word this man tells them. For Justin, there exists one goal, and one goal only:

To transition Canada to a one-party state controlled in perpetuity by the Liberal Party of Canada. It’s in the blood of all dictators, for which Justin Trudeau qualifies.